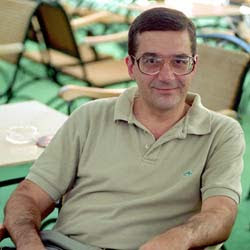 Utah Shootings: Yet Another Case of Sudden Jihad Syndrome, After All

Five weeks after the shooting spree by a 19-year old Bosnian Muslim, Sulejman Talovic, left five people dead and four wounded in a Salt Lake City shopping mall, the authorities claim to be clueless about his motives. The mainstream media, as our readers may recall, were quick to blame the Serbs for Talovic’s alleged early-childhood traumas that supposedly caused him to crack. (They even interviewed a Bosnian jihadi veteran to make that point.) From what we now know about the case, however, it appears that the rampage in Utah was yet another “lone wolf” attack by a Muslim-as-Muslim—in other words, yet another outbreak of the deadly sudden jihad syndrome (SJS) that is erupting across America with increasing regularity.

Talovic’s family and a “shocked” Bosnian-Muslim community were unsurprisingly quick to reject any possibility of the jihadist connection. “We are Muslims, but we are not terrorists,” the killer’s aunt, Ajka Omerovic, told the media. She rejected out of hand any religious motive for the shooting and claimed the family “can’t explain it”; but this may not have been the first case of SJS in the family: Amir Omerovic, apparently Talovic’s cousin, threatened to spread anthrax in 2002. Omerovic admitted sending letters to the offices of Gov. John G. Rowland, the U.S. Coast Guard and Marines in Connecticut, and the Judicial Review Council in Hartford. “This is only the beginning,” Omerovic’s letters said. “Americans will die. Death to America and Israel.”

Talovic’s Bosnian-born girlfriend who lives in Texas, and who knew him only through daily hours-long telephone conversations, says that his favorite film was Malcolm X—the same movie that triggered off John Walker Lindh’s path to jihad. Contrary to the family’s assurances, she also revealed that he had a contact at the local mosque, a man he met while attending services there. The mosque in question is just two blocks from the scene of carnage. It is the same mosque attended by U.S. Marine Corporal Wassef Ali Hassoun, the deserter now safely back in his native Lebanon.

On the eve of his attack Talovic told his girlfriend that something was going to happen the following day, an event that she may find unforgivable; yet he added that it was going to be “the happiest day of his life,” and that “it could only happen once in a lifetime.” The statement seems mysterious, and indicative of mental instability, if pondered outside the framework of Islamic imagery. If we assume that Talovic was motivated by jihad, however, the meaning of “the happiest day” that could “only happen once” becomes clear. The Kuran vouches that “those who are slain in the path of Allah” are not dead; (3:169) they are granted immediate entry to paradise, “to rejoice in the bounty provided by Allah.” This assurance is elaborated in the Tradition, and it is reiterated by countless orthodox Islamic sources. Thus when a suicide bomber blows himself up at an Israeli bus stop, loudspeakers on mosque minarets in the West Bank and Gaza announce his name with the “glad tidings” that “the virgins of paradise are happily receiving their new groom.” Families distribute sweets, as they would do at a wedding celebration.

A particularly intriguing revelation by the girl concerns a vision that Talovic told her he had experienced while still in Bosnia: One evening, as the sun was falling, he heard a horse outside of his family’s home. He walked out and, standing before him was a white horse “with two beautiful eyes.” He alerted his aunt, but she could not see the animal. The incident nevertheless made young Talovic “very, very happy.” To understand the meaning of this episode, and the reasons for the killer’s happiness, we need to turn to the Islamic Imagery Project compiled by the West Point Combating Terrorism Center:

If it looks like SJS, and kills like SJS… but the mainstream media refuse to connect the dots, and the authorities claim that there are no dots to be connected.

We’ve seen it all before, of course. As I noted in these pages almost two years ago, the pattern is by now almost boringly predictable: a Muslim commits an act of violence, or is caught plotting to commit one. The authorities are either quick to deny the suspect’s links with Islamic terrorism, or, if such a link is nevertheless suspected, adamant that he is acting alone. The local Muslim community responds with a mix of indignation and denial, with the assurances of the suspects’ impeccable character and surprise at his action, and with accusations of anti-Muslim bias. Non-Muslim civic leaders then respond by reassuring the Muslim community that it is loved and appreciated in spite of this “isolated incident,” and by calling on their fellow-citizens to be warm and supportive to their Muslim neighbors. The media report heart rendering stories of the Muslim sense of sadness, rejection, alienation, or else dwell on the perpetrator’s history of woe—in Talovic’s case by blaming the bloodthirsty Serbs.

As Robert Spencer reminded us in the immediate aftermath of Talovic’s attack, over the past year there have been several incidents of sudden acts of random extreme violence by Muslims against Americans. It is remarkable that even when the perpetrator explicitly linked his motives to jihad, the authorities refused to accept that explanation:

—On January 31, Ismail Yassin Mohamed, 22, stole a car in Minneapolis, rammed it into other cars, then stole a van and continued to ram other cars, injuring one person. All along, Mohamed repeatedly yelled, “Die, die, die, kill, kill, kill”; when asked why he did all this, he replied, “Allah made me do it.”

—Omeed Aziz Popal, an Afghan immigrant, killed one person and injured 14 during a murderous drive through the streets of San Francisco in August 2006, during which he targeted people on crosswalks and sidewalks. He identified himself as a terrorist but the authorities subsequently ascribed the incident to Popal’s mental problems and stress resulting from his forthcoming arranged marriage.

—On July 28, 2006, Naveed Afzal Haq forced his way into the Jewish Federation of Greater Seattle. Once inside, Haq announced, “I’m a Muslim American; I’m angry at Israel,” and then began shooting, killing one woman and injuring five more; yet an FBI agent stated: “We believe . . . it’s a lone individual acting out his antagonism. There’s nothing to indicate that it’s terrorism-related.”

—In March 2006, a 22-year-old Iranian student named Mohammed Reza Taheri-Azar drove an SUV onto the campus of the University of North Carolina at Chapel Hill, deliberately trying to kill people and succeeding in injuring nine. At a court appearance he explained that he was “thankful for the opportunity to spread the will of Allah.” Officials again dismissed terrorism as a motive, even after Taheri-Azar wrote a series of letters to the UNC campus newspaper detailing the Qur’anic justification for attacks on unbelievers.

The list of SJS-related incidents, and official denials of the syndrome’s existence, is growing longer each year, starting with the killing of Meir Kahane in New York in November 1990 by
El Sayyid Nosair. The authorities ascribed the killing not to jihad but to Nosair’s “depression.”

In March 1994, Rashid Baz, a Lebanese immigrant, opened fire on a van carrying members of a Jewish congregation on Brooklyn Bridge, killing one boy. The authorities claimed it was a case of “road rage.”

In February 1997 Ali Abu Kamal, a Palestinian immigrant, opened fire on the observation deck of the Empire State Building, killing one tourist and injuring six others before committing suicide. The authorities attributed the incident to Kamal’s “mental instability” caused by a failed business venture, and that version remained officially accepted until a month ago. Last month, however, his daughter admitted that a letter had been found on her father’s body justifying his act by his religiously inspired hatred for America, Britain, France, and Israel.

In 2002 two cases of SJS occurred at airports. In July Hesham Mohammed Hadayet opened fire at the Israeli Airlines counter at LAX, killing two people and injuring four. The FBI initially claimed that “there’s nothing to indicate terrorism,” but reclassified the attack as a terrorist act when it was revealed that Hadayet may have been involved with Al-Qaeda. In September Patrick Gott, a Muslim convert, killed one person and wounded another at New Orleans airport. He was armed with a shotgun and his Kuran, but the authorities claimed he was insane.

In October of that same year two converts to Islam, John Mohammed and Lee Malvo, killed 13 people in a spree that terrorized Washington and its suburbs for weeks; and yet again the media and the authorities denied the obvious connection. It was subsequently revealed that Malvo’s prolific religiously-inspired “artwork” included a self-portrait in the cross hairs of a gun scope shouting, ALLAH AKBAR! with the word SALAAM scrawled vertically, and a drawing of the Twin Towers burning and captions JIHAD ISLAM UNITE RISE! along with “America did this” and “You were warned.”

In March 2003 U.S. Army Sergeant Asan Akbar threw a grenade into a tent with fellow soldiers in Kuwait, killing an officer and wounding 13. He declared at the time of his arrest, “You guys are coming into our countries, and you’re going to rape our women and kill our children.” He gave his home address as the Masjid Bilal Islamic Center in South Central Los Angeles, to which he belonged and where he worshiped. In spite of this, George Heath, a public affairs officer for Fort Campbell, Ky., where the suspect was based, explained the incident by asserting that Akbar faced “a leadership challenge.” Another U.S. Army spokesman said the motive for the attack was most likely “resentment” rooted in Akbar’s “attitude problem.” Secretary of Defense Donald Rumsfeld blandly called the attack “the kind of an incident that occurs in cities and towns from time to time, and it’s always unfortunate, always tragic, and one has to go through a process of investigation to try to determine what in fact happened and why it happened.”

Five months later Mohammed Ali Alayed slashed the throat of his erstwhile Jewish friend, Ariel Sellouk, following Alayed’s rediscovery of his Islamic identity. After the murder he went to a mosque. The authorities nevertheless “could not find any evidence that Sellouk…was killed because of his race or religion,” enabling Alayed’s defense attorney to claim that “there was no evidence to substantiate the hate element.”

In May 2005 firefighters conducting a routine inspection in a Brooklyn supermarket found 200 automobile airbags—which contain components that can be used to make bombs—and a room lined with posters of Osama bin Laden and beheadings in Iraq. Yet officials were again adamant: this has nothing to do with terrorism.

In June 2006 Michael Julius Ford, a Muslim convert, shot to death one fellow worker at a Denver Safeway and injured five before being killed by the police. And yes, his friends and family, and the Denver Post, were all baffled:

apparently he did not drink or smoke, He did not have conflicts with people. He did not run with gangs. He wasn’t moody. He never was known to carry weapons. What isn’t known is why the 22-year-old walked into work on Sunday at the Safeway distribution center and started shooting at his co-workers with a long-barreled handgun and setting fires inside the building.

Later in the same article Ford’s sister Khali is quoted as saying, “He told me that Allah was going to make a choice and it was going to be good, and told me people at his job was [sic!] making fun of his religion and he didn’t respect that.”

But why did he do it? The mystery remains unresolved. Watch this space.

Srdja Trifkovic is the foreign-affairs editor of Chronicles: A Magazineof American Culture and director of The Rockford Institute's Center forInternational Affairs.

Email ThisBlogThis!Share to TwitterShare to FacebookShare to Pinterest
Labels: Islam and The West, Srdja Trifkovic