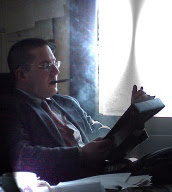 The following article first appeared in the Rockford Register Star on Sunday, January 28, 2007. It is posted here in response to some of the comments in the writebacks to “Jihad in Rockford: The Plot Thickens.”

On September 12, 2006, Pope Benedict XVI delivered his now-infamous Regensburg Address. The reaction in the Muslim world included protests, violence, and the murder of a nun—all over the Pope’s citation of a late-14th-century Byzantine emperor’s rhetorical claim that all that Muhammad brought that was new were “things only evil and inhuman, such as his command to spread by the sword the faith he preached.”

Lost in the uproar was the main point of the Pope’s speech: that “not to act in accordance with reason is contrary to God’s nature” as Christians understand it. In Islam, however, Allah’s “will is not bound up with any of our [Western] categories, even that of rationality.”

Benedict’s speech was a call for dialogue between Christianity and Islam. For a dialogue to take place, however, three conditions are necessary: Both sides must be interested in pursuing the truth, which means embracing reason; both sides must represent their own positions truthfully, without any intent to deceive; and each side must take the other’s claims at face value, as truly representing the other’s position.

In the wake of Derrick Shareef’s arrest for planning to detonate grenades at CherryVale Mall during Advent, a daylong dialogue that Aaron Wolf, the associate editor of Chronicles, and I held with leaders from the Iqra School and Muslim Association of Greater Rockford (MAGR) in February 2002 is perhaps more relevant today than it was when I published an account of it in the April 2002 issue of Chronicles. (The text of the article is available at “Through a Glass, Darkly.”) MAGR estimates that there are now 300 Muslim families in the Rockford area; the school continues to grow, and may expand to include all 12 grades; and local Muslims are becoming more prominent, as doctors, lawyers, and engineers, among other occupations.

What made the dialogue interesting was the candor with which both sides addressed questions about the role of Islam raised by the September 11 attacks. When Aaron raised the question of the media’s use of the term “radical Islam,” Atteya Elnoory, the principal at that time, stated that “We don’t even deal with radical Islam, because we do not know what it is.” Dr. Khalid Siddiqui, then assistant director of the neonatal intensive-care unit at Swedish-American Hospital, the chairman of the board of the school, and now president of MAGR, elaborated on Elnoory’s remark, describing Islam as a pendulum, which can “swing to the extremes and come back to the middle, but you are still within the boundaries” of Islam. Any discussion of radical Islam, he claimed, also depends on your perspective: “You can believe someone is a terrorist, and I don’t.” To prove his point, he cited the example of Osama bin Laden, who recognized the dangers of atheistic communism and “went [to Afghanistan] and used his whole wealth to fight.” When, as Dr. Siddiqui put it, bin Laden was able to do what the United States could not and the Russians were forced to withdraw from Afghanistan, “the CIA interfered and created a very unstable government.” Finding themselves “still oppressed by Israel . . . the only way to get out is to fight. Experience says that.”

As for the future of Islam in America, Dr. Siddiqui argued that non-Muslim Americans should not fear the coming of sharia (Islamic law). “Who is superior to us? Only God. If He made the laws, then He can be unbiased.” Moreover, he claimed, “If you look at the Constitution, it is a pure Islamic constitution,” restricting the power of men and leaving room for the imposition of sharia.

Shpendim Nadzaku, the current imam at the Rockford mosque (who hadn’t yet moved to Rockford when Aaron and I visited), was called upon by the local media to condemn Shareef, and he held an open house at the mosque in the days following the arrest. The local media have presented him—correctly—as a representative of mainstream Islam. What they have not done, however, is attempt to understand what mainstream Islam means in an American context. As Dr. Siddiqui’s remarks indicate, the views of mainstream Muslims are far from the views of most non-Muslim Americans. How many non-Muslims in Rockford believe that the Constitution is a pure Islamic document, and that America would benefit from adopting sharia as the law of the land? How many non-Muslims believe that the definition of terrorism should be different for Muslims than for non-Muslims?

In her December 20 article on Sheik Nadzaku’s open house, Geri Nikolai quoted Nadzaku as saying, “As long as justice is prevalent throughout society, at the end of the day, nothing should cause us to want to slaughter each other.” On the surface, that seems a sentiment with which we can all agree. In Islam, as in the American constitutional system, justice means equal treatment before the law. For Muslims, however, the law in question is not the Constitution but sharia.
In his 1996 book Salt of the Earth, Pope Benedict XVI (then Joseph Cardinal Ratzinger) wrote that:

the Koran is a total religious law, which regulates the whole of political and social life and insists that the whole order of life be Islamic. Sharia shapes society from beginning to end. In this sense, it can exploit such freedoms as our constitutions give, but it cannot be its final goal to say: Yes, now we too are a body with rights, now we are present [in society] just like the Catholics and the Protestants. In such a situation, [Islam] would not achieve a status consistent with its inner nature; it would be in alienation from itself.

Pope Benedict’s understanding of this question is supported by prominent mainstream Muslims. The Rockford mosque has hosted a speaker from the Midwest chapter of the Council on American-Islamic Relations (CAIR), the chief mainstream Muslim political activist group in the United States. A former chairman of CAIR, Silicon Valley entrepreneur Omar H. Ahmad, told the San Ramon Valley Herald in 1998 that:

Islam isn’t in America to be equal to any other faiths, but to become dominant. The Koran, the Muslim book of scripture, should be the highest authority in America, and Islam the only accepted religion on Earth.

CAIR, on its website, declares that jihad, in addition to meaning “struggle against evil inclinations within oneself,” includes “struggle in the battlefield for self-defense (e.g., having a standing army for national defense), or fighting against tyranny or oppression.” And Muslim scholars, such as Syed Abul Hasan Ali Nadwi, in Muslims in the West: The Message and Mission, declare that oppression and injustice prevail whenever a society prevents Muslims (and all men) from living under Islam.

After Chronicles published my account of our visit to the Iqra School, I went on Wisconsin Public Radio to discuss the article. An angry caller accused me of misrepresenting Islam. “You said that they want to impose sharia in the United States. That’s not true.” When I pointed out that the remark that upset her was not mine but a quotation from Dr. Siddiqui, the caller indignantly replied, “He may have said that, but he doesn’t mean it.”

Pope Benedict is right: The West must engage Islam. The Muslim belief that Allah is beyond all reason is indeed a stumbling block to dialogue, but an even greater one is the condescending refusal of non-Muslims to acknowledge that faithful Muslims in America really do believe what Islam teaches.

Scott P. Richert is the executive editor of Chronicles: A Magazineof American Culture

Comments at the above are interesting, too.