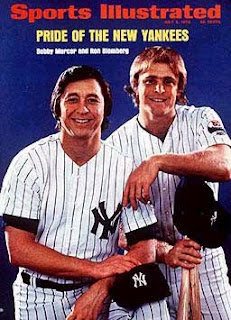 
Bobby Murcer didn't want to call it a miracle, because to do so would suggest his battle with brain cancer is officially over. It's not – not with a disease this aggressive. Yet three months after he was diagnosed with a malignant tumor, Murcer's doctors say there's no irregular cell activity in his body. Chemo and radiation, and a million prayers, have brought the cancer to a halt.

The man with a sweet Oklahoma twang and even gentler soul says, "It's obvious that I've been blessed by all the love around me."

So the countdown has begun in the Murcer household. Sometime in the next month, the former Yankee slugger and YES broadcaster will return to the Stadium. Murcer isn't planning to make a sympathy tour of New York; there'll be no Lou Gehrig-type farewell speeches. Instead, Murcer intends to show up for work again. Despite the brutal odds of survival, Murcer finds himself well enough to indulge his love of baseball.

If this isn't a miracle, what other description possibly fits? Murcer was on the phone from the University of Texas MD Anderson Cancer Center, where he's been undergoing treatment, sounding as empowered as any man who'd just rediscovered his life. Only the deeply religious Murcer says he never lost faith, not in the darkest days of December when he was nauseated from chemo, his hair started falling out, and a terrible cold made getting out of bed a personal hell.

What Murcer didn't know, however, was that his body was neutralizing the cancer cells in his brain. Surgeons had removed the tumor – or at least what they could detect with the naked eye. But they knew there were remaining infected cells they couldn't see. In most cases, those cells start multiplying and growing within three months; that's the heartbreak of neuro-cancer; no one knows why it's so aggressive. But for reasons only the fates understood, Murcer was spared.

"When the doctors told me there's nothing going on in my head, I told them, 'That's been the case all along,' " he said with a laugh. "But, seriously, they say everything looks good right now. I don't know if you can say I'm cancer-free, because there is no cure for this. But we're hoping to treat it as a chronic thing."

Phase two of Murcer's treatment calls for him to participate in a new clinical trial. He had to be cancer-free to even be considered for the experiment. But now that Murcer has beaten one set of odds, he'll be administered a vaccine to boost his immune system tenfold. Ideally, the enhanced defense will keep those infected cells dormant for the rest of Murcer's life.

Will it work? That's a question doctors can't touch. Murcer doesn't know how long his luck will hold out, but those who know him say if anyone can live one day at a time, it's Bobby Murcer. Indeed, friends are already urging him to write a book about his experience, although the family isn't quite ready to say yes. After all, Murcer will be flying back to Houston all summer for his vaccinations. And then there's his other scheduling conflict – YES and the Yankees. 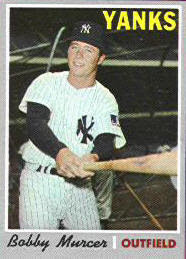 The network's hierarchy has told Murcer to take as much time as he needs; his job is safe, now and forever. But Murcer intends to be busy – soon. Too busy for his memoirs, which is more than anyone could've expected when the awful news was made public.

Murcer was the unlikeliest victim for an illness that attacks only 1.4 people per 10,000. Even at 60, he was too young-looking to be that sick, too young at heart to be that close to dying. The entire Yankee community checked in by telephone, everyone calling to say they were praying for their friend. It was more than just allies who made deposits in the karma bank; everyone got in touch. Strangers, fans from the '70s, present-day YES viewers, bloggers, cancer survivors, even sworn enemies of the Yankee empire.

"Yes, even Red Sox fans," Murcer said. "When they started wishing me well, I had a feeling things were going to turn out OK."

One more time, Murcer laughed. He wasn't gloating, just appreciating the world in a new, cleared-eye way. Murcer is protected by a sheath of faith, and if you're willing to listen, he explains that his cutting-edge doctors would've never had a chance against this cancer without God. When those same doctors tried telling Murcer how few patients survive this cancer, he stopped them cold. He knew. From the day he was diagnosed, Murcer has prepared himself for what could be. His faith keeps him from surrendering to fear.

That's why Murcer made the phone call from his hospital room Thursday. He wants well-wishers to know nothing is impossible, not even the fight against a brain tumor. Imagine the reception that awaits him in the Bronx, Murcer was told. Think of all the friends in the ballpark who are waiting to shake his hand.

Murcer thought about that for a moment. You could sense the smile through the long-distance static.

"I don't think it'll be a handshake," Murcer said. "I'm going to hug everyone."

E-mail: klapisch@northjersey.com
Posted by jtf at 8:03 AM