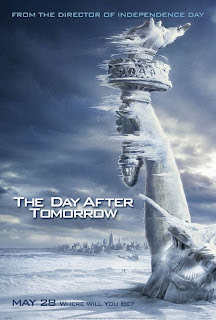 By Jonathan Last
for the Philadelphia Inquirer

The post-Oscar attacks on Al Gore for living in a mansion that consumes 20 times as much energy as the average American house were enjoyable, but unfair.

Gore's consumption of fossil fuels has nothing to do with the arguments he has been advancing about climate change. After all, his thesis is empirical, not subjective.

It doesn't matter a lick whether Al Gore is a hypocrite. What matters is whether or not he is right.

(1) Earth's climate is getting warmer; (2) man is responsible in substantial part for this change;

Let's take them in order.

Here is what we know for certain about climate change: In the last 100 years, the average temperature on Earth has risen 1 degree Fahrenheit.

This is not unprecedented. Throughout history, the planet has gone through temperature cycles. There have been "warm periods" and ice ages.

To take just one example, Swiss climatologists believe that the glaciers in the Alps have melted into near nothingness 10 times in the last 10,000 years.

As recently as the 1970s, global cooling was considered by many scientists to be a major imminent threat, with the book The Weather Conspiracy: The Coming of the New Ice Age doing the work of today's An Inconvenient Truth.

Given the history of fluctuations in temperatures, to what degree is man responsible for the current rise? That depends on whom you ask and when you ask them. The United Nations Intergovernmental Panel on Climate Change says it believes that human activity has been a primary driver.

But this verdict is not final: The IPCC recently explained that its initial work on climate change overestimated man's impact by as much as 25 percent. Who knows how it will change its estimates in the future. 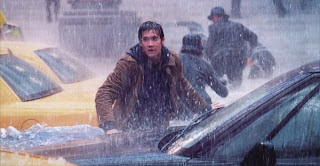 In "The Day After Tomorrow," with Jake Gyllenhaal, super storms cause a near apocalypse and bring about, in a matter of days, a new ice age. Al Gore was pushing the 2004 doomsaying film.


Meanwhile, other scientists say they believe the sun is responsible.

Researchers at the Max Planck Institute for Solar System Research in Germany note that the sun has seemed to be burning more brightly for the last 60 years, which may account for the increase of 1 degree.

But as British scientist Nigel Calder notes, theories about climate change that don't finger man as the culprit are met with hostility or blank stares in the parts of the scientific community most heavily invested in Gore's theses, such as the IPCC.

Which brings us to the third part: If global warming is real, what would the net effect be? Gore says it would be very bad indeed. Taking his cue from the former vice president, the announcer of the Academy Awards telecast gushed that "Davis Guggenheim and the cast were scheduled to shoot in New Orleans the night before Hurricane Katrina hit, an event that brought home the threat - and the impact - of global warming." If global warming causes more storms like Katrina, that would be trouble.

But as a recent piece in Slate acknowledges, "the hurricane-warming link isn't settled at all. Rather, it's a very contentious debate between two groups of scientists - computer-modeling atmospheric scientists versus meteorologists."

Gore, however, goes further. In promoting the 2004 film The Day After Tomorrow, he told the press, "I hope this movie will provide many opportunities for in-depth conversations about what this issue is really all about."

The movie depicted a series of super storms that cause a near apocalypse and bring about, in a matter of days, a new ice age.

Given this promiscuous doomsaying, it's no surprise that some scientists have begun to quietly complain about Gore. A number of them went on record with their complaints to the New York Times last week.

Kevin Vranes, a University of Colorado climatologist, worried that Gore had been "overselling our certainty about knowing the future." 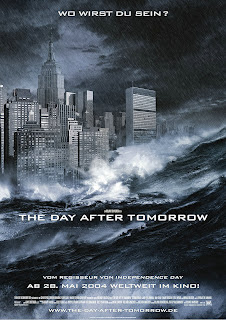 Gore warns about a 20-foot rise in sea level; the IPCC panel estimates "that the world's seas in this century would rise a maximum of 23 inches - down from earlier estimates."

Ever apocalyptic, Gore says that "our civilization has never experienced any environmental shift remotely similar to this." But Don Easterbrook, a geology professor from Western Washington University, notes that within the last 15,000 years there have been shifts up to "20 times greater than the warming in the past century."

What's more, some broad historical evidence, such as that presented by Thomas Gale Moore in his book Climate of Fear, suggests that Earth's "warming periods" have been accompanied by advances in human civilization. As the saying goes, past performance is not an indication of future gains. But if the climate were to warm gradually, it's not obvious why man wouldn't adapt and flourish again, as we have in the past.

Of course, none of that matters if the final condition of the Gore hypothesis doesn't hold. Can man stop the changing of the climate?

Again, the science is conflicted. Gore certainly believes we can. Others are less certain. Climate-change alarmist Paul Hellyer, a former Canadian minister of defense, recently said he believed advanced technology from extraterrestrial civilizations offered the best hope to "save our planet" from the perils of climate change.

Art Bell and Whitley Strieber take a backseat to no one in their worries about climate change. They wrote the book The Coming Global Superstorm, on which The Day After Tomorrow was based, and they, too, fear it may be too late. Bell is host on a radio show about UFOs and the paranormal. Before hooking up with Bell, Strieber wrote five nonfiction books about having been abducted by aliens.

Nothing wrong with any of that, of course. We all have to believe in something.

But when you compound the probabilities, the claims of environmentalists such as Gore begin to look less and less certain. In fact, in their unwillingness to brook dissent or countervailing theories, they seem less like scientists and more like the fundamentalists they otherwise scorn.


Contact Jonathan V. Last at jlast@phillynews.com.
Posted by jtf at 10:58 AM