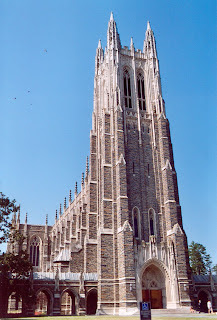 March 23, 2007 -- IT seems that the trumped-up charges against three young men who played for the la crosse team at Duke University will be dismissed either today or sometime next week.

That will mostly end their ordeal, though they'll still have to deal with millions of dollars in legal fees (which, in the end, the city of Durham, N.C., will probably have to pick up).

The same can't be said of their false accuser - who is in a world of trouble, since you're not supposed to make false accusations to the authorities.

But her dire fate will seem positively sunny compared to that of Durham DA Mike Nifong - who is certain to be sued for defamation, likely to be disbarred and very possibly charged with an open-and-shut case of perjury that could land him in jail for a long time. 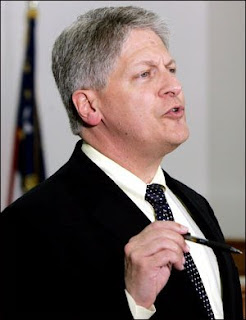 
Yet some of the most disgraceful actors in this case will go unpunished.

I'm referring to a huge cohort of the professors at the top-flight university attended by the three unjustly accused men.

Some 88 of them - more than 10 percent of the entire Duke professoriat - engaged in a shocking rush to judgment in the weeks following the party where the accuser falsely alleged she had been raped.

They signed an ad declaring they were "turning up the volume at a moment when some of the most vulnerable among us are being asked to quiet down."

Their shameful conduct helped create the lynch-mob atmosphere that tempted and seduced DA Nifong to believe he could ride an indictment of the three young men to political victory in the Democratic primary that took place only weeks after he charged them.

It is not too much to say that many of the adults at Duke, who should be stewards for their students, actually wanted the false rape story to be true because it fulfilled their ideological predilections.

Since the academic work of those who organized the ad centers around the notion that the white male power structure subjugates and violates all those who are neither white nor male, the case was actually a dream come true for them.

After all, a poor African-American woman said a gang of white boys - a gang whose number changed each time she told her cock-and-bull story - had raped her only a few yards from the Duke campus.

These academics must realize there is something more than faintly ridiculous about professors living in bucolic splendor with lifetime tenure at one of America's most prestigious universities claiming that they and people like them - students whose admittance to the university represents an irrevocable ticket into the highest reaches of the American power structure - are being socially suppressed. 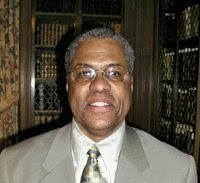 Duke University English Professor Houston Baker, who holds a tenured chair, was one of the most vociferous critics of Duke's administration and its handling of the lacrosse rape scandal.

So here the accusation of a race-and-sex crime falls right into their laps.

Here it was: Real-world support for their absurdly airy conspiracy theories.

So what if the tale made no sense, that anyone with eyes to see could perceive almost from Day One that it was a preposterous invention?

So what if the lives of young men in their charge were at stake? It was time to "turn up the volume" - not to save countless African-American women from rape, but rather to justify their own ideas.

There will be consequences for the unseemly conduct at Duke. The university's president, Richard Brodhead, may not survive his own rush to judgment. His conduct may lead the school's board of trustees to look for a successor who won't destroy reputations at the drop of a hat to satisfy the desires of the politically correct.

But for those 88 professors - what consequences will they experience?

The tenured ones will continue to enjoy their aristocratic installment in Durham. The untenured will be supported in their efforts to find similar perches elsewhere by the rest of the Gang of 88, because that's how academic politics works.

How about even the loss of even a single night of sleep?

They're fools at best and monsters at worst - and neither fools nor monsters are much troubled by attacks of conscience.

jpodhoretz@gmail.com
Posted by jtf at 6:43 AM