George Weigel: The End of the Anglican Communion

From the Denver Catholic Register
Week of March 7, 2007

There's an Anglican church, St. Luke's, a few blocks up Old Georgetown Road from my parish in the Maryland suburbs of Washington, D.C. St. Luke's recently posted a large sign on the church lawn: "No matter who you are, no matter what you believe, you are welcome at our table."

Which is, in one sense, a noble sentiment: if it's meant to convey that, look, we're all sinners, and no matter how awful you may think you are, you're welcome in the communion of Christ's Church if you're truly repentant. Judging from recent events in the Anglican Communion, however, St. Luke's sign isn't a synopsis of the parable of the prodigal son and his merciful father; it's a succinct, if unwitting, statement of why the Anglican Communion is coming apart at the seams.

No Catholic serious about the Catholic commitment to the unity of Christ's Church can take any satisfaction from today's Anglican meltdown. It now looks as if John Henry Newman was right when he concluded that Anglicanism was not a "third branch" on the tree of historic Christian orthodoxy, of which the other branches were Catholicism and the Orthodox churches of the Christian east; rather, Newman decided, Anglicanism was Protestantism in English guise. In the wake of the Second Vatican Council, as hopes for ecclesial reconciliation between Rome and Canterbury ran high, it seemed, briefly, as if Cardinal Newman might have been wrong. With the Anglican Communion now fracturing into a gaggle of quarreling communities no longer in communion with each other, it looks as if Newman had the deeper insight into what King Henry VIII wrought.

But neither the late cardinal nor the multi-uxorious king could have imagined that Anglicanism's breakup would result from some Anglicans' insistence that sodomy can be sacramental. 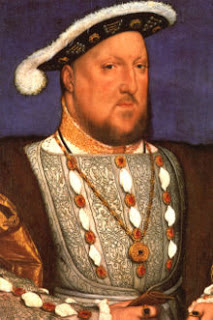 Yet that is precisely what is happening. As Canada's finest Catholic commentator, Father Raymond de Souza, wrote last year (reflecting on the attempts of Dr. Rowan Williams, archbishop of Canterbury, to hold the Anglican Communion together), "Some [Anglicans] argue that [homosexual acts] are sinful; others that they are sacramental. This is an unbridgeable gap and it appears impossible for Canterbury to straddle it, try as he might." Dr. Williams has tried mightily; he seems to have failed. There are indeed unbridgeable gaps, and it turns out that it does matter what you believe, if you wish to be seated at "our table" -- at least in the minds of the majority of the world's Anglicans, who disagree with the Episcopal Church USA's determination to bless same-sex unions and ordain practicing homosexuals to priestly and episcopal ministry.

An American Anglican clergyperson, debating all this on PBS's "NewsHour," said that, if schism were the only answer, she and her Pasadena congregation would choose "the Gospel" over "the institutional Church." From a theological point of view, no more thoroughly Protestant posing of the issue could be imagined. And what does standing up for "the Gospel" have to do with embracing the Zeigeist of the more delirious suburbs of the People's Republic of California?

Shortly after Rowan Williams was named to Becket's chair, we spent a cordial ninety minutes together at Lambeth Palace, Canterbury's London headquarters. I gave him a copy of Witness to Hope: The Biography of Pope John Paul II; we spoke of John Paul's theology of the body, and then fell to discussing the difference between "sacramental" and "gnostic" understandings of the human condition. The former insists that the stuff of the world -- including maleness, femaleness, and their complementarity -- has truths built into it; gnostics say it's all plastic, all malleable, all changeable. The sacramentalists believe that the extraordinary reveals itself through the ordinary: bread, wine, water, salt, marital love and fidelity; the gnostics say it's a matter of superior wisdom, available to the enlightened (which can mean, the politically correct). Dr. Williams seemed convinced that the gnosticism of a lot of western high culture posed a great danger to historic Christianity and the truths it must proclaim.

He was right. The gnosticism that infects the Episcopal Church USA has just about driven the Anglican Communion over the cliff.

George Weigel is a senior fellow of the Ethics and Public Policy Center in Washington, D.C.
Posted by jtf at 7:37 AM