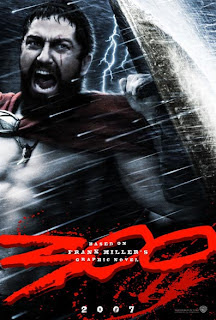 Call it a grand, vivid spectacle -- nothing more, nothing less.


Don't tell the critics, but "300" is a new kind of action movie, a clever synthesis of the stylized epic storytelling practiced by Peter Jackson in "Lord of the Rings" and the stop 'n' start fast-motion cutting of the Wachowski brothers' "Matrix" series. Let's call it Hyper Cinema. "300's" entire visual environment — its billowy wheat fields, its stormy gray skies, even blood that miraculously evaporates before it hits the ground — is a fabricated universe, created by 1,300 effects shots generated in a computer after the actors have gone home.

It's a gamer's view of the world that film critics don't relate to because they seem to have forgotten the kick they got from reading comics as kids. When I went to see "300" last week, the theater was full of scruffy guys who looked like they spent a lot more hours playing Final Fantasy X11 or God of War II than working out at the gym. In an era when it's increasingly difficult to reach young males, "300" offered a vivid spectacle of glistening pecs — as one admirer put it, "Ray Harryhausen crossed with Leni Riefenstahl" — that couldn't be replicated at home.

"We took a singular idea and went all the way with it, which I think resonates with audiences," director Zack Snyder, whose only other feature was a remake of "Dawn of the Dead," said on the phone from London. "It gives you that feeling that made you go to movies in the first place, as in 'Holy [smoke], that was awesome!' "

Populated with unknown actors, the retelling of the gory battle of Thermopylae in 480 BC was airily dismissed as hokum by America's leading critics.

Where the fanboys saw an easily identifiable theme — "me and my buddies are gonna band together and kick some butt" — critics spied pandering trash. The Boston Globe's Wesley Morris called "300" "action porn." The New York Times' A.O. Scott said " '300' is about as violent as ' Apocalypto' and twice as stupid." And the Washington Post's Stephen Hunter, dripping with disdain, exclaimed, "Go tell the Spartans that their sacrifice was not in vain; their long day's fight under the cooling shade of a million falling arrows safeguarded the West and guaranteed, all these years later, the right of idiots to make rotten movies about them."

Those idiots grossed $129.2 million in just 10 days. And Snyder says he wasn't perturbed by the nasty reviews. "Nah, I love 'em, they were funny," he says. "The reviews were so neo-con, so homophobic. They couldn't just go see the movie without trying to over-intellectualize it."

The critics were disturbed by a host of issues, not the least being the film's macho belligerence, cartoonish lack of interest in history and racial stereotyping of Xerxes' Persian hordes as dark-skinned, decadent club queens. But a key reason critics reacted so harshly is because they have been trained to value realism over fantasy, whether it is the stoic drama of Clint Eastwood's "Letters From Iwo Jima" or the cool psychological precision of David Fincher's "Zodiac," which has flopped at the box office, despite critical raves.

"Zodiac" had everything a critic could love. It was smart, full of context and armed with a compelling narrative about an obsessive search for an enigmatic killer. Unfortunately, Fincher is a filmmaker who has little interest in what audiences — or studio executives — think about his movies. He makes them for himself.

In contrast, Snyder's "300," with its Xbox ethos, is a movie made for a generation of visual sensation seekers. Critics are largely shaped by the aesthetic of the cinematic past, which is why you often get the feeling they've been dragged, kicking and screaming, into a new world they describe as coarser, more superficial and less intellectually stimulating than the golden age of their moviegoing youth.

The complaints are almost always the same. "It's an epic without a dream," said one critic. "The loudness, the smash-and-grab editing, and the relentless pacing drive every idea from your head, and even if you've been entertained, you may feel cheated of some dimension — a sense of wonder, perhaps." Those words were written 30 years ago by Pauline Kael, reviewing "Star Wars."

If anyone knows how late critics come to the party, it is Fincher, whose breakthrough 1995 thriller "Se7en" was roundly dismissed by many of the same top critics who were "Zodiac's" biggest admirers. The Wall Street Journal's Joe Morgenstern called it "ponderous," Time's Richard Schickel dubbed it "twaddle" and Newsweek's David Ansen described its style as being a cross between "a Nike commercial and a bad Polish art film." 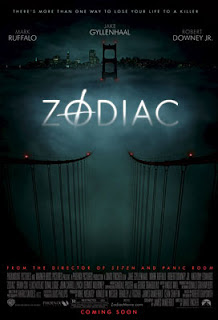 Now that his work is more familiar, Fincher is considered an old master, at least compared with a nervy upstart like Snyder. As it turns out, the two men's backgrounds are surprisingly similar. Fincher, who is only four years older than the 40-year-old Snyder, began his career at ILM doing optical effects on George Lucas films before directing a series of commercials and music videos for everyone from Aerosmith to Paula Abdul. Snyder had a similar career path.

"I'm part of the 'Star Wars' generation — it's what made me want to become a director," Snyder says. "Blade Runner," "Raiders of the Lost Ark" and "Excalibur" — films he saw in his mid-teens — are the ones he cites as big influences.

It's obvious that Jackson's "Lord of the Rings" series has served as an influence as well. "300's" deformed hunchback, Ephialtes, who betrays the Spartans, is uncannily reminiscent, both in physical form and in moral ambiguity, to "LOTR's" Gollum.

Snyder has learned that film is a subliminal art, in the sense that he uses his visuals to supply the film's emotional underpinning. In "300," the sky is always dark and unsettled, as if to signal the bitter bloodshed to come. "We tried to make the sky reflect the emotion in the movie, which you can't do in a regular movie," he says. "That's what is great about this kind of green-screen filmmaking. It's not just the actors who matter. Every element in the frame supports the emotion of the moment."

Sadly, our critics, who seemed content with hooting at "300," have lost touch with what makes movies different from other art forms. Hollywood's mass-audience films are not a literary or an intellectual genre. Never have been, never will be. They are built around visuals and emotion, the two elements that "300" used to capture the public imagination.

No one understands this better than 13-year-old Tristan Rodman, who saw "300" (with his dad, since the film is R-rated). "I guess the critics have not liked the movie for the same reason that the majority of people in America did like it," he told me. "Most people just went to see it. Not for the acting or the story, which was just OK, but for the spectacle."

Tristan got a great thrill from seeing "300." And whether you're a critic or just a fanboy, isn't that what people have always gone to the movies for?


"The Big Picture" appears Tuesdays in Calendar. Questions or criticism can be e-mailed to patrick.goldstein@latimes.com.
Posted by jtf at 7:26 AM