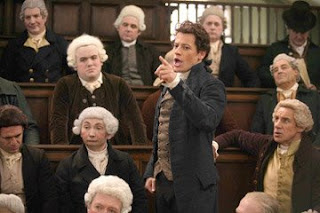 'William Wilberforce,'' writes Eric Metaxas in Amazing Grace, "was the happy victim of his own success. He was like someone who against all odds finds the cure for a horrible disease that's ravaging the world, and the cure is so overwhelmingly successful that it vanquishes the disease completely. No one suffers from it again -- and within a generation or two no one remembers it ever existed.''

What did Wilberforce ''cure''? Two centuries ago, on March 25, 1807, one very persistent British backbencher secured the passage by parliament of an Act for the Abolition of the Slave Trade throughout His Majesty's realms and territories. It's not that no one remembers the disease ever existed, but that we recall it as a kind of freak pandemic -- a SARS or bird flu that flares up and whirs round the world and is then eradicated. The American education system teaches it as such -- as a kind of wicked perversion the Atlantic settlers had conjured out of their own ambition. In reality, it was more like the common cold: a fact of life. The institution predates the word's etymology, from the Slavs brought from eastern Europe to the glittering metropolis of Rome. It predates by some millennia the earliest laws, such as the Code of Hammurabi in Mesopotamia. The first slave owners on the North American continent were hunter-gatherers.

As Metaxas puts it, ''Slavery was as accepted as birth and marriage and death, was so woven into the tapestry of human history that you could barely see its threads, much less pull them out. Everywhere on the globe, for 5,000 years, the idea of human civilization without slavery was unimaginable. . . . What Wilberforce vanquished was something even worse than slavery,'' says Metaxas, "something that was much more fundamental and can hardly be seen from where we stand today: He vanquished the very mind-set that made slavery acceptable and allowed it to survive and thrive for millennia. He destroyed an entire way of seeing the world, one that had held sway from the beginning of history, and he replaced it with another way of seeing the world.'' Ownership of existing slaves continued in the British West Indies for another quarter-century and in the United States for another 60 years, and slave trading continued in Turkey until Ataturk abolished it in the '20s and in Saudi Arabia until it was (officially) banned in the '60s, and it persists in Africa and other pockets of the world to this day. But not as a broadly accepted "human good.''

There was some hard-muscle enforcement that accompanied the new law: The Royal Navy announced that it would regard all slave ships as pirates, and thus they were liable to sinking and their crews to execution. But what was decisive was the way Wilberforce ''murdered'' (in Metaxas' word) the old acceptance of slavery by the wider society. As he wrote in 1787, ''God almighty has set before me two great objects: the suppression of the slave trade and the reformation of manners.''

The latter goal we would now formulate as ''changing the culture'' -- which is what he did. The film of ''Amazing Grace'' shows the Duke of Clarence and other effete toffs reeling under a lot of lame bromides hurled by Wilberforce on behalf of ''the people.''

But, in fact, ''the people'' were a large part of the problem. Then as now, citizens of advanced societies are easily distracted. The 18th century Church of England preached "a tepid kind of moralism" disconnected both from any serious faith and from the great questions facing the nation. It was a sensualist culture amusing itself to death: Wilberforce goes to a performance of Don Juan, is shocked by a provocative dance, and is then further shocked to discover the rest of the audience is too blase even to be shocked. The Paris Hilton of the age, the Prince of Wales, was celebrated for having bedded 7,000 women and snipped from each a keepsake hair. Twenty-five percent of all unmarried females in London were whores; the average age of a prostitute was 16, and many brothels prided themselves on offering only girls under the age of 14. 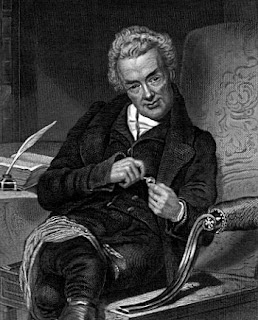 Many of these features -- weedy fainthearted mainstream churches, skanky celebs, weary provocations for jaded debauchees -- will strike a chord in our own time. "There is a deal of ruin in a nation," remarked Adam Smith. England survived the 18th century, and maybe we will survive the 21st. But the life of William Wilberforce and the bicentennial of his extraordinary achievement remind us that great men don't shirk things because the focus-group numbers look unpromising. What we think of as "the Victorian era" was, in large part, an invention of Wilberforce that he succeeded in selling to his compatriots. We children of the 20th century mock our 19th century forebears as uptight prudes, moralists and do-gooders. If they were, it's because of Wilberforce. His legacy includes the very notion of a "social conscience": In the 1790s a good man could stroll past an 11-year-old prostitute on a London street without feeling a twinge of disgust or outrage; he accepted her as merely a feature of the landscape, like an ugly hill. By the 1890s, there were still child prostitutes, but there were also charities and improvement societies and orphanages. It is amazing to read a letter from Wilberforce and realize that he is, in fact, articulating precisely 220 years ago what New Yorkers came to know in the '90s as the "broken windows" theory: ''The most effectual way to prevent greater crimes is by punishing the smaller.''

The Victorians, if plunked down before the Anna Nicole updates for an hour or two, would probably conclude we're nearer the 18th century than their own. A "social conscience" obliges the individual to act. Today we call for action all the time, but mostly from government, which is another way of excusing us and allowing us to get on with the distractions of the day. Our schoolhouses revile the Victorian do-gooders as condescending racists and oppressors -- though the single greatest force for ending slavery around the world was the Royal Navy. Isn't societal self-loathing just another justification for lethargy? After all, if the white man is inherently wicked, that pretty much absolves one from having to do anything. And so the same kind of lies we told ourselves about slaves we now tell ourselves about other faraway people, and for the same reason: because big changes are tough and who needs the hassle? The hardest thing in any society is "the reformation of manners.''
Posted by jtf at 11:15 AM