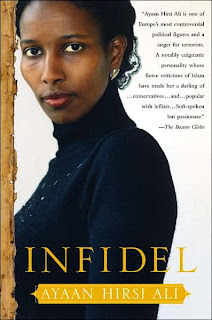 She is, together with Aung San Suu Kyi, the Burmese leader who has spent decades confronting military thugs, the most fascinating female public figure to come out of the underdeveloped world in a long time. I already knew this before I picked up Ayaan Hirsi Ali's autobiography, "Infidel,'' but I don't remember being more emotionally affected -- or more persuaded -- by a memoir since college. The moral challenge Hirsi Ali poses to the Islamic world she comes from, and to the Western world she has adopted, is nothing short of Voltairean. In the manner of the French philosopher, she turns upside down beliefs and institutions that millions take for granted.

Hirsi Ali became world famous in 2004, when Dutch filmmaker Theo van Gogh was murdered by an Islamic fundamentalist for making a documentary critical of Islam. The killer pinned a note to his victim's body with a death threat against Hirsi Ali, who had collaborated with him. She had taken refuge in Holland after a life of oppression under her Islamic family, made worse by her native Somalia's clan-based structures and forced relocations to Saudi Arabia, Ethiopia and Kenya. Not only was she a devout Muslim, but she had been a close sympathizer of the Muslim Brotherhood, the fundamentalist movement that was sweeping the region. After escaping to Holland to avoid an arranged marriage, she became a Dutch citizen and began to speak out against the culture of oppression affecting women in the Islamic world. She denounced "multiculturalism," in which Western countries tolerate and encourage -- often at taxpayers' expense -- cultural practices among immigrant groups even when they violate individual rights. 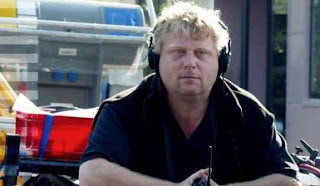 
Several factors make Hirsi Ali's argument devastating. Personal experience is one. The description of her and her sister's genital mutilation, one of many episodes rendered in harrowing detail but with a tone that is elegantly contained, is the fate of young Muslim girls in many countries, including in the "multicultural'' West, today. Another factor is her compassion. This is not the enemy of Muslims speaking, but a conscience that came to value individual freedom above loyalty to clan and obedience to the Koran, precisely because she saw the suffering of those among whom she was raised.

And then there is her autonomy of thinking. She was not converted by anyone nor did she succumb to any party from the "other side." She absorbed the Western canon by herself, often against the advice of Westerners, learning, little by little, the secret of the West's rise: the separation of church and state, individual sovereignty, freedom of trade, the rule of law. 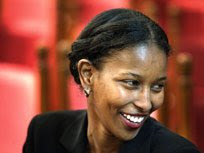 Hirsi Ali does not deny that courageous efforts are made by some Muslims to bring enlightenment to that part of the world. She is aware that, centuries ago, Muslims practiced trade and science, and were instrumental in helping the West rediscover Aristotle and the classics. But she thinks that this history is no justification for Muslims to practice barbaric acts today. The more liberal manifestations of Islam, she maintains, are personal deviations from the Koran and the prophet. "I could no longer," she says, "avoid seeing the totalitarianism, the pure moral framework that is Islam. ... True Islam, as a rigid belief system ... leads to cruelty."

Hirsi Ali renounced her own faith, but that is not a prerequisite for reforming the Muslim world. After all, Christianity, once a very oppressive religion, eventually became part of a liberal culture. But reforming Islam will involve, yes, a reinterpretation -- a reinvention -- of the Koran.

Hirsi Ali has been called many things, among them a right-wing fanatic. To suggest that making the defense of women's rights one's life cause and refusing to apply double standards when judging cultures makes one a right-wing fanatic can only mean that her critics have lost their moral compass. The fact that Western guilt has made it fashionable to support cultural groups that oppress their members in the name of "multiculturalism" is one powerful reason we all need to be reminded that free societies did not come about by luck, but through the painstaking trial-and-error process that selected those values and institutions that best protected freedom.

Hirsi Ali almost lost her Dutch citizenship, even though she was a member of parliament, when the Dutch government, under pressure from her critics, used a technical pretext to question the validity of her status. In the end, the government backtracked, but she nevertheless decided it was time to leave the country and settle in the United States.

I feel safer knowing she is among those of us lucky enough to live in free societies, where I hope she will continue to cause lots of trouble.
Posted by jtf at 6:26 AM