Music Review: "Glitter In The Gutter" by Jesse Malin 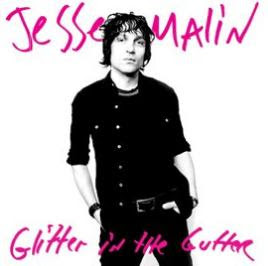 For me, one of the anomalies of modern rock & roll is how the battered leather jacket adorning Jesse Malin - replete with rambunctious oratory charm and rugged boxer good looks - tends to be the going concern of ageing Uncut-reading rockers as opposed to the kids. Having said this, his excellent last LP 'The Heat' did come replete with a stadium rock sheen finish steering him, perhaps, nearer the car CD player of the fussier older music buyer than the bustling ipod of your average pavement-hugging teenager. No bad thing necessarily but like I say, there's an anomaly in there.

Excitingly, third LP 'Glitter In The Gutter' - his third - might just redress this balance a bit, marrying as it does his traditional blues-rock bluster with a noticeable youthful exuberance and a slightly more full-blooded production. Malin once more acts as skilled arbitrator between classic rock and punk, just this time around he's a little more sympathetic towards the boisterous aims of the latter. Self-explanatory opener 'Don't Let Them Take You Down (Beautiful Day!)' sets the scene excellently, a typically fiery, collar-grabbing example of the fist-clenched pep talk that has become his trademark. "It's a beautiful day/ Don't let them take you down" he demands, not unreasonably: it's also at exactly this point that you'll either hit "stop" and reach for something more avant garde and modern or find yourself roaring along, lungs blazing. 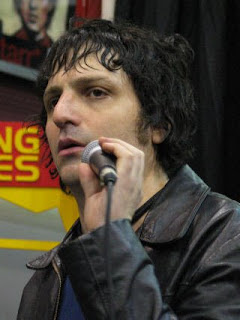 Lyrically he hasn't changed one bit, still happy to reflect his world of on-the-up, big city excitement, spirited youth and, occasionally, disenfranchisement from elected leaders and seniority in general. "Well I must confess/ I don't care about tomorrow tonight" (from the graceful yet still thoroughly gritty 'Tomorrow Tonight') sums up the-living-life-to-the-full patois that resonates throughout the LP, as does "I'm not wasting away my dreams/ In shadows and shade" from the typically anthemic and startlingly adept 'Love Streams'. And so it goes on. There's never a reliance on easy, cop-out nihilism, though on the other hand Malin's unlikely to win any awards for prose, but he does possess a sharply layered ethos: get off your arse, make stuff happen, don't take any crap. Excellent.

There's plenty for the old timers too - not least when long-time admirer and tour partner Bruce Springsteen predictably clocks in for shared vocal duties on 'Broken Radio'; but, tellingly, this is Malin's song from start to finish. They sing side-by-side but at one point Malin's vocal slides over Springsteen's, who fades out, the young pretender taking over. A typically cocky trick (or perhaps Springsteen graciously making way) and hugely effective; a plaintively beautiful song. And a cover of The Replacements' 'Bastards Of Young' marks similarly obvious territory, but he does at least give an excellent take, delivering a more tender interpretation than the original against a soft piano backdrop, sounding at times almost angelic and, yes, a little reverential. But then it is one of the best songs ever written and - perhaps against the odds - it's another overwhelming triumph for Malin.

So no envelope pushing here but simply a record to fire you up as you ready yourself for your weekend evening of choice, popping your collar (ahem) and stepping into the bustling, excitement-filled outdoors. That's always been Malin's remit; it's a long-standing and fine one that won't disappear any time soon and right now few fulfil it quite as well. A white hot blast of the good old stuff, for today.
Posted by jtf at 7:21 AM