To 1970 Colts, franchise has identity crisis

The Cowboys and the Colts watched as Jim O'Brien kicked a 32-yard field goal with five seconds left to clinch the win in Super Bowl V. 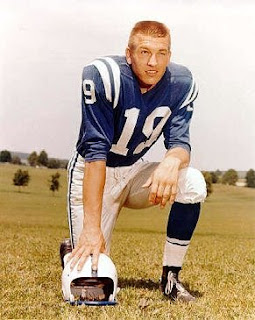 One more time, the lost generation of Baltimore Colts players is on the outside looking in.

Thirty-six years after they played - and won - their own Super Bowl, the 1970 Colts expressed resentment and outrage that the 2006 Colts are calling this the third Super Bowl in their history.

"It does bother me, but what can you do about it?" cornerback Charlie Stukes said. "It's difficult to associate Indianapolis with the Baltimore Colts. They're two entirely different organizations.

"To me, the Baltimore Colts were the pride of the city and in a league by themselves."

According to Mark Waechter, information services specialist at the Pro Football Hall of Fame in Canton, Ohio, the Colts have chosen to include the Super Bowl showings of the Baltimore Colts under their umbrella.

"This counts as their third appearance in the Super Bowl and ... the second [victory] in franchise history," he said.

The Baltimore Colts won the fifth Super Bowl, 16-13, over the Dallas Cowboys after the 1970 season. Two years earlier, they were upset by the New York Jets, 16-7.

After the Colts stole out of Baltimore in the middle of the night 23 years ago, those 1970 Colts have been disenfranchised and essentially forgotten - outside Baltimore, anyway.

Said wide receiver Eddie Hinton: "They can't be saying that [that it's their third Super Bowl]. I can't relate to that. They took the logo and name and, when they left Baltimore, I guess my past went along with them."

A number of Colts from the Baltimore era complained about the lack of involvement with owner Jim Irsay's franchise in Indianapolis, and the fact that few have ever been invited there for games.

"I think the Irsays are taking a liberty with the Colts' name," offensive tackle Dan Sullivan said. "Indianapolis has not bridged the gap. They've not reached the olive branch across the borders.

"I cannot for the life of me believe that there are people sitting in Indianapolis who would not be absolutely thrilled to see a Lenny Moore, a Gino Marchetti, an Artie Donovan or a Raymond Berry introduced at halftime [at the RCA Dome].

"If they want to take the liberty of saying, 'The Colts have won two [Super Bowls],' then shouldn't they bridge that gap? I don't know that that can be resolved. There's so much good solid history [in Baltimore] that it's just a shame that it's gotten to this point."

"It looks like [Indianapolis] is trying to bring the old Colts history back into the franchise," Miller said. "I'd rather see the old Colts incorporated into Ravens history here, but the Ravens don't seem real interested in doing that."

Nevertheless, Volk was appreciative for the attention the Ravens have given the old Colts.

"The Ravens have been providing us [Colts alumni] with free tickets to their games for several years now," he said. "That's a nice gesture."

Center Bill Curry's anger goes back to management's treatment of players in his era when they were here.

"The way the organization handles business is its business," Curry said, "but the real problem is not just the way the Colts left Baltimore, or the fact that the Baltimore Colts have never been invited to anything, anywhere near Indianapolis.

"What really rankles is the way 26 veteran players were traded by Bob Irsay and [general manager] Joe Thomas, and how John Unitas was traded to San Diego and had to find out about it from a sportswriter.

"It was the inhumane way of doing business that put a bad taste in people's mouths. Those are all things that are coming back to haunt the franchise now."

Still, for some it's hard to sever all ties.

"I have mixed emotions," Sullivan said. "I do root for the players out there [in Indianapolis] who wear the horseshoes. They had nothing to do with the move out of Baltimore. And I can still garner up enough energy in me to watch the Colts play."

But accepting the fact that this is their second Super Bowl victory?

Said Stukes: "I'm glad the name 'Colts' is in the Super Bowl. ... It has a positive influence in bringing back memories, if you don't have to add Indianapolis to it."
Posted by jtf at 7:07 PM