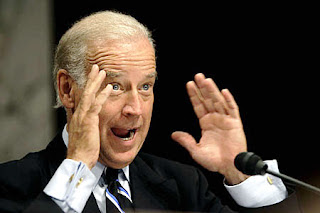 Last week, Joe Biden walked into a Delaware diner, ordered a bowl of tomato soup and blew himself up. Too bad. We need Joe.

In an interview with the New York Observer, lasting about as long as the soup, Biden, with raw if refreshing candor, managed to insult or mock seven past or present presidential candidates of a party for whose nomination Joe had just declared.

"Democrats nominated the perfect blow-dried candidates in 2000 and 2004," Biden confided to reporter Jason Horowitz, who must not have been believing his good luck, "and they couldn't connect." [Biden Unbound: Lays Into Clinton, Obama, By Jason Horowitz,]

Not a PC thing to say, but was Joe entirely wrong about the two white-bread Democrats who lost to George W. Bush?

After dismissing Al Gore and John Kerry, Biden moved on to Barack Obama, first marveling at and then dismissing him

"I mean you've got the first mainstream African-American who is articulate and bright and clean and a nice-looking guy. I mean, that's a storybook, man."

Yet, as the Rev. Jesse Jackson and the Rev. Al Sharpton are nothing if not articulate and sharp, Joe seemed to be saying they just did not measure up in the squeaky clean department. But were not both under ethical clouds when they ran for president?

The chairman of the Senate Foreign Relations Committee then expounded on the Iraq plans of his principal rivals.

"Obama may be articulate, bright, clean and nice-looking, but the American people were likely not going to elect "a guy who has served for four years in the Senate. I don't recall hearing a word from Barack about a plan or a tactic."

Impolitic? Sure. But does Joe not have a point? Is America going to put into the Oval Office in wartime a guy who is today two years out of the Illinois state legislature?

Advancing on into the minefield, Joe asked rhetorically, "Are they going to turn to Hillary?"— then answered his own question.

"Everyone in the world knows her. ... Her husband has used every single legitimate tool in her behalf to lock people in, shut people down. Legitimate. And she can't break out of 30 percent for a choice for Democrats. Where do you want to be? Do you want to be in a place where 100 percent of the Democrats know you? They've looked at you for the last three years. And four out of 10 is the max you can get?"

Joe is saying that if Hillary, at 100 percent name recognition and with all the support she and Bill have been able to corral, can't break 30 percent or 40 percent in Democratic polls today, she is a likely sure loser in 2008.

Is there a political analyst in America who has not wondered about the same thing? And what of Hillary's new stand on Iraq?

"(N)othing but disaster," Joe cheerfully volunteered. "From the part of Hillary's proposal, the part that really baffles me is, 'We're going to teach the Iraqis a lesson.' We're not going to equip them. OK. Cap our troops and withdraw support from the Iraqis. That's a real good idea."

Again, is this mockery not on the mark? Any steep cutback in aid to Baghdad would risk the fall of the regime, inviting a disaster in the region worse than what happened in Southeast Asia when we cut off almost all U.S. military aid to Saigon.

Biden's real scorn was reserved for Edwards, the peace candidate who has apologized for having voted for the war and is calling for the immediate withdrawal of 40,000 to 50,000 U.S. troops. 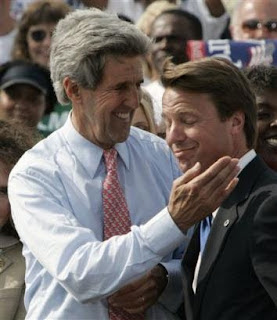 "I don't think John Edward knows what the heck he is talking about," said Joe. Horowitz relates the "accusatory, mocking refrain" Biden used to conduct his imaginary cross-examination.

"John Edwards wants you and all the Democrats to think, 'I want us out of there,' but when you come back and you say: 'OK, John, what about the chaos that will ensue? Do we have any interest, John, left in the region?' Well, John will have to answer yes or no. If he says yes, what are they? 'What are those interests, John? How do you protect those interests, John, if you are completely withdrawn? Are you withdrawn from the region, John? In what period?' All this stuff is like so much Fluffernutter out there."

Again, is this not spot-on? That the Iraq war was a blunder that is shaping up as a strategic debacle unlike any in American history is apparent to us all. But candidates tossing out plans for washing our hands and walking away should be forced to face the consequences of what would follow their recommended course.

If Joe Biden, whose views of his colleagues' acumen on foreign policy are now and forever on record, will undertake that assignment, he could make his presidential run not only interesting, but a service to his party and his country. After all, what's he got to lose now?

Patrick J. Buchanan needs no introduction to VDARE.COM readers; his book State of Emergency: The Third World Invasion and Conquest of America, can be ordered from Amazon.com.
Posted by jtf at 9:52 PM