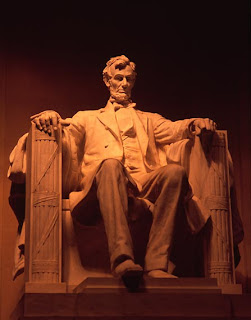 
“The words of his mouth were smoother than butter, but war was in his heart: his words were softer than oil, yet were they drawn swords.”

In our time M.E. Bradford was the pioneer who blazed a new trail into the wilderness of the Lincoln legacy where lurk so many of the evil demons of our public life. Several years ago, when I began to explore the dark and bloody ground on my own, I used the label “The Lincoln Myth” to describe the yawning gap between Lincoln the historical person and the Lincoln icon that is the commanding symbol of America.

I knew that “myth” was not quite the correct term, but I was consciously setting up a counter to the fashionable history-mongering then and now underway in regard to the so-called “Myth of the Lost Cause.” According to Establishment historians, everything favorable that Southerners (or anybody) believe about the Confederates—their courage, skill, dedication, sacrifice, principle—amounts to nothing but a deceitful “Lost Cause Myth” that was invented after the fact by Southerners to put a pretty face on their evil deeds and disastrous failure. This now mainstream characterization of the central event of American history is an ideological reassertion of the old Radical Republican stance, with a bit of Marxism thrown in, masquerading as expert knowledge. Among its many flaws, it abuses the term “myth,” misappropriating an intellectual-sounding word as a substitute for falsehood.


Properly considered, a myth is neither true nor false—it is art. It is a story rising out of the collective unconscious to give a meaningful pattern to a people’s history and nourish their identity. Some myths that we know come from remote times and other peoples—the siege of Troy, Romulus and Remus. Some are idealized versions of more recent but poorly known history—King Arthur, Joan of Arc, Robin Hood. It never occurs to scholars who prattle about the Lost Cause Myth that they are as human as the people they libel and that they may be labouring under a few “myths” of their own. In 2002 I suggested to the purveyors of the Lost Cause myth as historical explanation, that before they dismissed the whole Southern case as dishonest or deluded mythology, they ought to


research a little into the extravagant glorification of the Union cause that dominated American discourse for decades after the war and involved, among other things, the virtual (and blasphemous) deification of Lincoln. That mythology persists powerfully to this day. It is at least as unfactual as the “Lost Cause” and the source of far more evil consequences. A little admiration for Lee and the boys in grey by their descendants and others is harmless in comparison with a self-righteous stamping-out-the-grapes-of-wrath mentality.

I now see that the Lincoln story qualifies as fable rather than myth. My Webster’s Collegiate has as its first definition of fable: “a fictitious narrative or statement.” A myth is a product of the folk, while a fable usually has a known author or authors and time of creation. A myth contains a kind of poetic meaning even if it is not literally accurate. By this reckoning, the Lincoln story is a fable. We know when and how it was created and we know that it is essentially fictitious. The interesting question to be asked, is why was the fable created and what purpose does its false story serve?

For most countries, the iconic national person is a figure of heroic action fighting for his people—Joan of Arc, William Tell, Frederick the Great, Simon Bolivar, Garibaldi. This was the role filled by Washington for earlier Americans—Washington the brave and virtuous leader on horseback or the incorruptible Roman lawgiver. What are we to make of a people who replace that Washington as their commanding national symbol with a corporate attorney in an armchair? Nobody has ever been able to make to make Lincoln into a soldier. Even his brief active militia service is treated mainly as a source of humorous stories. They have a little better luck with Lincoln the Lawgiver, by highly inventive interpretations of the Emancipation Proclamation and the Gettysburg Address, which uses powerful prose to sanctify a deceitful history and a barbarous war of conquest. 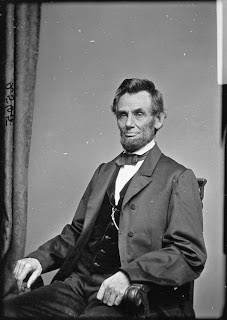 One postwar Southern commentator remarked that “the dead Lincoln was worshiped because the living one had no admirers.” It is true that the living Lincoln was not highly valued by those on his side. It was the circumstance of his assassination that forwarded the creation of the fable. Stanton emerged from Lincoln’s death chamber to proclaim “Now he belongs to the ages.” For the previous four years Stanton had freely referred to Lincoln as “the Gorilla” and considered him a third-rate man unequal to his duties, who had to be managed into moving in the right direction. (Somewhat like how Dick Cheney must view George W. Bush.)


So one aspect of the proliferating Lincoln fable was the cynical use far into the future of the fable of a martyred leader of supreme virtue for emotional ammunition to keep the Republican party in power. Another aspect of the fable is far more troublesome—the creation of Lincoln the Christ figure. It can be and has been thoroughly documented that this icon was created in post-assassination sermons. As a historian two generations back put it: “That the Lord had sent Lincoln to earth as his mysterious representative, to die for his people, was a belief that rose from many Easter sermons and grew with time to blend into the faith that the humble backwoodsman had been by some miracle the savior of the Union.” The literature that created the Lincoln/Christ is vast and stomach-turningly blasphemous. And, of course, it is never asked just what made saving the Union such a divine cause.

The Lincoln thus imagined and propagated was a fictitious narrative which has long been proclaimed to contain the true account of American history and the essential meaning of America. The fable gained its purchase in the midst of war, revolution, assassination, violent and vengeful self-righteousness, and most important and worst of all—religious disintegration. Lincoln the Christ figure was thrust into the vacuum created by the erosion of belief that had been steadily undermining Northern Protestantism in the previous decades. Out of public anxiety and near hysteria was created the religion of Americanism: America The Father, Lincoln The Son, and Democracy The Holy Spirit.


To this day and to the immense peril of our souls and bodies, many of our fellow citizens are incapable of distinguishing between God and “America” or comprehending that one who occupies the throne of Lincoln and uses the hallowed terms that Lincoln used can be capable of wrong.

This article was drawn from a paper presented at the Abbeville Institute conference on “Re-Thinking Lincoln,” July 7-15 at Franklin, Louisiana. Audiotapes of this and presentations by Thomas DiLorenzo, Donald Livingston, H.A. Scott Trask, Joseph Stromberg, and others can be obtained from www.abbevilleinstitute.org.

Clyde Wilson is a professor of history at the University of South Carolina, editor of
The Papers of John C. Calhoun, author of Carolina Cavalier, and a contributing
editor for Chronicles.
Posted by jtf at 11:35 AM