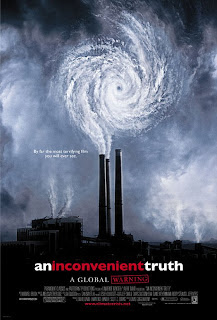 
Global warming alarmists -- despite their best efforts -- seem incapable of convincing the Bush administration. So here's my suggestion. Make the scientists tell the president that global warming turns people gay.

The idea came to me after seeing a Super Bowl Snickers commercial, and learning of the "controversy" that followed it. In the ad, two guys chewing on either end of the candy bar inadvertently touch lips. Shocked, they decide to do something "manly" and demonstrate their heterosexuality. How? They pull down their shirts and rip off their chest hairs. A pro-gay-rights group called the ad homophobic and demanded the Snickers people stop showing it. Clearly America runs rampant with gay-haters.

Al Gore's documentary, "An Inconvenient Truth," scared more people than the shower scene in Alfred Hitchcock's "Psycho." The former vice president tells us the debate within the scientific community concerning the consequences of global warming is over. But the Bush administration yawned. And just last week, something called the IPCC -- Intergovernmental Panel on Climate Change -- a group sponsored by the United Nations, also sounded the alarm. But, again, the Bush administration remains unconvinced.

But the gay thing might work. That is, assuming you can get everybody on board. Unfortunately, some pesky, politically incorrect scientists are telling the global-warming alarmists, "Calm down." Who are these wing-nuts?

A professor of meteorology at MIT, Richard Lindzen, for example, says, "I think it's mainly just like little kids locking themselves in dark closets to see how much they can scare each other and themselves. And there's a lot of confusion in this and, you know, at the heart of it, we're talking of a few tenths of a degree change in temperature. None of it in the last eight years, by the way. . . . [I]f there's anything that there is a consensus on, [it is that we] will do very little to affect climate. . . . And I think future generations are not going to blame us for anything except for being silly, for letting a few tenths of a degree panic us. And I think nobody is arguing about whether our climate is changing. It's always changing. Sea level has been rising since the end of the last ice age. The experts on it in the IPCC have freely acknowledged there's no strong evidence it's accelerating."

Then there's Chris Landsea, the scientist who resigned from the IPCC last year, accusing the organization of being "subverted, its neutrality lost." "It is beyond me why my [IPCC] colleagues would utilize the media to push an unsupported agenda that recent hurricane activity has been due to global warming," wrote Landsea. "My view is that when people identify themselves as being associated with the IPCC and then make pronouncements far outside current scientific understandings that this will harm the credibility of climate change science and will in the longer term diminish our role in public policy."

What to do about the author of "The Andromeda Strain," Dr. Michael Crichton? No climatology specialist, Crichton recently wrote a book of fiction called "State of Fear." The protagonist challenges the "conventional wisdom" of the global warming alarmists. In preparation for his book, Crichton researched scientific literature on global warming. His conclusion? A lot of it is hype. "I do claim that open and frank discussion of the data, and of the issues, is being suppressed," writes Crichton. "Leading scientific journals have taken strong editorial positions on the side of global warming, which, I argue, they have no business doing. Under the circumstances, any scientist who has doubts understands clearly that they will be wise to mute their expression. . . . [T]he intermixing of science and politics is a bad combination, with a bad history."

The alarmists want the United States to sign on to the Kyoto Protocol. This requires spending gobs of money to reduce greenhouse gas emissions. But during the Clinton administration, the Senate voted 95-0 to refuse to ratify the Kyoto accord if it excluded emissions from countries like China and India. It does.

Sixty Canadian scientists wrote a letter to their country's prime minister, urging an "independent climate-science review," because "billions of dollars earmarked for implementation of the [Kyoto] protocol in Canada will be squandered without a proper assessment of recent developments in climate science."

Others, like economist Julian Morris, suggest that spending all this money on Kyoto impoverishes the planet with very little gain. "But the same people who predict massive climate changes," says Morris, "also predict that in order for those climate changes to occur, we would have had enormous amounts of economic growth. So, the poorest people in the world will no longer be poor. . . . The reality is that in the future, people will be wealthy enough to adapt to pretty much any change that is likely to happen."

Confused? Me, too. So let's put all this uncertainty and speculation to rest, and get moving: Global warming turns people gay.


Larry Elder is host of the Larry Elder Show on talk radio and author of Showdown : Confronting Bias, Lies, and the Special Interests That Divide America.
Posted by jtf at 11:18 AM