Thomas Sowell: All the 'News'? 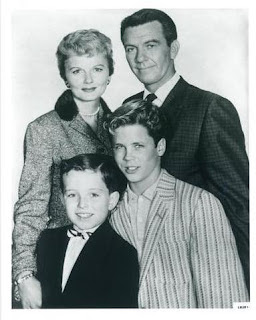 The latest in a long line of New York Times editorials disguised as "news" stories was a recent article suggesting that most American women today do not have husbands. Partly this was based on census data -- but much more so on creative definitions.

The Times defined "women" to include females as young as 16 and counted widows, who of course could not be widows unless they had once had a husband. Wives whose husbands were away in the military, or in prison, were also counted among women not living with a husband.

With such creative definitions, it turned out that 51 percent of "women" were not living with a husband. That made it "most" women and created a "news" story suggesting that these women were not married. In reality, only one fourth of women have never married, even when you count girls as young as 16.

What was the point? To show that marriage is a thing of the past. As a headline in the San Francisco Chronicle put it: "Women See Less Need for Ol' Ball and Chain."

In other words, marriage is like a prison sentence, complete with the old-fashioned leg irons with a chain connected to a heavy metal ball, so that the prisoner cannot escape.

This picture of marriage and a family as a burden is not peculiar to the New York Times or the San Francisco Chronicle. It is common among the intelligentsia of the left.

Negative depictions of marriage and family are common not only in our newspapers but also wherever the left is concentrated, whether in our schools and colleges or on television or in the movies -- most famously, in the "Murphy Brown" TV program that Vice President Dan Quayle criticized, provoking a fierce counterattack from the left.

The New York Times was not the first outlet of the left to play fast and loose with statistics in order to depict marriage as a relic of the past. Innumerable sources have quoted a statistic that half of all marriages end in divorce -- another conclusion based on creative manipulation of words, rather than on hard facts.

The fact that there may be half as many divorces in a given year as there are marriages in that year does not mean that half of all marriages end in divorce.

It is completely misleading to compare all the divorces in one year -- from marriages begun years and even decades earlier -- with the number of marriages begun in that one year.

Why these desperate twistings of words and numbers by the left, in order to discredit marriage?

Partly it is because marriage is a fundamental component of a social order that the left opposes. Moreover, marriage is seen as one of the social restrictions on individual free choice.

These are not new ideas, even though they may be more pervasive than in the past, simply because the intelligentsia is larger and more vocal today.

As far back as the 18th century, Rousseau said that man is born free but is everywhere in chains. In other words, the social restrictions essential to a civilized society were seen as unnecessary hindrances to each individual's freedom.

It never seems to occur to those who think this way that if everyone were free of all social restrictions, only the strongest and most ruthless would in fact be free, and all the others would be subject to their dictates or destruction.

Marriage and family are also barriers to the left's desire to create a society built to their own specifications. Friedrich Engels' first draft of the Communist Manifesto proclaimed the end of families but Karl Marx thought better of it and took that out.

In one way or another, however, the left has for more than two centuries tried to undermine families -- including today redefining the words "marriage" and "family" to include whatever kind of people want to live together in whatever way for whatever reason.

If "marriage" can mean anything, then it means nothing.

The New York Times' long-standing motto, "All the News That's Fit to Print," should be changed to reflect today's reality: "Manufacturing News to Fit an Ideology."
Posted by jtf at 9:30 AM