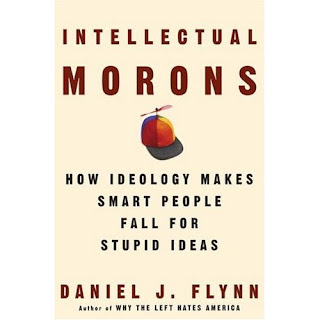 The Catholic Church has a rich history of protecting the most vulnerable members of society. From challenging forced sterilizations to rebuking the practice of abortion, the Church’s leaders have been outspokenly pro-life.

Why, then, is a Catholic school censoring a pro-life speech meant to expose anti-Catholic bigotry, uncover an embarrassing eugenics movement in the United States, and disclose the dubious past of the abortion movement’s prized icon, Margaret Sanger? Even more troubling, why would this speech be abruptly canceled when attendance is voluntary and the event is held after school?

Kathryn Stickley, a senior at Mercy High School in Farmington Hills, Michigan, was shocked that her principal, Carolyn Witte, rescinded the Pro-Life Club’s invitation to bring best-selling author Dan Flynn to campus. Flynn—sponsored by Young America’s Foundation —was scheduled to speak February 12th on “Margaret Sanger and Planned Parenthood,” a look into the foundations of the abortion-rights movement. The topic comes from Flynn’s book, Intellectual Morons: How Ideology Makes Smart People Fall For Stupid Ideas, which is backed by nearly 1,000 footnotes.

As Flynn painstakingly details, Sanger—the founder of Planned Parenthood and heroine of the Left—was an avowed racist who embraced the tenets of Nazism, terrorism, and religious bigotry. In The Birth Control Review, she implored Congress to create a “stern and rigid policy of sterilization and segregation to that grade of population whose progeny is already tainted, or whose inheritance is such that objectionable traits may be transmitted to offspring.” On the pages of The Woman Rebel, Sanger advocated the murder of John D. Rockefeller Jr. in an article titled “A Defense of Assassination.” And in a 1932 statement, she wrote that the Catholic doctrine is “definitely against social welfare and race improvement.”

Those are just some of the venomous facts about Sanger—facts that the students at Mercy High School will be forbidden to hear if Carolyn Witte, whose contact info you will find below, has her way.

Witte said Flynn’s message was unsuitable for high school students. The “content could be misunderstood,” she told Young America’s Foundation. The principal didn’t mention how information exposing Sanger’s nefarious programs to sterilize large segments of Blacks, Italians, and Jews—whom Sanger referred to as “human weeds”— could be “misunderstood,” particularly by a pro-life club sanctioned by a Catholic school.

Taken from its mission statement, Mercy High School “nurtures compassionate leaders committed to addressing human needs, working for justice and serving the poor”—the same justice of which Sanger fought to deprive others, and the same poor Sanger wanted segregated from the master race.

Witte also added that her students were too “sensitive” to hear a topic about Planned Parenthood. Are Witte’s students, whose ages range from 14 to 18, also too sensitive to read about slavery, racism, and Native American genocide—topics which surely aren’t pretty? Probably not, since that “history” focuses on the Left’s holy trinity—race, gender, and class. It’s only when the “history” shifts to abortion that Witte pulls “sensitivity” out of her lexicon.

“I’m not suggesting that I or the school is anti-Mr. Flynn,” she added. “I just have not heard him speak.”

So, Principal Witte, you admit to never having heard Mr. Flynn talk before, then to canceling his appearance because of his message? Ah, a good lesson for all high school students to absorb: Judge first, listen second.

Even if a lecture on abortion may cause uneasiness among some students, isn’t school the place to challenge assumptions and to hear different, and perhaps, discomforting points of view? Apparently, Mercy High School’s principal is completely fine with producing graduates who are unprepared to think for themselves.

Witte sees no problem with a Catholic school rejecting basic Catholic doctrine. Not only is the Catechism of the Catholic Church explicitly hostile toward abortion—calling the procedure a “moral evil” and excommunicating any person obtaining one—but the official position desires exposure to a wide variety of ideas. For with freedom, says the Catechism, man “might of his own accord seek his Creator and freely attain his full and blessed perfection by cleaving to the [Almighty].”

Make your voice heard to Carolyn Witte and Mercy High School’s president, Regina Doelker. Contact them and tell them that such censorship is unacceptable.

Jason Mattera is the Spokesman for Young America's Foundation.
Posted by jtf at 11:58 AM