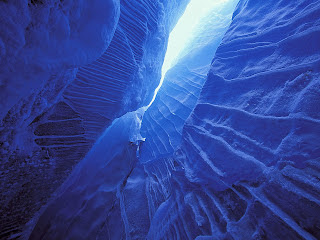 From the "Environmental News Network": "Science Is Solid on Climate Change, Congress Told." "The science is solid," says Louise Frechette, deputy secretary-general of the United Nations.

And at that point, on "Larry King Live" last week, Richard Lindzen, professor of atmospheric science at MIT, remarked: "Heidi says the science is solid and I can't criticize her because she never says what science she's talking about."

Indeed. If the science is so solid, maybe they could drag it out to the Arctic for the poor polar bears to live on now that the ice is melting faster than a coed's heart at an Al Gore lecture.

The silliest argument is the anecdotal one: "You only have to look outside your window to see that climate change is happening." Outside my window in northern New England last week, it was minus 20 Fahrenheit. Very cold. Must be the old climate change kicking in, right? After all, December was very mild. Which was itself a sign of climate change. A few years ago, the little old lady who served as my town's historian for many decades combed over the farmers' diaries from two centuries ago that various neighbors had donated to her: From the daily records of 15 Januarys, she concluded that three were what we'd now regard as classic New Hampshire winters, ideal for lumbering or winter sports; eight had January thaws, and four had no snow at all. This was in the pre-industrial 18th century.

Today, faced with eight thaws and four entirely snowless Januarys, we'd all be running around shrieking that the great Gaia is displeased. Wake up and smell the CO2, people! We need to toss another virgin into the volcano. A virgin SUV, that is. Brand-new model, straight off the assembly line, cupholders never been used. And as the upholstery howls in agony, we natives will stand around chanting along with High Priestess Natalie Cole's classic recording: ''Unsustainable, that's what you are.''

As we say in the north country, if you don't like the weather, wait five minutes. And if you don't like the global weather, wait three decades. For the last century or so, the planet has gone through very teensy-weensy warming trends followed by very teensy-weensy cooling trends followed by very teensy-weensy warming trends, every 30 years or so. And, even when we're in a pattern of "global warming" or "global cooling," the phenomenon is not universally observed -- i.e., it's not "global," or even very local. In the Antarctic, the small Palmer peninsula has got a little warmer but the main continent is colder. Up north, the western Arctic's a little warmer but the eastern Arctic's colder. So, if you're an eastern polar bear, you're in clover -- metaphorically, I hasten to add. If you're a western polar bear, you'll be in clover literally in a year or two, according to Al Gore.

And, if you really don't like the global weather, wait half-a-millennium. A thousand years ago, the Arctic was warmer than it is now. Circa 982, Erik the Red and a bunch of other Vikings landed in Greenland and thought, "Wow! This land really is green! Who knew?" So they started farming it, and were living it up for a couple of centuries. Then the Little Ice Age showed up, and they all died. A terrible warning to us all about "unsustainable development": If a few hundred Vikings doing a little light hunter-gathering can totally unbalance the environment, imagine the havoc John Edwards' new house must be wreaking.

The question is whether what's happening now is just the natural give and take of the planet, as Erik the Red and my town's early settlers understood it. Or whether it's something so unprecedented that we need to divert vast resources to a transnational elite bureaucracy so that they can do their best to cripple the global economy and deny much of the developing world access to the healthier and longer lives that capitalism brings. To the eco-chondriacs that's a no-brainer. As Mark Fenn of the Worldwide Fund for Nature says in the new documentary ''Mine Your Own Business'':

''In Madagascar, the indicators of quality of life are not housing. They're not nutrition, specifically. They're not health in a lot of cases. It's not education. A lot of children in Fort Dauphin do not go to school because the parents don't consider that to be important. . . . People have no jobs, but if I could put you with a family and you could count how many times in a day that that family smiles. Then I put you with a family well off, in New York or London, and you count how many times people smile. . . . You tell me who is rich and who is poor."

Well, if smiles are the measure of quality of life, I'm Bill Gates; I'm laughing my head off. Male life expectancy in Madagascar is 52.5 years. But Mark Fenn is right: Those l'il malnourished villagers sure look awful cute dancing up and down when the big environmentalist activist flies in to shoot the fund-raising video.

If "global warming" is real and if man is responsible, why then do so many "experts" need to rely on obviously fraudulent data? The famous "hockey stick" graph showed the planet's climate history as basically one long bungalow with the Empire State Building tacked on the end. Completely false. In evaluating industrial impact, the Intergovernmental Panel on Climate Change used GDP estimates based on exchange rates rather than purchasing power: As a result, they assume by the year 2100 that not only South Africans but also North Koreans will have a higher per capita income than Americans. That's why the climate-change computer models look scary. That's how "solid" the science is: It's predicated on the North Korean economy overtaking the United States.

Could happen. Who knows?

However, it would make a dramatic difference to the lifestyle of the "climate change" jet set. Which is why, even before latest new IPCC doomsday scenario was released, the Associated Press was running stories like: "New Climate Report Too Rosy, Experts Say." The AP's "science writer" warns that even this "dire report" is the "sugarcoated version." It's insufficiently hysterical, in every sense.