Bob Klapisch: Clemens could be Yankees' only hope 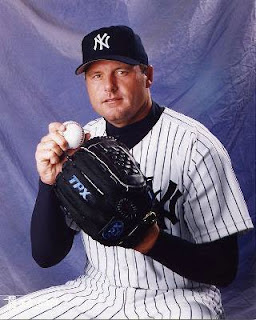 Kei Igawa's abominable performance Friday night against the Mariners should've convinced the Yankee hierarchy once and for all there's no in-house solution to the current pitching crisis. Not with Phil Hughes on the disabled list, Carl Pavano headed for surgery and Igawa unable to throw corner strikes. If only Chien-Ming Wang could start every day. Short of that, general manager Brian Cashman has only one choice and that's to court (actually, beg) Roger Clemens to wear the pinstripes.

This won't be an easy sales pitch, for a number of reasons. The farther the Yankees fall out of first place, the less incentive Clemens has to return to New York. Day by day, the Red Sox are becoming the best alternative, especially if the Rocket is telling the truth about focusing solely on another World Series ring. The Sox are the East's elite team, and they certainly already have the American League's top starting rotation. Adding Clemens would make them unbeatable.

The Astros have a chance, albeit a slight one. They have the built-in home-town advantage; their willingness to let Clemens stay home with his family during road trips counts for something. So does Clemens' attachment to his son, Koby, who is playing at Class A Lexington in the Astros' farm system. Clemens also is aware of how much easier it is to pitch in the National League. If he does pick the Astros, Clemens won't have to risk ruining his reputation in either Boston or New York.

But Houston's ownership has grown tired of Clemens' yearly cat-and-mouse game, which could dampen their enthusiasm for paying him $4 million a month. Conversely, Clemens can't be thrilled that the Astros were 6½ games out of first place going into Saturday's action, not to mention 13th in the National League in runs.

The Yankees have two key factors in their favor. First, they have an irrepressible offense that is on a pace to score 966 runs. They also have the resources to outbid either the Sox or the Astros. Question is: Does Cashman have the stomach to blow out the budget?

His new-found fiscal conservatism cost the Yankees Daisuke Matsuzaka over the winter, and it will mean losing Clemens, too, unless the Bombers realize the Rocket is the best -- if not only -- chance to catch the Red Sox. It's up to Cashman to decide what his legacy will be.

Friendships with industry power brokers Billy Beane and Kevin Towers appeared to have altered Cashman's business plan. Suddenly, Cashman was intent on spending less and stockpiling young pitchers, as if to impress the game's intelligentsia. It's almost as if Cashman was embarrassed by his $200 million payroll, making it a priority to run the team on $180 million instead.

Other GMs wonder why the Yankees would ever feel the need to cut costs. As one of Cashman's rivals recently said, "If I had $200 million, I would spend every penny of it."

Cashman will be at a crossroad with Clemens. He can hold the line, say he slashed the budget by 10 percent and made the Yankees more profitable than ever. Or else he can pay Clemens whatever he wants and give the Bombers a fighting chance. At their current talent level, Cashman's Bombers project to no more than 90 wins. That won't get them into the playoffs, at which point the unspent money will be all but worthless.

1. Red Sox: Dice-K hasn't had blow-away stuff yet, but no one's been able to touch Jonathan Papelbon's fastball.

3. Indians: Just a hunch the wild card is coming out of the Central this year.

4. Braves/Mets: Take your pick. It'll be a street fight from here until the end of September.

5. Dodgers: Only the Mets have a lower team ERA.

This day in baseball

1994: The Cubs' 10-1 victory over the Pirates ends Anthony Young's record 29-game losing streak as a starter. The hard luck pitcher, obtained from the Mets for shortstop Jose Vizcaino, had not won as a starter for more two years.

Quote of the week

"We didn't want the media to bother Ryan every day asking him 'How's your elbow? How are you feeling? Are you going to throw today? Are you feeling good?' "

-- Blue Jays' GM J.P. Ricciardi, explaining why he tricked reporters into believing closer B.J. Ryan had a bad back in spring training. Ryan actually had injured his elbow and is now on the disabled list. 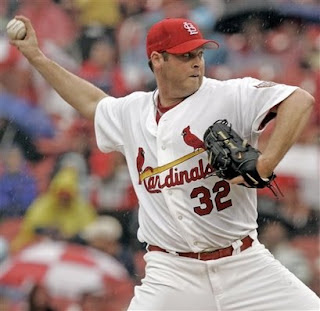 The tragic death of the Cardinals' reliever last week will force baseball to take a harder look at the game's real substance abuse problem -- alcohol.

For the most part, steroids have been weeded out, but recreational drinking still runs rampant. Banning beer and liquor in the clubhouse would be a logical first step, but there has to be a change in the entire drinking culture. For that to happen, players have to be educated in a more meaningful way.

That's not easy, since so many of them come up through the farm system in isolated, small towns.

Hanging out in bars often is the only way to pass the time. Upon their arrival in the big leagues, partying has become a way of life.

Hancock's death was a tragedy to his family and friends and a loss to the Cardinals. But it could have been avoided. That's the lesson the sport must impart to those reaching for the night's first drink.

The steroids investigation moves closer and closer to Barry Bonds, although it's obvious the Giants' slugger will refuse to cooperate with Sen. George Mitchell if it means incriminating himself with the ongoing federal probe. 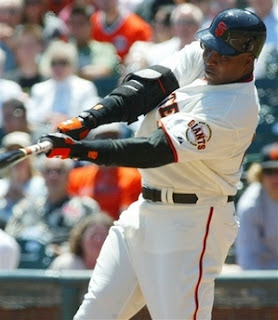 Bonds' lawyers already have made it clear their client will stonewall the Mitchell investigation. Bud Selig will be powerless to punish Bonds in such a scenario.

But that doesn't mean the commissioner has to be part of Bonds' coronation once he hits his 756th home run.

It won't be long before Hank Aaron's record falls; it might even coincide with the Yankees' trip to San Francisco on June 22-24.

Aaron already has said he won't attend this historic event; obviously he doesn't want to answer questions about Bonds' honesty, or lack of.

Selig's absence could deliver the same, powerful message to the world: If Bonds doesn't want to tell us what he did, there's no reason to make him feel like a king.

The Cubs' four-game winning streak has taken the edge off manager Lou Piniella's first-month rage. Indeed, Sweet Lou did a not-so-slow burn watching the Brewers bury the rest of the NL Central. 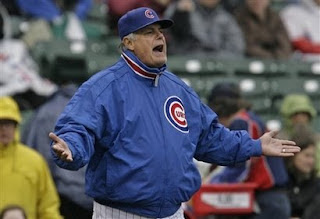 
A few of the newcomer Cubs say Piniella is exactly what's needed at Wrigley -- Cliff Floyd said recently, "He's definitely not afraid to get in your face and tell you you let the team down" -- but Sweet Lou laughs and says this is the Disney version of his former fiery self.

Piniella has taken on a mammoth assignment, trying to turn the Cubs into contenders in the next three years. It would've been easier for him to sit out the 2007 season and inherit the Yankee job when Joe Torre's contract expires.

But Piniella keeps insisting he made the right choice accepting the Cubs offer.