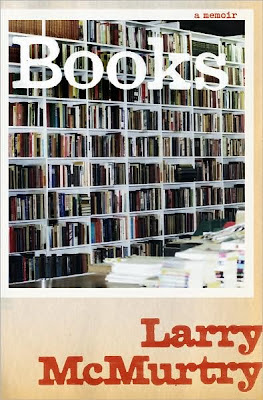 Larry McMurtry’s fragmentary “Books: A Memoir” has little to say about the matter of writing them, other than that by the mid-1970s this process ceased to engage him as much as buying, selling and collecting them and, ultimately, creating what he calls a book town in Archer City, Tex., modeled on the Welsh village of Hay-on-Wye. This is, he concedes, a passion that may separate him from some of his readers.

“Here I am,” he writes, “34 chapters into a book that I hope will interest the general or common reader — and yet why should these readers be interested in the fact that in 1958 or so I paid Ted Brown $7.50 for a nice copy of ‘The Anatomy of Melancholy?’ How many are going to care that I visited the great Seven Gables Bookshop, or dealt with the wily L.A. dealer Max Hunley, whose little store at the corner of Rodeo Drive and Little Santa Monica in Beverly Hills is now a yogurt shop? Why should they even care that there exists a possibly unique copy of the dust wrapper of ‘Anne of Green Gables?’ ”

The answer, never quite spelled out in this book’s 109 short chapters, is that the colorful characters and frontiers Mr. McMurtry has encountered during his four decades in the antiquarian book trade are disappearing from the American landscape just as much as the vernacular cultures that have occupied his 28 novels. From his Booked Up store, which now occupies six buildings in Archer, he notes that his trade has become a fringe one that makes his neighbors uneasy. Many of the booksellers and scouts he wrangled with and admired are now dead, out of business or marginalized. Their collections now fill Booked Up. The habit they served, reading, is no longer a driving passion for many Americans.

“How,” he asks, writing about used-book stores, “did one of the pillars of civilization come, in only 50 years, to be mostly unwanted?”

Besides trotting out the usual villains — the Internet, the iPod, television, maybe the superstore — Mr. McMurtry does not much engage this question. Change happens. Instead he offers what he calls fish stories about the big ones he caught or lost, and about the anglers he encountered along the way.

These form an odd fraternity, often willing to squander fortunes or marriages in pursuit of a rare, unblemished dust cover or catalog of ancient erotica. Book collecting, like any private obsession, has its own legends and rumors, all energized by the occasional big score, as when Mr. McMurtry’s business partner, Marcia Carter, sold a copy of Winston Churchill’s “Marlborough” for $100,000.

Mr. McMurtry’s peregrinations cross those of fellow obsessives like Gershon Legman, whose unfinished dirty autobiography, “Peregrine Penis,” Mr. McMurtry agreed to subsidize; Bryan Perkins, in Fort Worth, who hid his good books from customers; and Dorman David, a millionaire whose free-spending habits left dealers intrigued, “but not so intrigued that they forgot how to work the cash register.” (“Here,” he adds, “was a young man who made selling fun.”) 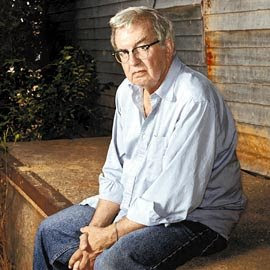 Novelists all decline over time, Mr. McMurtry writes (ignoring the obvious exception of Philip Roth), but booksellers, through the accumulation of arcane and miscellaneous knowledge, get better.

The nature of their trade involves going to great lengths to find things almost no one has or wants, then to connect with the few who do want. Though all sellers hit it big now and then, more often they sell a book to another dealer for a modest profit, then watch him flip it for hundreds or thousands of dollars. The prospect of finding such underpriced books, Mr. McMurtry notes, is one thing that keeps people coming to his shop. So booksellers must themselves be gulled to survive.

A purpose of this memoir, Mr. McMurtry writes, is to “raise ghosts” of booksellers past, in the same way that Booked Up has become an “anthology” of their wares. In 1950, when Fourth Avenue was bookstore row, Manhattan had 175 bookstores. The online business that replaced them, Mr. McMurtry laments, is precise and efficient but lacks the human contact and serendipity of poring through shelves of dust in search of treasure.

“Books: A Memoir” echoes some of this random discursiveness. The short, scattershot chapters drift or meander and allow little room for extended storytelling. This puts a damper on the fun factor. Characters appear for a sentence or two, and every store remains its own fortress, unknowable except by spending hours among its secrets. Mr. McMurtry does not try to teach the love of books.

But the fetish is surely universal, at least among readers, and the occasional goodie pops up as an unexpected payoff for sticking around.

Toward the end of the book Mr. McMurtry describes finding a rare copy of “The Whale,” as “Moby-Dick” was called in England, apparently the working copy given to a writer named Charles Reade to abridge to a more manageable length. Reade, a contemporary of Melville’s, “was not a man to be intimidated by a mere American classic.” His first stroke is through the opening line: “Call me Ishmael.”

This copy of “The Whale” got away from Mr. McMurtry, but in “Books: A Memoir” the fish story remains.
Posted by jtf at 5:57 AM