Two-time MVP Murphy: I should have spoken up about juice when I played 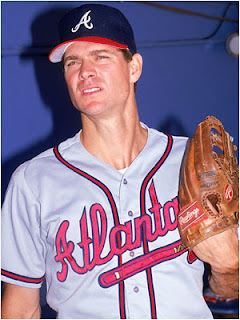 Dale Murphy remembers sitting in front of a television screen, staring. There were Jose Canseco and the other beefy sluggers on the 1980s Oakland Athletics, slamming home runs and then bashing their ripped forearms in celebration. Murphy, an accomplished slugger, said to himself, "Something strange is going on here."

The brawn, the thick biceps, it all seemed so wrong, like something more than extra barbell curls. "I saw what everybody else saw," Murphy says. "I saw a few guys where you didn't really wonder, you knew something was obviously going on. We were all kind of hoping for the best and just turned our heads the other way . . .

But Murphy, who describes himself as "naïve," never voiced his suspicions about performance-enhancing drugs, even though he felt they were hurting baseball. That's something he regrets. Now, perhaps, he's making up for what he perceives was his lost chance.

Murphy, who won back-to-back MVPs in 1982-83, has started a non-profit foundation called "I Won't Cheat" (iwontcheat.com) to rid sports of drugs, and educate kids about the dangers of performance-enhancing drugs and the ethical issues involved in using them. Drug experts estimate that as many as a million high schoolers use steroids in a given year.

The former Braves All-Star is particularly disgusted with the game that he played for 18 years, which opens its season tonight. It's a season in which tainted slugger Barry Bonds is pursuing one of the game's most hallowed records, Hank Aaron's all-time home run mark. Doping will be a baseball story all season and Murphy has been making noise about it in radio and print interviews recently, applauding the vote that kept Mark McGwire out of the Hall of Fame and calling Bonds' quest "disappointing."

"He's gone about his career the wrong way," Murphy says of Bonds. "I'm very indifferent to what he's accomplishing. He would've accomplished great things in baseball without getting involved with this stuff.

"I don't think we should acknowledge performances that are not legitimate. I don't know why more people don't feel that way. I guess the technical answer is that he hasn't failed a drug test. I say, 'Come on.' Not failing a test doesn't mean anything to me. People have told us that you have to be an idiot to not pass a steroid test. I hate to say those things publicly, but this is the stuff our kids know."

Murphy, 51, might have just the resume needed to get through to kids and their parents, says Dr. Gary Wadler, an NYU professor who is an expert on drug use in sports. 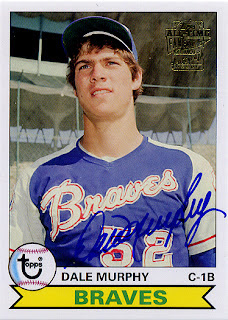 "Clearly, we need some positive role models who achieved at the highest levels, committed to fair play and a level playing field," Wadler says. "Somebody with his credentials, which are legion, is important and he's current enough for his words to resonate. As an elite athlete, he kept his eye on the ethical ball and that's a message he has to get out."

Murphy became a star in front of the whole country, playing every night on Ted Turner's Superstation, TBS, and was a member of the Joe Torre-led 1982 NL West champion Braves. Murphy is 45th on the all-time home run list with 398, more than Ralph Kiner, Joe DiMaggio or Johnny Bench. He made seven All-Star teams during his career, which spanned from 1976-93 and gave him a front-row seat to the blooming of 'roid-clouded players such as Bonds, McGwire and Rafael Palmeiro.

Murphy says he never did steroids - "I felt it wasn't the right way to do things," - and was never offered them or saw them in the clubhouse. But, he adds, "I don't think it would have taken more than one conversation to get them. If you had wanted them, you would just have to talk about it. Technically, I never saw it, but stuff was pretty close.

"We looked the other way and I don't know why. When I say 'we,' I mean everyone in the game - the front office, the players, media, fans." Murphy, who lives in Alpine, Utah, and has eight children, regrets that he was not more vocal at the time and believes the silence hurt the next generation of players. He fears that they believe they can get away with cheating because they have seen their role models do it. That is part of his motivation for creating the foundation.

"Probably, what I should've done when I played was talk to guys individually," Murphy says. "I don't know if I had a position where I could've said, 'Hey, we got a problem in our sport.'"

Murphy has met with MLB officials and the NBA to explore working together to educate children about the dangers of steroids. Murphy says the Clinton Global Initiative, Bill Clinton's project to find solutions for world problems, has expressed interest.

Now, Murphy says, the game needs stricter penalties, perhaps a zero-tolerance policy. "It's worked with gambling," Murphy says. "Can you ever get 100%? I don't know. But we can make more progress than we're making. It may sound a little hardcore, but when you sit back and think about it, what's the problem with being hardcore? We're not talking about spitballs here. This is drug abuse."
Posted by jtf at 9:52 AM