Shaver booked in shooting, then played concert after leaving jail 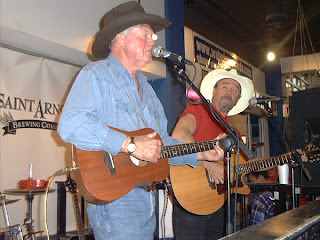 Billy Joe Shaver probably didn’t enjoy wearing the orange jumpsuit. But the potential songwriting material he got out of a trip to the McLennan County Jail on Tuesday may have been worth it to the 67-year-old, who’s known for his outlaw country music.

Besides, he was out in plenty of time to attend a release party for his new album Tuesday evening.

“It’s just so great to be anywhere,” an animated and smiling Shaver told an audience of about 200 fans and half a dozen news cameras during his appearance at Austin’s Waterloo Records.

If the Waco native was feeling much stress over recent events, he didn’t show it, flapping his arms during “When the Fallen Angels Fly” and shadowboxing near the end of “Honky Tonk Heroes.” Soaking up all the love, he ended the set by saying, “Don’t forget to pray for me, and tell your kids to pray for me, too.”

A few hours earlier, Shaver had surrendered to local authorities after two warrants were issued for his arrest following a shooting Saturday night at a Lorena bar. He was arraigned by McLennan County Justice of the Peace Kristi DeCluitt, who set bail at $50,000.

Shaver posted bond and was out of the jail by about 2:20 p.m.

He faces charges of aggravated assault with a deadly weapon and unlawfully carrying a handgun on the premises of a business with a license to sell alcohol for on-premises consumption.

Shaver’s attorney has acknowledged that the singer-songwriter was involved in the shooting, which happened at 8:30 p.m. outside Papa Joe’s Bar, 1505 N. Interstate 35.

But according to the attorney’s version of events, Shaver was acting in self-defense against another bar patron, who was threatening him with a knife.

That story is contradicted, however, by affidavits filed to support Shaver’s arrest. The documents, which were written by Lorena Police Chief John Moran, paint a picture of Shaver as the aggressor.

Shaver and the man police say he shot, 50-year-old Billy Bryant Coker, had been visiting in the bar for about an hour to 1 12 hours before the shooting, according to the affidavits. The two men had not known each other before but were introduced that night by the bar’s owner.

During their conversation, the two men figured out they had something in common, the affidavits say. A cousin of Coker’s had been married to Shaver’s wife, Wanda, before he died.

At some point after that revelation, though, the conversation apparently soured. A woman who was in the bar at the time told police that she saw Shaver and Coker exit the building at the rear, then heard what she believed to be a gunshot, the affidavits said.

When the woman ran outside to see what had happened, she heard Shaver say to Coker, “Tell me you are sorry,” and that “Nobody tells me to shut up.”

Shortly after that, Shaver and his wife left the bar, the woman said. 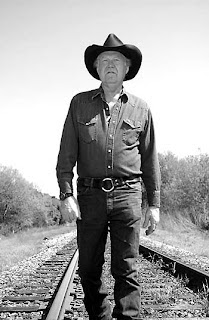 Another man at the bar who said he witnessed the shooting echoed that story, according to the affidavits. He told police that Coker exited the building first, with Shaver following close behind, pistol in hand.

Once outside, Shaver asked Coker, “Where do you want it?” the affidavits say. Shaver then raised his arm level with Coker’s face and fired, hitting Coker in the cheek.

Coker related the same story, the affidavits say. He claims the attack was unprovoked, and he told police it happened after Shaver asked him to step onto the back porch.

No information about Coker was available from a local hospital Tuesday, but Moran said he was in stable condition. According to the affidavits, Coker was alert and talking to police as soon as they arrived on the scene.

The documents also say Shaver has a concealed handgun permit. However, under state law, guns cannot be brought into bars by citizens, regardless of whether they have a permit.

Moran declined to talk about details of the case Tuesday afternoon because it is still under investigation.

Shaver’s attorney, Austin lawyer Joseph Turner, referred comment to Shaver’s spokesman, Marcus R. Harris., who declined to discuss details of the affidavits or of the shooting. However, he stressed that Shaver is cooperating with authorities.

Harris also said that Shaver is trying to focus on promoting his new album. Asked if he thought the shooting would help or hurt in that endeavor, Harris said Shaver and his record company are just asking fans to continue supporting him.

“Everything went on as scheduled today,” Harris said late Tuesday afternoon. “It is a regular work day. We’re moving forward.”

Shaver’s niche has been writing lyrics that could be called blue-collar poetry. He puts chunks of everyday life, love and loss into plain language that has a grit and passion born from his own experiences and religious faith.

Among the lows that his songs have drawn upon are his problems with drinking and drugs; his stormy-yet-enduring relationship with his late wife, Brenda, whom he married three times; his love and partnership with his son, Eddy; and the pain of dealing with Brenda’s death from cancer and Eddy’s death from a drug overdose.

Shaver first got attention in 1973 with the release of Waylon Jennings’ Honky Tonk Heroes, a pivotal album in the ’70s outlaw country music movement. He wrote all but one cut on the work. Other popular songs he has written include “Georgia on a Fast Train” and “I’m Just an Old Chunk of Coal.”

Although Shaver hasn’t had much luck on the charts with his more than 20 albums, his songs have been covered by many famous performers. They include Johnny Cash, the Allman Brothers, John Hartford, Willie Nelson, Elvis Presley, John Anderson, Bob Dylan, Tom T. Hall, Kris Kristofferson, George Jones and more than a dozen others.

The Austin American-Statesman contributed to this story.

cculp@wacotrib.com
Posted by jtf at 7:12 AM