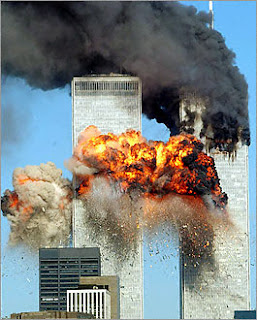 "The exercise will simulate an attack by a fictitious radical group called Wackos Against Schools and Education who believe everyone should be homeschooled. Under the scenario, a bomb is placed on the bus and is detonated while the bus is traveling on Durham, causing the bus to land on its side and fill with smoke."

Flabbergasting, but true. In the wake of 9/11 and the jihadists' carnage against schoolchildren in Beslan, Russia, the school chose to prepare their students for an attack by Christian homeschooling "wackos," not Muslim suicide bombers.

Unfortunately, little has changed. Last month, New Jersey's Burlington Township High School held its own mock terrorism drill. "You perform as you practice," Superintendent Chris Manno told the Burlington County Times. "We need to practice under conditions as real as possible in order to evaluate our procedures and plans so that they're as effective as possible."

But the "real as possible" conditions included no bomb-vest-donning jihadists shouting "Allahu Akbar." No red bandana-wearing martyrs with visions of 72 virgins dancing in their evil heads. No America-hating plotters enraged by the existence of Israel or driven to establish a worldwide caliphate. Nope.

According to the paper, two local police detectives took on the role of hostage-taking Christian gunmen.

"Investigators described them as members of a right-wing fundamentalist group called the 'New Crusaders' who don't believe in separation of church and state. The mock gunmen went to the school seeking justice because the daughter of one had been expelled for praying before class." Upset Christian students reported on the drill to their parents.

How many other jihad-whitewashing mock terrorism drills have been conducted using tax dollars? How long before we mimic the British schools, where the Holocaust is being dropped from history lessons to avoid offending Muslim pupils?

American educators have been bending to the will of the grievance-mongers ever since the 9/11 attacks. Remember the jihad-sympathizing admonition included in the NEA's touchy-feely, post-9/11 curriculum: "Do not suggest that any group is responsible" for the terrorist attacks, parents and teachers were advised. 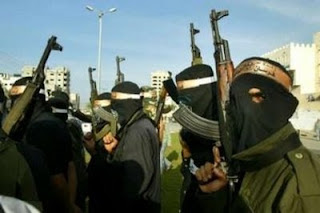 But feel free to conjure up homeschooling "wackos" and Christian "New Crusaders" to avoid offending the Muslim lobby.

Here is a "real as possible" scenario. Last month, you'll recall, counterterrorism officials sent cautionary bulletins to police departments nationwide warning that suspected members of extremist groups have signed up as school bus drivers in the United States. The "extremists" being investigated by the FBI and other agencies are foreigners who have been able to "purchase buses and acquire licenses."

Who are these "extremists"? Hint: They are not Presbyterian or Lutheran or Catholic homeschooling wackos.

In Indonesia last month, a theological school was reportedly attacked by religious terrorists in Jakarta. The school was evangelical Christian. The terrorists were Muslim. In southern Thailand, attackers hurled explosives and opened fire on an Islamic school, killing three students. According to reports, police believe that Muslim insurgents staged the attack in an attempt to convince villagers that authorities were responsible -- a ploy to win villagers over to the insurgents' cause.

And in the name of winning Iraqis over to their blood-stained cause this week, a suicide truck bomber carrying food supplies killed eight Iraqi schoolgirls and a baby in the northern oil city of Kirkuk. The truck bomber was a crusader, all right. But not the kind American students are being taught to drill against in their make-believe bubbles.

In our government institutions of perpetual ignorance maintenance, "D" is for dhimmitude. They are teaching our children all too well.


Michelle Malkin makes news and waves with a unique combination of investigative journalism and incisive commentary. She is the author of Unhinged: Exposing Liberals Gone Wild.
Posted by jtf at 6:38 AM

Email ThisBlogThis!Share to TwitterShare to FacebookShare to Pinterest
Labels: Education, Islam and The West, Michelle Malkin