A Plague of ‘A’ Students

Why it’s so irksome being governed by the Obami.

Barack Obama is more irritating than the other nuisances on the left. Nancy Pelosi needs a session on the ducking stool, of course. But everyone with an ugly divorce has had a Nancy. She’s vexatious and expensive to get rid of, but it’s not like we give a damn about her. Harry Reid is going house-to-house selling nothing anybody wants. Slam the door on him and the neighbor’s Rottweiler will do the rest. And Barney Frank is self-punishing. Imagine being trapped inside Barney Frank. 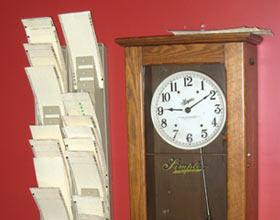 The secret to the Obama annoyance is snotty lecturing. His tone of voice sends us back to the worst place in college. We sit once more packed into the vast, dreary confines of a freshman survey course—“Rocks for Jocks,” “Nuts and Sluts,” “Darkness at Noon.” At the lectern is a twerp of a grad student—the prototypical A student—insecure, overbearing, full of himself and contempt for his students. All we want is an easy three credits to fulfill a curriculum requirement in science, social science, or fine arts. We’ve got a mimeographed copy of last year’s final with multiple choice answers already written on our wrists. The grad student could skip his classes, the way we intend to, but there the s.o.b. is, taking attendance. (How else to explain this year’s census?)

America has made the mistake of letting the A student run things. It was A students who briefly took over the business world during the period of derivatives, credit swaps, and collateralized debt obligations. We’re still reeling from the effects. This is why good businessmen have always adhered to the maxim: “A students work for B students.” Or, as a businessman friend of mine put it, “B students work for C students—A students teach.”

It was a bunch of A students at the Defense Department who planned the syllabus for the Iraq war, and to hell with what happened to the Iraqi Class of ’03 after they’d graduated from Shock and Awe.

The U.S. tax code was written by A students. Every April 15 we have to pay somebody who got an A in accounting to keep ourselves from being sent to jail.

Now there’s health care reform—just the kind of thing that would earn an A on a term paper from that twerp of a grad student who teaches Econ 101.

Why are A students so hateful? I’m sure up at Harvard, over at the New York Times, and inside the White House they think we just envy their smarts. Maybe we are resentful clods gawking with bitter incomprehension at the intellectual magnificence of our betters. If so, why are our betters spending so much time nervously insisting that they’re smarter than Sarah Palin and the Tea Party movement? They are. You can look it up (if you have a fancy education the way our betters do and know what the unabridged Oxford English Dictionary is). “Smart” has its root in the Old English word for being a pain. The adjective has eight other principal definitions ranging from “brisk” to “fashionable” to “neat.” Only two definitions indicate cleverness—smart as in “clever in talk” and smart as in “clever in looking after one’s own interests.” Don’t get smart with me.

Such brisk apple-polishing happens to be an all-too-good preparation for politics. This is because a student’s success at education and a politician’s success at politics are measured mostly by input rather than outcome. Yes, one got elected. Yes, the other became class valedictorian. But to what end? It can take decades to measure the outcome of an education. Did the A student at architecture school become a respected partner at Skidmore, Owings and Merrill, or did he become Albert Speer? Likewise with politics. Did Woodrow Wilson’s meddling in Europe wreak havoc upon the globe? We wouldn’t know for 20 years. Did Franklin Roosevelt’s New Deal totally destroy the fabric of American society? We’re not absolutely certain even now. Meanwhile Woodrow Wilson, FDR, the class valedictorian, and Albert Speer were inputting like crazy.

Let us allow that some intelligence is involved in screwing up Wall Street, Washington, and the world. A students and Type-A politicians do discover an occasional new element—Obscurantium—or pass an occasional piece of landmark legislation (of which the health care reform bill is not one). Smart people have their uses, but our country doesn’t belong to them. As the not-too-smart Woody Guthrie said, “This land was made for you and me.” The smart set stayed in fashionable Europe, where everything was nice and neat and people were clever about looking after their own interests and didn’t need to come to America. The Mayflower was full of C students. Their idea was that, given freedom, responsibility, rule of law and some elbow room, the average, the middling, and the mediocre could create the richest, most powerful country ever.

However, perhaps I should hold my tongue and temper my ire. I have just received my junior high school daughter’s report card. She’s an A student. I questioned her, and it turns out so is every one of her girlfriends including the numbskull jock and the complete feather-brain who’s besotted with Justin Bieber.

I can’t imagine what kind of input my daughter’s school is measuring (although I assume my daughter delivers it via Twitter). But when input is valued enough, America turns into that blissful land of social justice so desired by Nancy Pelosi, Harry Reid, and Barney Frank—outcomes are equal at last. I’m old-fashioned in my criticism of Barack Obama. He graduated from Harvard Law in the 1990s, barely yesterday. I’d forgotten the wonderful progressiveness of the American educational system. We’re all A students now.

P.J. O’Rourke, a contributing editor to The Weekly Standard, is author, most recently, of Driving Like Crazy.
Posted by jtf at 9:19 AM