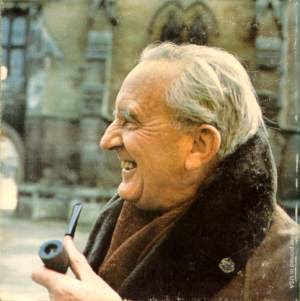 The last, unfinished book by the 'Lord of the Rings' author has been completed by his son. Can a film version be far behind?

The first new Tolkien novel for 30 years is to be published next month. In a move eagerly anticipated by millions of fans across the world, The Children of Húrin will be released worldwide on 17 April, 89 years after the author started the work and four years after the final cinematic instalment of the Lord of the Rings trilogy, one of biggest box office successes in history.

The book, whose contents are being jealously guarded by publisher HarperCollins - is described as "an epic story of adventure, tragedy, fellowship and heroism."

It is likely to be a publishing sensation, particularly as it is illustrated by veteran Middle Earth artist Alan Lee, who won an Oscar for art direction on Peter Jackson's third film The Return of The King. Lee provided 25 pencil sketches and eight paintings for the first edition of the book, one of which is reproduced here for the first time in a national newspaper.

Tolkien experts are already tipping The Children of Húrin - which features significant battle scenes and at least one major twist - for big budget Hollywood treatment. Takings from the Lord of the Rings trilogy box office takings to date total some £1.5bn.

Chris Crawshaw, chairman of the Tolkien Society, said: "It would probably make a very good movie, if anyone can secure the film rights.

"Tolkien saw his work as one long history of Middle Earth: from the beginning of creation to the end of the Third Age. The Children of Húrin is an early chapter in that bigger story."

The author's son Christopher, using his late father's voluminous notes, has painstakingly completed the book, left unfinished by the author when he died in 1971. The work has taken the best part of three decades, and will signify the first "new" Tolkien book since The Silmarillion was published posthumously in 1977.

"It will be interesting to see how it stands up today alongside all the Tolkien-alike literature that we've become familiar with," said David Bradley, editor of SFX magazine.
Posted by jtf at 9:15 AM

Well, for starters, Christopher Tolkien isn't a "Jr." and the portion of his father's writing he shaped isn't part of Lord of the Rings, but other than that the headline is accurate.

I thought the headline as printed was quite funny...from a British newspaper no less.