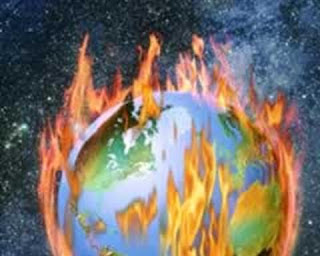 There are a lot of jobs riding on global warming.

London
TO DEVOTED OPPONENTS of global warming, it must have seemed like the makings of a perfect storm: Al Gore pocketed an Oscar for his doomsday climate documentary, An Inconvenient Truth. The International Panel on Climate Change (IPCC) issued a report with dire warnings about man-made carbon dioxide emissions. British Secretary of State for the Environment, David Milibrand, introduced the first-ever climate change bill in the House of Commons. Even President George W. Bush offered conciliatory talk about the importance of reducing carbon pollutants.

But then an unwelcome squall appeared on the horizon: The documentary film The Great Global Warming Swindle aired earlier this month on British television's Channel 4. Director Martin Durkin's 75-minute production combines interviews with distinguished scientists, a sober narrative, and damning graphs and statistics to challenge the core claims of global warming theory. The film also alleges that government funding for climate change research is perverting science and fueling a political agenda of massive state intervention in local economies. "The death of this theory will be painful and ugly," Durkin wrote recently in The Telegraph. "But it will die."

The fierce response to the film suggests it has struck a nerve not only with establishment opinion, but also with an audience weary of being hectored by media elites and environmental activists.

Climate change is a fact of earth's history. What is mistaken, the program's dissenting scientists say, is the claim that a slight rise in temperature over the last century is caused by carbon emissions--mostly man-made--which trap infrared radiation from the sun. "A detailed look at recent climate change reveals that the temperature rose prior to 1940," explains paleoclimatologist Ian Clark, "but unexpectedly dropped in the post-war economic boom, when carbon dioxide emissions rose dramatically." Just the opposite, in other words, of what global warming theory predicts.

The film notes that much more carbon dioxide is produced by natural means than by industrial emissions: Volcanic emissions, carbon dioxide from animals, bacteria, decaying vegetation, and the oceans "outweigh our own production several times over." We're also reminded that as recently as the 1970s the scientific community was convinced that earth was headed for another ice age--and balked at the suggestion that greenhouse gases could ward off a chilly future. So what might explain the current warming trend? Durkin's team of climatologists and astrophysicists point to evidence suggesting that as radiation from the sun varies--measured, for example, by sun-spot activity--the earth tends to heat up or cool down. "Solar activity," the film alleges, "very precisely matches the plot of temperature change over the last 100 years."

A heliocentric theory for climate change? The documentary has sent scientific authorities and activists into attack mode. Sir John Houghton, chairman of the Royal Commission on Environmental Pollution, insists that global warming is a "weapon of mass destruction." The Independent, a notorious megaphone for environmental activism, launched an "investigation" into the program and found it "riddled with distortions and errors."

Yet the counter-charges mostly evade the issues raised by Durkin's film: that humans produce miniscule amounts of carbon emissions; that carbon samples from polar ice sheets contradict global warming predictions; and that solar activity corresponds closely to temperature change. Moreover, some of the solutions--insisting on solar energy for developing nations, switching to low-wattage light bulbs--appear ludicrous. Program viewers have noticed: They're blogging feverishly about the film, downloading it from YouTube (over 249,000 hits), and lashing out at slanted media coverage. "What a load of biased baloney," complained a viewer of a recent BBC program. "Make us change all our light bulbs? Someone really is taking the mickey."

No media outlet, in fact, has done more to promote global warming theories than the ever-present BBC, which rarely questions climate-change orthodoxy. BBC's Radio 4, for example, launched a series last year called "Planet Earth Under Threat," featuring "real examples of how global warming is affecting animal and plant survival." Alistair Burnett, editor of the BBC's World Tonight, recently defended his network's coverage with this unabashedly self-serving question: "If the overwhelming majority of climatologists believe that climate change is happening and is largely driven by human activity, do we distort the picture of the scientific debate by airing the views of the small number of dissenting scientists too often?"

Well, we can easily imagine BBC editors agonizing over that one. No wonder critics in the film complain about a despotic tone to the debate. Even people with impeccably green credentials, if they question global warming dogma, are treated like heretics fit for the fire. "If you're skeptical about the litany behind climate change," says Patrick Moore, co-founder of Greenpeace, "it's suddenly as if you're a Holocaust denier." A development expert from Kenya sees an ideology militantly opposed to modernization. "There is somebody keen to kill the African dream, and the African dream is to develop," he says. "We are being told don't touch your resources, don't touch your oil, don't touch your coal; that is suicide."

The Great Global Warming Swindle makes at least one incontestable charge: A "discourse of catastrophe" has infected the scientific community's approach to global climate change and is shaping the budget priorities of government. In this, the issue has taken on a quasi-religious character, with devotees on a quest for radical lifestyle alternatives to avert an apocalyptic future. "Monks have got something enduring," gushed an editor for BBC's Radio 4, "a sign post from them to us that could initiate a culture change shifting our relationship with the environment."

Philip Stott, professor emeritus of biogeography at the University of London and a program participant, takes a dimmer view of the spiritual fervor inspiring much of the movement. He worries about the way in which global warming provides meaning and mission--and employment--to countless scientists, activists, and journalists. "At the moment the greenhouse effect is like a puritanical religion," he says, "and this is dangerous."

Dangerous, perhaps, but also profitable and difficult to dismantle: "If the global warming virago collapses," Stott predicts, "there will be an awful lot of people out of jobs."

Joseph Loconte is a senior fellow at the Ethics and Public Policy Center and host of the London-based television/internet program "Britain and America."
Posted by jtf at 1:30 PM