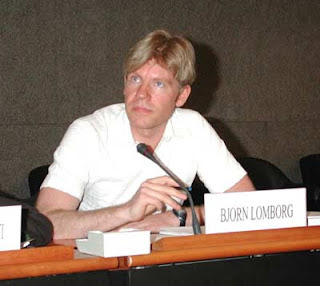 March 25, 2007 -- Al Gore and the many people he has inspired on the global-warming issue have good will and great intentions. However, he has gotten carried away and come to show only worst-case scenarios. This is unlikely to form the basis for a sound policy judgment. Indeed, if we follow Gore's recommendations, we will likely end up choosing very bad policies - ones that fail to solve the problem, yet are so expensive that they divert resources from areas where we can save many more lives, at far less cost.

In short, Gore's prescriptions would in effect present an obstacle to saving millions of lives.

The best science does indicate that global warming is real and man-made - and Gore deserves applause for making global warming cool again. But statements about the strong, ominous and immediate consequences of warming are often wildly exaggerated. This is also strong Gore territory - and here he deserves a severe reprimand.

We need a stronger focus on smart solutions rather than excessive if well-intentioned efforts. And we also need to put global warming in perspective: Climate change is not the only issue on the global agenda, and actually one of the issues where we can do the least good first.

That said, the warming debate presents an opportunity for America to reclaim its leadership, both enacting sensible global warming policies and smartly addressing the many other ills of the world.

Global warming is indeed real, as has been pointed out several times by the U.N. Climate Panel (the so-called IPCC). Over the coming century, temperatures will likely increase about 5ºF. The total cost of global warming is anything but trivial, about $15 trillion. Yet it is only about one-half of 1 percent of the total net worth of the 21st century, about $3,000 trillion.

W E often hear about global warming causing more heat deaths - but very little about cold deaths. It is true that, for example, the temperature rise from global warming will probably cause 2,000 more heat deaths in the United Kingdom by 2080. Yet studies indicate that the same temperature increase will also decrease cold deaths - 20,000 fewer U.K. cold deaths by 2080. Mentioning 2,000 more deaths, but not the 20,000 fewer cold deaths that go with them, is no basis for sound policy.

For the United States, the net lower death count from global warming in 2050 is estimated at 174,000 per year.

LIKEWISE with sea-level rise. The 2007 U.N. report on the issue esti mated that sea levels will rise a little over a foot during the rest of the century. This is not a trivial amount - but it is also not outside historical experience. Since 1850, we have experienced a sea level rise of about one foot, yet this has clearly not caused major disruptions.

Ask a very old person about the most important issues that took place in the 20th century. She will likely mention two world wars, the Cold War, the internal combustion engine and perhaps the IT revolution. But it is very unlikely that she will add: Oh, and sea levels rose.

Sea-level rise is a problem, but not a catastrophe. No, this is not what we hear from advocates of immediate action on global warming. Gore makes their point most forcefully. In a very moving part of his film, for example, he shows us large parts of Florida, including all of Miami, inundated by 20 feet of water. He goes on to show us equally strong clips of San Francisco Bay being flooded, the Netherlands being wiped off the map, Beijing and then Shanghai being submerged, Bangladesh be made uninhabitable for 60 million people - and even how New York City and its World Trade Center Memorial will be deluged.

The problem is that neither "if" is based on science. Gore is simply positing a hypothetical - and then showing us in graphic and gory detail what would happen. Many of Gore's defenders claim acquittal on this technicality, but of course the film clearly suggests immediate inundation.

THE current raft of policies that are ei ther enacted or suggested to combat warming are costly but have virtually no effect.

Take the Kyoto Protocol. As the nearby chart shows, Kyoto - even if it had been successfully adopted by all signatories (including the United States), and fully adhered to throughout the century - would have postponed warming by just five years, at a cost of $180 billion a year.

This does not mean we should do nothing at all about climate change. It means we need to be much smarter. We need to abandon expensive and inefficient strategies like Kyoto and search for new opportunities.

Of course, in an ideal world we would deal with warming at once, and with all the world's woes. We should win the war against hunger, end conflicts, stop communicable diseases, provide clean drinking, step up education and halt climate change. But we have to face reality.

There are many world problems - like HIV, malnutrition, trade barriers, malaria, lack of clean drinking water - where we can do immense amounts of good. It seem obvious to me that we should focus our attention and our big expenditures there first.

That does not mean we shouldn't start thinking about how we can cheaply tackle climate change in the long run. The big problem about cutting carbon emissions Kyoto-style is that it costs a lot now, and does very little for the future. Yet what matters is not whether we cut a little now, but whether we eventually cut a lot. Maybe we should try going a different way.

My proposal for tackling global warming in the long run is that all nations commit themselves to spending just 0.05 percent of gross domestic product on R&D of non-carbon-emitting energy technologies. This approach would cost about $25 billion per year - seven times cheaper than Kyoto and many more times cheaper than a Kyoto II. It would involve all nations, with richer nations naturally paying the larger share. It would let each country focus on its own future vision of energy needs - whether that means concentrating on renewable sources, nuclear energy, fusion, carbon storage, conservation or searching for new and more exotic opportunities.

Such a massive global research effort would also have potentially huge innovation spin-offs (a bit like NASA's moon mission also brought us computers and Velcro). And most importantly, it will likely have a much greater impact on the long-term climate.

THE Copenhagen Consensus process asked some of the world's leading economists - including four Nobel Laureates - where we can do the most good for the world. The answer was focusing on amazing opportunities such as fighting HIV/AIDS, malnutrition and malaria and advancing free trade. They also told us that early and strong climate action would be a bad place to start.

Climate change is a century-long, expensive issue. So we have to ask the hard question of whether we can do better by focusing on other issues first - helping real people improve their lives and resilience such that they can better deal with the world, climate change or no climate change.

In the current global-warming fury, we easily get so caught up with cutting greenhouse gasses that we forget there are other and better ways to do good. With everyone screaming, we're unlikely to make good judgments. We owe it to the future to do better.

Bjorn Lomborg is head of the Copenhagen Consensus Center, adjunct professor at Copenhagen Business School and author of the best-selling "The Skeptical Environmentalist." His new book on climate change, "Cool It" will be out in September
Posted by jtf at 6:58 PM