Why the al-Qaeda Seven Matter

My flight had been delayed, so I arrived late to a 2004 academic conference, a law school gab-fest exploring legal issues in the War on Terror. The professor giving the keynote address was well into his remarks when I sheepishly entered the rear of the hall, trying to muffle the creaky door. I wasn’t paying Professor Keynote much mind until I heard him begin to inveigh against the “American Taliban.”

That was an attention grabber. Righteous rage was not the usual tone of discussions about John Walker Lindh on college campuses. That was usually reserved for George W. Bush. But fear not: Lindh was not the target of the good professor’s wrath. No, the “American Taliban” the professor decried was . . . me.

Not me specifically, at least on this occasion — though this insult and others in the same vein were ones I’d hear any number of times at law schools and legal conferences throughout the Bush years. The professor was talking more generally: The “American Taliban” were all the lawyers who worked for the Justice Department under John Ashcroft. He meant the prosecutors who exploited the Patriot Act, detained suspects on material-witness warrants, used the immigration laws to deport illegal aliens who popped up in terrorism investigations, put Islamic “charities” out of business for funding terrorist organizations, etc. The prof’s wrath was directed at people like me (it was known that I’d be a panelist at the conference) who’d supported such counterterrorism policies as indefinite detention for enemy combatants, military-commission trials, aggressive interrogation of top jihadists, warrantless surveillance of enemy communications, and who hold the general view that jihadist terror is driven by Islamist ideology, not by American policies abhorred by the Left. 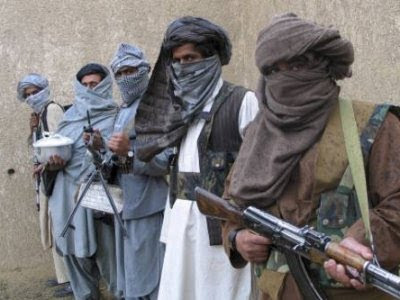 I couldn’t help remembering that 2004 incident over the past several days as we’ve endured a new round of precious pining from the American legal profession’s emirs. Their suddenly tender sensibilities are offended because seven Justice Department lawyers who volunteered their services to al-Qaeda detainees were called “the al-Qaeda Seven” in a television ad. The spot called for the Justice Department to identify those lawyers, because, as is its wont, the “most transparent administration in history” was stonewalling on the issue.

The ad was sponsored by Keep America Safe, an organization that advocates stronger U.S. national security, under the direction of Liz Cheney, Bill Kristol, and Debra Burlingame. That list of names tells you everything you need to know about the indignant tone of the criticism.

The Left is embarrassed. It senses that the public is no longer buying its bogus narrative about the Gitmo Bar: that they are noble attorneys answering the Constitution’s call in order to protect “our values.” Many of the detainees represented by these volunteers have returned to the jihad against America. Some of them have already committed more mass murders. Others are now in top positions, planning operations against our troops and our homeland. With that in mind, preaching about “the rule of law” — by which they mean “the rule of lawyers” — doesn’t seem like the best strategy for progressives at the moment. So they’ve switched to the tactic that works best with their media sympathizers: just keep saying “Cheney.”

But that isn’t going to work, either. Since Jan. 20, 2009, Vice President Cheney’s warnings about national security have been vindicated. Cheney argued that American counterterrorism policies had to change after 9/11 and that regarding jihadist terror as a mere law-enforcement issue irresponsibly endangered the nation. But Barack Obama campaigned on going back to the September 10 mindset. So where are we now? Gitmo is still open, we still have military commissions, aggressive surveillance has been inscribed in our law, and military operations have escalated. The warrantless, targeted killing of al-Qaeda operatives has not been curtailed — if anything, it has been stepped up: Evidently, that’s enough due process for Pakistan.

Obama hasn’t adopted these policies because he wants to. He has been dragged into doing so by political reality: The American people would tolerate nothing less. Given a choice, it turns out Americans vastly prefer Cheney’s counterterrorism program to the Left’s blame-America prescriptions. “Just keep saying ‘Cheney’” is not an effective argument when the public is more comfortable hearing “Cheney” than, say, “Holder.”

Here’s the Left’s other problem: For all the Obama campaign’s talk about how attorneys who voluntarily rushed to al-Qaeda’s aid were defending our “values,” the Obama administration now senses the need to hide those lawyers. It doesn’t want to name all of them, it won’t discuss their role in counterterrorism policy, and it certainly doesn’t want to talk about which terrorists they were helping. By contrast, “the American Taliban” aren’t hiding. We wear the Left’s insult as a badge of honor, as much for who our critics are as for the policy direction their insult implies.

Attorney General Holder, for example, dismissed me as a “polemicist” in Senate testimony. Imagine being called a polemicist by this guy. Here’s what he had to say in the course of slandering the Bush Justice Department for approving “needlessly abusive and unlawful practices”:

While Holder is gunning for indictments and retribution, those denounced as the “American Taliban” are seeking only openness in government. The designation “al-Qaeda Seven” for those lawyers who volunteered their services to al-Qaeda is not a call for anyone to be fired, nor an argument that lawyers who represented the enemy are not qualified to work in the Justice Department or elsewhere in government. It was a call for political accountability, a contention that these lawyers, and the positions they took during the Bush years, instantiate the kind of counterterrorism policies President Obama favors — policies that endanger our national security.

No one has been a more vigorous critic of Eric Holder’s stewardship of the Justice Department than I have. I remain scornful, though, of suggestions that he be fired. Mr. Holder, like the DOJ’s Gitmo lawyers, the administration’s sundry czars, cabinet secretaries such as Janet “The System Worked” Napolitano, and advisers like John “20 Percent Recidivism for Released Terrorists Is Not Bad” Brennan, is not an independent actor. President Obama’s appointees are simply implementing President Obama’s policies. We are in a policy debate about the current direction of national security and over whether, come 2012, President Obama is the person Americans should want at the helm. By forcing that debate, we’ve pushed Obama, against his own inclinations, to be less reckless than he would otherwise have been. That’s not gotcha politics; it’s good policy.

But Holder is not content with his libelous indictment of Bush-administration lawyers and policymakers. He promised a “reckoning” against them. And, sure enough, his department has tried to ruin them. Those lawyers weren’t treated as thoughtful professionals who were simply serving the administration of justice by representing their client — the story we’ve supposed to accept as gospel when it comes to the Gitmo Bar. When it came to the Bush lawyers, the profession’s big guns did not write op-eds about how we must separate honorable lawyers from their unpopular clients. There were, instead, demands for indictment and professional discipline. They tried to destroy John Yoo, they denied Jim Haynes a seat on the federal bench, and some of them are still trying to impeach Jay Bybee.

For the Left, it wasn’t enough to call Bush lawyers “the American Taliban.” They weren’t just trying to crystallize a political debate about the proper balance between liberty and security. They were scorching the earth. They took good men and tried to destroy them over a policy dispute. And now they’re upset about the use of a label that accurately fits what they did.

“Al-Qaeda Seven” reminds me of another legal shorthand expression: “mob lawyer.” It’s a common expression — everyone uses it. I’d wager that a number of the DOJ’s Gitmo lawyers have either used it or been in conversations where it rolled effortlessly, and without objection, off the tongues of other prosecutors. “Mob lawyers” are lawyers who regularly represent members and associates of the mafia. It’s such a commonplace that even the mob lawyers call themselves “mob lawyers.” It’s a handle; it doesn’t mean the people who use the term don’t see the moral difference between mobsters who commit heinous crimes and the lawyers who defend them. Same with the “al-Qaeda Seven.”

Much of the commentary on this point, including from some people who usually know better, has been specious. The normally sensible Paul Mirengoff, for example, huffs, “It is entirely inappropriate to suggest that these lawyers share the values of terrorists or to dub the seven DOJ lawyers ‘The al-Qaeda Seven.’” The values of the terrorists? Which values?

Jihadists believe it is proper to massacre innocent people in order to compel the installation of sharia as a pathway to Islamicizing society. No one for a moment believes, or has suggested, that al-Qaeda’s American lawyers share that view. But jihadist terrorists, and Islamist ideology in general, also hold that the United States is the root of all evil in the world, that it is the beating heart of capitalist exploitation of society’s have-nots, and that it needs fundamental, transformative change.

This, as I argue in a book to be published this spring, is why Islam and the Left collaborate so seamlessly. They don’t agree on all the ends and means. In fact, Islamists don’t agree among themselves about means. But before they can impose their utopias, Islamists and the Left have a common enemy they need to take down: the American constitutional tradition of a society based on individual liberty, in which government is our servant, not our master. It is perfectly obvious that many progressive lawyers are drawn to the jihadist cause because of common views about the need to condemn American policies and radically alter the United States.

That doesn’t make any lawyer unfit to serve. It does, however, show us the fault line in the defining debate of our lifetime, the debate about what type of society we shall have. And that political context makes everyone’s record fair game. If lawyers choose to volunteer their services to the enemy in wartime, they are on the wrong side of that fault line, and no one should feel reluctant to say so.

— National Review’s Andrew C. McCarthy is a senior fellow at the National Review Institute and the author of Willful Blindness: A Memoir of the Jihad (Encounter Books, 2008).
Posted by jtf at 6:11 PM