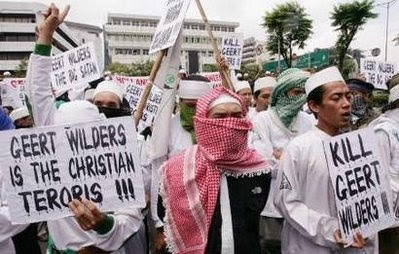 Geert Wilders – the sometimes-libertarian Dutch politician currently on trial for “hate speech” in his country – has become a kind of Rorschach test for right-of-center American pundits. He has recently been under attack by Glenn Beck, who seems to have called him a fascist, and by Charles Krauthammer, who, while more judicious, claims Wilders does not understand, or misconstrues, the difference between Islam and Islamism (and is therefore not worthy of our support).

Beck’s criticism of Wilders is pretty dismissible since the populist TV commentator does not appear particularly versed in European affairs. Indeed, in the video linked at his name, Beck erroneously identifies French politician Dominique de Villepin as “far right” and then mispronounces his name – in fingers down a blackboard fashion – as if he had confused the Chirac protégé with the truly fascist Jean Marie le Pen. Maybe he had. Only his producers, who have served him poorly here, know for sure. And maybe even they don’t, which is the problem. (Beck should also have another look at Jonah Goldberg’s book and at Hayek’s The Road to Serfdom before he makes such simplistic conclusions about fascism, the left and the right across the pond.)

I could go on about how the American Right ought to become sophisticated about international affairs (not that the American Left is!), but I will pass on to Charles Krauthammer, a man many of us – myself included – regard as the sine qua non of conservative columnists. He too seeks to distance himself from Wilders:

What he says is extreme, radical, and wrong. He basically is arguing that Islam is the same as Islamism. Islamism is an ideology of a small minority which holds that the essence of Islam is jihad, conquest, forcing people into accepting a certain very narrow interpretation [of Islam].

The words “radical” and “extreme” connote the relationship between Wilders’ view and mainstream thinking (in this they differ from the word “fascist,” which connotes a specific ideology). In the politically correct West of today, I believe it is fair to characterize Wilders as radical and extreme.

But is Wilders wrong? Krauthammer says he is because the overwhelming majority of Muslims in the U.S. and Europe are not Islamists. Wilders does not deny this. As he said last week in London:

"The majority of Muslims are law-abiding citizens and want to live a peaceful life as you and I do. I know that. That is why I always make a clear distinction between the people, the Muslims, and the ideology, between Islam and Muslims. There are many moderate Muslims, but there is no such thing as a moderate Islam."

Wilders is making a theological point here — his contention is that Islam, as set forth in the teachings of the Koran, “commands Muslims to exercise jihad. . .to establish shariah law [and]. . .to impose Islam on the entire world.” I’m no scholar of Islam, but I believe Wilders is correct. To show otherwise, one would have to explain away portions of the Koran. It is not enough just to call Wilders’ interpretation of that book “narrow.”

If you agree with Mirengoff – and I do -, it is important to support Wilders in his trial, if only as a supporter of fundamental free speech. The ACLU – if it existed in any honest fashion – would be behind the Dutchman in a heartbeat. Such support would seem to be obvious and an easy choice for a man like Krauthammer. So why his unease with Wilders?

I know how presumptuous (and dangerous) it is to psychoanalyze a psychoanalyst (well, psychiatrist) like Charles Krauthammer, but I am going to risk it. I suspect the columnist gave voice to those opinions of Wilders not because he thinks the Dutch politician is “extreme,” but because he is afraid the Dutch politician is right. Call it projection, but I believe this because I have the exact same fear. I think many of us do and we don’t want to face it. Who would? The resultant conclusions are too depressing.

If Wilders is correct, and the line between Islam and Islamism is as blurred as the Dutchman posits, then we in the West are in very deep trouble indeed. And nothing short of an Islamic reformation will solve it. (Well, there is something else, but it’s pretty close to global Armageddon and who wants to deal with that?) Wilders – living much closer to the fault line in Amsterdam, the city of Theo Van Gogh’s and Pim Fortuyn’s murders, than we do in Washington or L. A. – feels the confrontation in a more visceral manner on a daily basis. Indeed, much of the Dutch public seems to as well, since, according to a recent Reuters report, Wilders’ Freedom Party leads the pack in their forthcoming parliamentary elections, leaving Wilders with the bizarre possibility of being elected Prime Minister while being convicted of “hate speech.” All this in the country we most identify with the values of the Sixties. Go figure. (Well, maybe that’s actually why.)

Much of the condemnation of Wilders – and an issue that disturbed me – comes from his supposedly calling for the Koran to be banned in Holland the way Mein Kampf is restricted in that country (to scholars in libraries). He reasoned that the Islamic holy book contained the same kind of racial incitement as Hitler’s apologia; therefore, it should have the same treatment. Well, that could be, but the problem for Westerners, especially Americans, is the whole book banning thing. Wilders, however, insists that he never really wanted a true banning and that his call was to give publicity to this issue in his country.

He discusses this in more detail than I have seen elsewhere in an interesting interview with Bill Whittle for PJTV. I also asked Wilders about the banning personally when I met him at a social gathering in Los Angeles, where he said substantially the same thing.

Unfortunately, the important issues at play here may not be surfaced in his forthcoming trial, because the judges have seriously restricted the number of witnesses. They seem to want the case to go away. Perhaps they too, like Krauthammer, are terrified that Wilders is right.

Okay, I am putting words in the columnist’s mouth – or fears in his unconscious. I apologize. I already admitted I am projecting. But whatever the case, attention must be paid to Geert Wilders. He is a highly intelligent man on the front lines of the struggle for a secular and free Europe and should not be dismissed – or misunderstood. 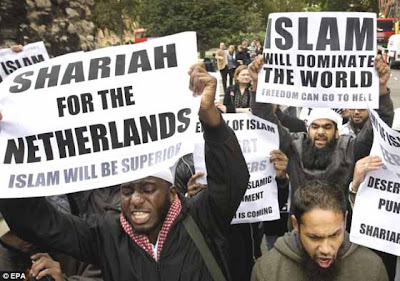 These aren't words one has cause to type terribly often, but I think Charles Krauthammer is being deeply naïve in his observations on Geert Wilders (as, reportedly, was Glenn Beck, to whom I am otherwise well disposed, not least because he liked my Christmas single).

Wilders does not need to be lectured condescendingly about distinctions within Islam, because he lives with them every day. And he has concluded, notwithstanding Dr. Krauthammer's views on the precise "minority" that identifies as "Islamist," that Islam itself is the issue — and that, therefore, regardless of the "moderation" of the "overwhelming majority" of Muslims, the more Islam the less Netherlands in any recognizable sense. Are the gangs of gay bashers on the streets of Amsterdam "Islamist" by Krauthammer's definition? Maybe, maybe not. But, either way, they make the running, and the rest of the community is either indifferent or quiescent.

As for whether Wilders is "extremist," his views on the cultural compatibility of immigrants were routine and unexceptional until the 1960s, not only in Europe, but also in the U.S. And, even in North America today, they are the stated policy of the Government of Quebec. One can certainly disagree with that, but does that make Quebec also "fascist" (Beck) or even "extreme" (Krauthammer)?

Dr. Krauthammer is also incorrect to suggest there are two issues here. When the state attempts to constrain further Europe's already too shriveled bounds of public discourse, the only issue is state power. The Continental political class does not want to debate the question of its ever more assertive Muslim populations, and so has decided to criminalize that debate. Geert Wilders lives under 24/7 security because Muslims (including the killer of Theo van Gogh) have pledged to murder him. Yet he's the one on trial for incitement? The issue is not Wilders or his views, but the Dutch state and their ever more "extreme, radical, and wrong" views on core Western liberties.