The release of the Irbil Five is a continuation of a shameful policy.

There are a few things you need to know about President Obama’s shameful release on Thursday of the “Irbil Five” — Quds Force commanders from Iran’s Islamic Revolutionary Guards Corps (IRGC) who were coordinating terrorist attacks in Iraq that have killed hundreds — yes, hundreds — of American soldiers and Marines. 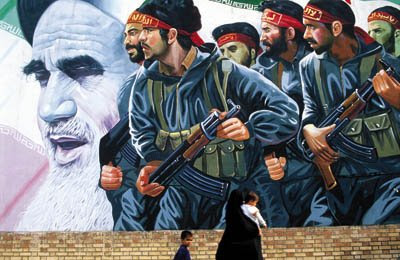 First, of the 4,322 Americans killed in combat in Iraq since 2003, 10 percent of them (i.e., more than 400) have been murdered by a single type of weapon alone, a weapon that is supplied by Iran for the singular purpose of murdering Americans. As Steve Schippert explains at NRO’s military blog, the Tank, the weapon is “the EFP (Explosively Formed Penetrator), designed by Iran’s IRGC specifically to penetrate the armor of the M1 Abrams main battle tank and, consequently, everything else deployed in the field.” Understand: This does not mean Iran has killed only 400 Americans in Iraq. The number killed and wounded at the mullahs’ direction is far higher than that — likely multiples of that — when factoring in the IRGC’s other tactics, such as the mustering of Hezbollah-style Shiite terror cells.

Second, President Bush and our armed forces steadfastly refused demands by Iran and Iraq’s Maliki government for the release of the Irbil Five because Iran was continuing to coordinate terrorist operations against American forces in Iraq (and to aid Taliban operations against American forces in Afghanistan). Freeing the Quds operatives obviously would return the most effective, dedicated terrorist trainers to their grisly business.

Third, Obama’s decision to release the five terror-masters comes while the Iranian regime (a) is still conducting operations against Americans in Iraq, even as we are in the process of withdrawing, and (b) is clearly working to replicate its Lebanon model in Iraq: establishing a Shiite terror network, loyal to Iran, as added pressure on the pliant Maliki to understand who is boss once the Americans leave. As the New York Times reports, Gen. Ray Odierno, commander of U.S. forces in Iraq, put it this way less than two weeks ago:

Iran is still supporting, funding, training surrogates who operate inside of Iraq — flat out. . . . They have not stopped. And I don’t think they will stop. I think they will continue to do that because they are also concerned, in my opinion, [about] where Iraq is headed. They want to try to gain influence here, and they will continue to do that. I think many of the attacks in Baghdad are from individuals that have been, in fact, funded or trained by the Iranians.

Fourth, President Obama’s release of the Quds terrorists is a natural continuation of his administration’s stunningly irresponsible policy of bartering terrorist prisoners for hostages. As I detailed here on June 24, Obama has already released a leader of the Iran-backed Asaib al-Haq terror network in Iraq, a jihadist who is among those responsible for the 2007 murders of five American troops in Karbala. While the release was ludicrously portrayed as an effort to further “Iraqi reconciliation” (as if that would be a valid reason to spring a terrorist who had killed Americans), it was in actuality a naïve attempt to secure the reciprocal release of five British hostages — and a predictably disastrous one: The terror network released only the corpses of two of the hostages, threatening to kill the remaining three (and who knows whether they still are alive?) unless other terror leaders were released.

Michael Ledeen has reported that the release of the Irbil Five is part of the price Iran has demanded for its release in May of the freelance journalist Roxana Saberi. Again, that’s only part of the price: Iran also has demanded the release of hundreds of its other terror facilitators in our custody. Expect to see Obama accommodate this demand, too, in the weeks ahead.

Finally, when it comes to Iran, it has become increasingly apparent that President Obama wants the mullahs to win. What you need to know is that Barack Obama is a wolf in “pragmatist” clothing: Beneath the easy smile and above-it-all manner — the “neutral” doing his best to weigh competing claims — is a radical leftist wedded to a Manichean vision that depicts American imperialism as the primary evil in the world.

You may not have wanted to addle your brain over his tutelage in Hawaii by the Communist Frank Marshall Davis, nor his tracing of Davis’s career steps to Chicago, where he seamlessly eased into the orbit of Arafat apologist Rashid Khalidi, anti-American terrorists Bill Ayers and Bernardine Dohrn, and Maoist “educator” Michael Klonsky — all while imbibing 20 years’ worth of Jeremiah Wright’s Marxist “black liberation theology.” But this neo-Communist well from which Obama drew holds that the world order is a maze of injustice, racism, and repression. Its unified theory for navigating the maze is: “United States = culprit.” Its default position is that tyrants are preferable as long as they are anti-American, and that while terrorist methods may be regrettable, their root cause is always American provocation — that is, the terrorists have a point.

In Iran, it is no longer enough for a rickety regime, whose anti-American vitriol is its only vital sign, to rig the “democratic” process. This time, blatant electoral fraud was also required to mulct victory for the mullahs’ candidate. The chicanery ignited a popular revolt. But the brutal regime guessed right: The new American president would be supportive. So sympathetic is Obama to the mullahs’ grievances — so hostile to what he, like the regime, sees as America’s arrogant militarism — that he could be depended on to go as far as politics allowed to help the regime ride out the storm.

And so he has. Right now, politics will allow quite a lot: With unemployment creeping toward 10 percent, the auto industry nationalized, the stimulus revealed as history’s biggest redistribution racket (so far), and Democrats bent on heaping ruinous carbon taxes and socialized medicine atop an economy already crushed by tens of trillions in unfunded welfare-state liabilities, Iran is barely on anyone’s radar screen.

So Obama is pouring it on while his trusty media idles. When they are not looking the other way from the carnage in Iran’s streets, they are dutifully reporting — as the AP did — that the Irbil Five are mere “diplomats.” Obama frees a terrorist with the blood of American troops on his hands, and the press yawns. Senators Jeff Sessions and Jon Kyl press for answers about the release of the terrorist and Obama’s abandonment of a decades-old American policy against trading terrorists for hostages, and the silence is deafening.

Except in Tehran, where the mullahs are hearing exactly what they’ve banked on hearing.

— National Review’s Andrew C. McCarthy is a senior fellow at the National Review Institute and the author of Willful Blindness: A Memoir of the Jihad (Encounter Books, 2008).
Posted by jtf at 7:12 AM