EDITOR’S NOTE: What follows is adapted from remarks delivered before a Portsmouth Institute session celebrating the life and faith of William F. Buckley Jr. 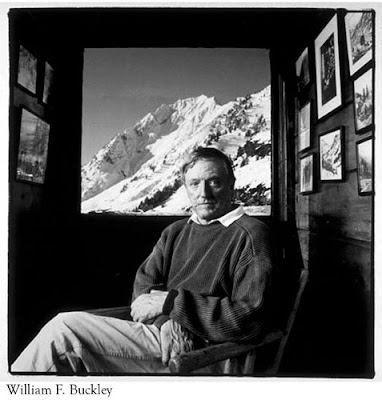 Let me begin by confronting the canard spreading through this conference that I am here under false pretenses. Not true. I am an Episcopalian, which is to say that I’m here under real pretenses. Indeed, according to a recent survey conducted by the Gallup organization, I may not be just an Episcopalian but the Episcopalian. Perhaps I should present myself to your monastery as a kind of anthropological exhibit. Let me note, however, in a transparent and pathetic plea for absolution, that I have a Catholic wife, three Catholic children, and eight Catholic grandchildren — which is more than most Catholics have done for you lately.

I was introduced to the woman who would become my Catholic wife, of course, by Bill Buckley. It was part of his indefatigable campaign to enlist me in the legions of Rome. Every few years for a half-century he would inquire, “Mon vieux, are you still a stalwart Episcopalian?” I would reply that I was. He would then say in a pained tone, “Ohhhh, I see,” as if he had been reminded yet again that my ignorance was invincible.

If I am not licensed, then, to discuss the Catholic Buckley, let me say a few words about the universal and apostolic Buckley. To begin with, he was my best friend. I hasten to add that I was not his best friend. Over the years I had heard him describe twelve different men as his best friend. There were undoubtedly others who went uncounted. He had an enormous talent for the making and keeping of friendships, so much so that he made of his life a work of art.

This special gift, by the way, ran in the Buckley family. Back in 1976 Bill had dispatched me on a secret mission. His brother Jimmy was running for re-election to the Senate, and Bill anticipated a rough-and-tumble contest. The early Democratic favorite was the ferocious Bella Abzug. I was then running a journalistic organization, and Bill asked me to prepare an opposition-research report on Jimmy — a catalog of all the mudballs an unrestrained opponent might be tempted to sling. We beavered away and came up with a thick file: no drugs, no women, no scams, no unsavory connections, no funny money, no domestic incidents, nothing at all to excite my staff gumshoes. Jimmy’s criminal career seemed to have peaked with the allegation, later refuted, that he had ripped one of those tags off a mattress. But we did unearth evidence that Jimmy had served as best man at five weddings. I was stunned by what I regarded as a world-class performance in the Friendship Olympics. Bill found this datum unremarkable. Everybody was good at making friends, weren’t they? 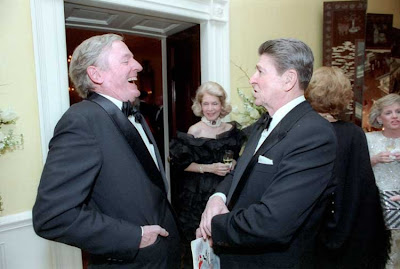 Bill was of course a man of several parts. A writer. An editor. A controversialist. A fully formed Christian man. A mentor to some of us here. I was once asked about Bill’s mentoring and responded that, if the term were not usefully employed elsewhere, I would describe his approach as the Heimlich Maneuver. He pushed, he cajoled, he demanded that you produce your best work. And when you did, he was boyishly delighted and promoted you shamelessly to his well-connected friends.

It is perhaps less widely recognized that he was an organizational genius of sorts — a great talent scout, a prodigious fundraiser, a builder of movements and institutions. We used to joke about how hard it was to change the world, even for Bill Buckley. He would say of his budding conservative enterprise, “We have 200 absolutely essential jobs to be done and only 20 people to do them.” Bill’s solution to that managerial challenge was typically elegant. He announced that we would all do ten jobs each. There would have been some grumbling in the ranks but for the fact that Bill took on all of the toughest jobs himself.

As I say, my experience was not at all unique. There are many of us, we Friends of Bill, salted across American media, the academy, the political world, and — I would hope — the Church. Not a one is a time-server or a clock-watcher. They are all, each in his or her own way, still trying to change the world. Bill picked his friends with care. My own good fortune, then, was to be the guy standing next to Bill Buckley when he became Bill Buckley. In 1963, he was a gifted polemicist in the world of the small magazine. After the column, the campaign, and the launch of Firing Line, he was, only a few years later, a commanding figure on the national scene. 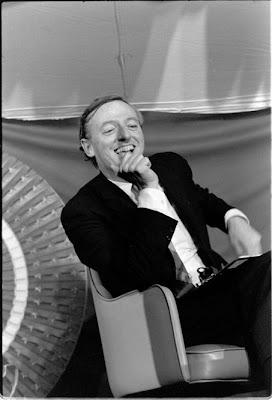 Let me leave you with two stories, the first about Bill Buckley and the second about Pat Buckley, who’s gotten some bad press recently. I hope these stories will suggest why I found them both to be irresistible.

Some years back my good Catholic wife gave me the best Christmas present I ever received — a copy of my FBI file. I don’t know if the lacuna still exists, but at the time, under an obscure provision of the Freedom of Information Act, you could obtain a redacted copy of everything the Bureau had bothered to remember about you. Included in this so-called raw file were transcripts of agent interviews conducted during field audits — those elaborate inquiries into a candidate’s suitability for federal appointment. These files made for fascinating reading: All of the interviewees had been sworn to tell the truth, but at the same time had been promised permanent confidentiality. The raw file, indeed. Well, come Christmas morning I read through what I immediately recognized as Bill’s interview — complete with the agent’s misspelling of mutatis mutandis — and I came to the final, omnibus, fanny-covering question: Would I, candidate Freeman, be likely to embarrass the administration? Replied witness Buckley, under oath: “I should think that the reverse is much more likely.”

And now a word about the luminiferous Mrs. Buckley. To those of us who knew her in the Sixties, she was Patsy. By the Seventies, when she was emerging as a powerhouse fashionista, it was Pat; and by the Eighties, when she had become an arbiter of cosmopolitan taste and trend, it was always, “the chic and stunning Pat Buckley.” She of the three first names. I once asked if I might call her “Chic” for short. Down through the decades Patsy had been a constant presence at National Review board and editorial dinners. Her custom was to descend the staircase of the maisonette after her guests had assembled in the foyer, make the entrance grande, and then perambulate, working her way around the room with a witty word and an air-kiss for each of us. We would then go in to dinner, Patsy hosting one table, Bill the other. During the first course, Bill would move around the tables handing out slips of paper with after-dinner speaking assignments. On one memorable evening, my slip read simply, “After Henry.” I didn’t recall meeting anybody named Henry at the reception, so I looked around the tables and saw, sitting next to Patsy, a man who looked very much like Henry Kissinger.

I should add a bit of context here. Until Bill Buckley mellowed with his fame of the Seventies, and even more so with the political prosperity of the Eighties, his dinners could be tough and edgy affairs, the site of forensic combat on the British public-school model. It was a way, as Bill once said, to separate the women from the girls. And indeed, some young editors and directors failed to survive the ordeal and were quickly airbrushed from institutional memory.

But please excuse the apostrophe. Back to the night in question . . . 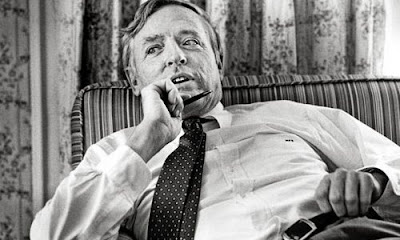 We finished Patsy’s magnificent dinner — Beef Wellington, it frequently was in those days. Bill tapped his wine glass and then introduced our special guest, instructing him to “crystallize” his views on the current international situation. We all enjoyed it when Bill would issue instructions to princes and presidents. Almost invariably, they would immediately and meekly comply. I believe the phenomenon is called command presence. Well, Henry Kissinger got to his feet and began to unwind this sweeping tour d’horizon, fully Kissingerian in scope, weaving historical, military, and economic aperçus into a fine geostrategic tapestry. As he did so, I sat staring glumly at my slip of paper, a young NR director whose knowledge of foreign affairs might charitably be described as cursory; a young NR director praying that God, even a Catholic God, might breathe a little inspiration my way. Kissinger concluded to thunderous applause and just as I rose to speak, Patsy Buckley said in that voice that could cut through harbor fog — “Henry, you’re making no sense at all. Thank God we’ve got Neal here to straighten this all out.” Only my Episcopalian genes restrained me from dashing across the room and kissing her sloppily on the face.

As you will appreciate, Patsy Buckley was the kind of woman who could inspire devotion and, in Bill Buckley’s case, that devotion was inspired until death did them part. Bill was, in equal measure, devoted to his son Christopher, to his many best friends, to his beloved country. To those close to him, however, what was most striking of all was his devotion to his Church. I traveled with him in five different decades and I can report that, while he could not always be relied upon to find a decent restaurant, or a hygienic restroom, or a surgeon who spoke English, he could always find a place to profess his faith. On a rocky coast, in an urban hellhole, even in a Communist wasteland — wherever his travels took him, he would identify some semblance of a Church outpost and make his pilgrim’s way there to worship his Savior.

I leave it to you licensed professionals to determine whether Bill Buckley was a good Catholic. What I can say with authority is that, for the rest of us, he made Catholicism look resplendently good.

— Neal B. Freeman is chairman of the Blackwell Corporation and can be reached at nealfreeman@blackwellcorp.com.
Posted by jtf at 9:56 PM