ST. LOUIS -- If he'd played in Boston, he would've been Ted Williams. In New York, maybe Joe DiMaggio. In Brooklyn, who knows what song they might've written about him? 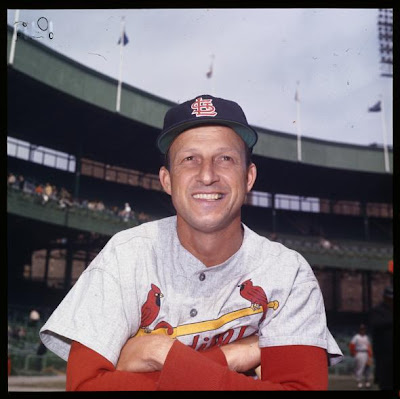 Instead, Stan Musial spent his entire career in the Midwest. Far from the famed East Coast ballparks that made up baseball's epicenter in the 1940s and 1950s, Musial simply wailed away on his harmonica and overmatched pitchers to build a legacy in St. Louis.

There's a reason there are not one, but two statues of Musial outside Busch Stadium, and why Tuesday night's All-Star Game hosted by the Cardinals is a natural tribute to the man himself.

"One of the best players in the history of the game."

A fixture in St. Louis long before the Gateway Arch, the Donora native and recent inductee into the WPIAL Hall of Fame hit a record six home runs in a whopping 24 All-Star games. A three-time MVP with seven batting titles, he held the NL record for career hits when he became a first-ballot Hall of Famer in 1969 with 93 percent of the vote.

A decade after his retirement, he would show up at Old-Timers games and still line shots to the wall. 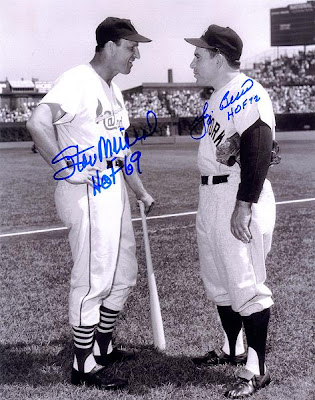 Now 88, Musial has been a less frequent visitor to the stadium in recent years because of balky knees and general declining health.

He briefly flashed his corkscrew batting stance on opening day this year after getting a ride in a golf cart to the mound. He participated in a tag-team first pitch, flipping the ball to former teammate Red Schoendienst, then watching the Hall of Fame infielder walk halfway to the plate for an underhand toss.

Predictably, the sellout crowd responded with a standing ovation.

Growing up in Little Rock, Ark., Brooks Robinson idolized Musial. He recalls the Cardinals coming through town and playing the Chicago White Sox every year at the end of spring training.

Robinson, a first-ballot Hall of Famer himself after his career with the Orioles, ranks Musial up at the top of his era along with Mickey Mantle, Willie Mays, Hank Aaron and Frank Robinson.

"Stan is one of the elite Hall of Famers, that's the way I put it," Robinson said. "He towers over just about everyone."

Musial and other Hall of Famers will be honored in a parade a few hours before Tuesday's game. Musial memorabilia figures to be plentiful, too, at the All-Star FanFest with an exhibit detailing the city's baseball history. 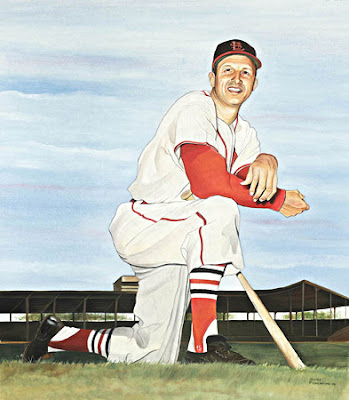 A star pitcher in the minors before an injury, he joined the Cardinals in 1941 and never left. He played the outfield and first base, and year by outstanding year built the case he was one of the best ever.

Musial had amassed 55 major league records when he retired in 1963, and is still the only player to hit 400 homers and strike out fewer than 700 times. In fact, he never fanned even 50 times in a season.

For decades, and now at two stadiums, the original Musial statue has been a reminder for those too young to have witnessed his accomplishments.