As the trial of Geert Wilders for insulting Islam moves forward in the Netherlands, the one witness that could clear him of these charges will not be called.

Muhammad Taqi Usmani is a highly respected and well-known expert on Islamic law who served for 20 years as a Sharia judge on Pakistan’s Supreme Court. He is quite possibly the world’s most influential Islamist thinker and writer outside of the Middle East. Usmani is a frequent visitor to Britain, where his monograph Islam and Modernism caused a great deal of controversy. 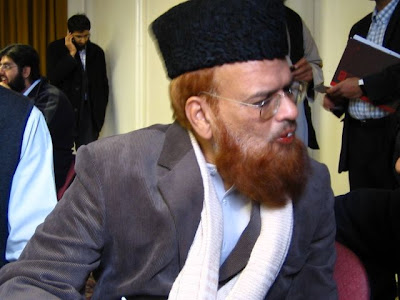 Why is Usmani so important for the purposes of Wilders’ trial? Simply put, Usmani’s interpretation of Islamic doctrine as it concerns non-believers is the same as Wilders’. Indeed, the critical lesson to be gleaned from Usmani’s work bolsters the very argument that Wilders is on trial for making – namely, that the doctrine of jihad, as expounded in Islamic texts, inherently poses a threat to Western civilization. In fact, Osama Bin Laden made the exact same point in a lengthy essay entitled “Moderate Islam is a Prostration to the West” (reproduced in Raymond Ibrahinm’s The al Qaeda Reader).

I don’t know if Wilders is familiar with Islam and Modernism. However, the reader of this work will be struck by the similarities between it and Fitna, the short film that has played a significant role in landing Wilders in court. The critical difference between the two is that no one – especially no Muslim thinker, writer or the Organization of Islamic Countries – has ever accused Usmani of hate speech or of insulting Islam. And yet, consistency of treatment would mandate that if Wilders must go to trial, so should Usmani. At the very least, Usmani should be publicly condemned and ridiculed by prominent Muslim thinkers in Muslim countries.

Consider the nature of his work. Islam and Modernism is broadside attack against modernist Muslim thinking and Western civilization. Usmani is critical of modern practices such as charging interest, women and men working together, birth control, and science that it is not used to further religious thinking. Even America’s moon landing in 1969 is described as an “international crime.”

However, it is his chapter on offensive jihad, which he calls aggressive jihad, that is most significant for purposes of Wilders’ trial. Offensive jihad is the Islamic doctrine that requires Muslims to subjugate unbelievers to Islamic rule by imposing a number of restrictions, including paying a special tax known as the jizya. Usmani categorically rejects the idea, stated by some modern Muslim thinkers, that offensive jihad can be abandoned if Muslims are freely allowed to proselytize among non-Muslims (though non-Muslims can never freely proselytize in Muslim countries). He states that “in my humble knowledge there has not been a single incident in the entire history of Islam where Muslims had shown their willingness to stop jihad just for one condition that they be allowed to preach Islam freely.” He cites the Quran to the effect that “killing is to continue until the unbelievers pay jizyah after they are humbled and overpowered.”

The jizya is important in Usmani’s eyes because it is the necessary precondition for non- Muslims to convert to Islam. He asks:

“How can the efforts of Muslim missionaries be effective in an atmosphere where anti-Islamic doctrines [are] being spread on the strength of political power with full vigor, and their propagation carried out with means not possessed by Muslims?”

Essentially, Usmani is arguing that Islam cannot compete on an equal footing with non-Islamic doctrines and that it is the subjugation of the non-believers to Islamic rule that is needed before they will convert. Hence, Islamic rule must precede conversion efforts. He approvingly cites the view that “[b]y commanding jihad Allah does not mean that the unbelievers be killed outright, but the aim is that the religion of Allah should dominate the world…”

Usmani is a “moderate” in that he does not favor waging offensive jihad until Muslims are strong enough. Thus, peace agreements “along with all efforts to accumulate the sources of power [by the Muslims] are indeed lawful…If Muslims do not possess the capability of ‘Jehad with power’ agreement may be made till the power is attained.” However, once that strength is attained, offensive jihad must be launched. Though he does not mention it, Usmani appears to be basing this tactic on Muhammad’s temporary treaty with the Quraysh tribe known as “The Treaty of Hudabiyyah”. He made this treaty at a time when Muslims were too weak to fight the Quraysh.

Whether one agrees or disagrees with Wilders’ and Usmani’s interpretation of Islam is beside the point. The real question is: How can Wilders be prosecuted for agreeing with the interpretation of a world-renowned Islamic thinker and scholar – a scholar who has never been accused of hate speech or insulting Islam? At the very least, Islam and Modernism should be submitted as a defense exhibit at Wilders’ trial.

- John C. Zimmerman is author of Holocaust Denial: Demographics, Testimonies and Ideologies, and has also published on jihad and Islamism.
Posted by jtf at 8:05 AM