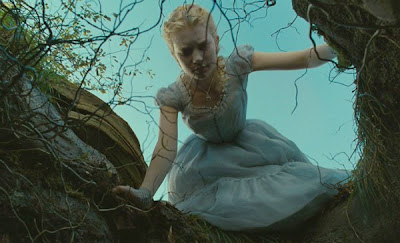 What is most like Alice in Wonderland is discussing medical care reform in the abstract, as if there are not already government-run medical care systems in this country and elsewhere.

We are repeatedly being told that we need to have a government-controlled medical care system, because other countries have it-- as if our policies on something as serious as medical care should be based on the principle of monkey see, monkey do.

By all means look at other countries, but not just to see what to imitate. See how it actually turns out. Yet there seems to be an amazing lack of interest in examining what government-controlled medical care produces.

While our so-called health care "summit" last week was going on, British newspapers were carrying exposes of terrible, and often deadly, conditions in British hospitals under that country's National Health Service. But this has not become part of our debate on what to expect from government-controlled medical care.

Such scandals are an old story under the National Health Service in Britain, one repeatedly producing fresh scandals that their newspapers carry, but ours ignore.

In addition to a whole series of National Health Service scandals in Britain over the years, the government-run medical system in Britain has far less high-tech medical equipment than there is in the United States. Neither in Britain, Canada, nor in other countries with government-run medical care systems can people get to see doctors, especially surgeons, in as short a time as in the United States.

It is not uncommon for patients in those countries to have to wait for months before getting operations that Americans get within weeks, or even days, after being diagnosed with a condition that requires surgery. You can always "bring down the cost of medical care" by having a lower level of quality or availability.

But, again, you may never learn any of this by following most of the American mainstream media. It is not that they don't make comparisons between medical care in different countries. But they tend to feature news that will promote government-controlled care.

Much, if not most, of health care depends on what individuals do in the way they live their own lives-- including eating habits, alcohol intake, exercise, narcotics and homicide. A study some years ago found that Mormons live a decade longer than other Americans. But nobody believes that Mormons' doctors are that much better than other doctors. When you don't do a lot of things that shorten your life, you live longer. That is not rocket science.

Americans tend to have higher rates of obesity, narcotics use and homicide than people in some other countries. And there is not much that doctors can do about that.

When you can get to see a doctor faster, and get treatments underway without waiting for months, while the cancer grows and spreads, you have a better chance of surviving. That, too, is not rocket science. But it is also something that you are not likely to see featured in most of the media, where people are promoting their own pet notions and agendas, instead of giving you the facts on which you can make up your own mind.

- Thomas Sowell is a senior fellow at the Hoover Institute and author of The Housing Boom and Bust.
Posted by jtf at 9:59 AM