Millions For the Sex Predator, Death For His Victim

Just a quick jog between a long school day and family dinner. For 17 year old Chelsea King, a familiar route in a neighborhood park. For this A student and symphony orchestra member, another great day in the San Diego suburbs. Her last day. She never came home. She never will.

After a 5 day search of the area by family, friends, several thousand volunteers, and multiple law enforcement agencies, Chelsea's body was found in a shallow grave near the jogging track. DNA recovered from her underwear found nearby identified a registered sex offender who has now been charged with Chelsea's rape and murder. 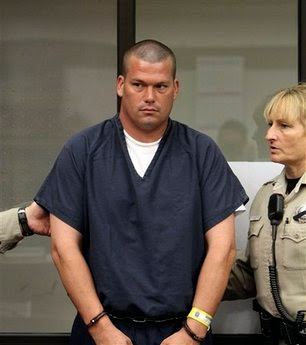 John Albert Gardner III is escorted by sheriff deputies as he glances toward the judge at an arraignment where he pleaded not guilty to murder and other charges in the case involving teenager Chelsea King in a San Diego Superior Courtroom Wednesday March 3, 2010 in San Diego.
(AP Photo/Lenny Ignelzi)

The sex offender was not at his registered address in Lake Elsinore, (Riverside County) CA, but was visiting family in the Lake Hodges (San Diego) area where the park and jogging path is located.

This wasn't the first time for the sex offender. He pled guilty to molesting and beating up a 13 year old neighbor girl in May 2000.

In that case, the court ordered a psychiatric evaluation which was done by Dr. Matthew Carroll. His report called the perp a "continued danger to underage girls in the community" and an "extremely poor candidate" for treatment. In conclusion, Dr. Carroll urged "the maximum sentence allowed by law".

That sentence was 11 years in state prison. While the San Diego District Attorney's prosecutors sentencing memo incorporates Dr. Carroll's findings and notes that the predator "never expressed one scintilla of remorse for his attack upon the victim", despite overwhelming evidence of guilt.
Nonetheless, the prosecutors recommended just 6 years. The predator was released after 5. In the wake of the Chelsea King killing, law enforcement is looking at a number of unsolved attacks on young girls and women in the same area since his release.

Unfortunately, this is not an isolated case. It's part of an epidemic that terrifies parents and their kids everywhere in this country.

In California alone, more than a quarter of the 8,750 registered sex offenders released from prison are not living at the registered address or are homeless. Another 900 sex offenders are not registered at all despite being legally required to do so.

Jessica's Law prohibits sex offenders from living within 2000 feet of a school or park. Megan's Law puts the registered address of a sex offender on a website to advise the public of their whereabouts. Expressing the then prevailing Liberal attitude, Megan's Law was opposed by outgoing San Diego Sheriff, Bill Kolender as violating the sex offender's "right to privacy".

These laws have widespread public support, but the result is the opposite of public expectation. Experience now shows that there is less protection for our kids as more sex offenders claim homelessness and the 16 member California Sex Offender Management Board provides (at taxpayer expense) group homes for sex offenders in residential neighborhoods. 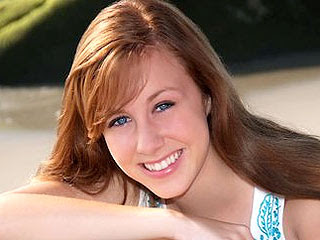 In other words, in California, taxpayers spend millions in the search and recovery of victims, millions more for the investigation and trial of the sex offender, and then millions more for incarceration, rehabilitation, and parole. But no matter how many laws are passed by the Legislature or by the voters by Initiative petition, and no matter how much money is spent, the result is more predators, more raped and dead kids, and more terrified and angry neighborhoods.

The System of bloated bureaucracies provides lengthy and expensive "justice" for the predator--but does not protect our kids.

In Washington D.C., there are too-numerous-to-count groups to protect the condor, the polar bear, and the wolf. There's a great effort to track and document the numbers and the movement of these precious animals. Where are the groups tracking and documenting the wolves who prey on our children ?

Not too long ago in our country, molesting a child resulted in death to the molester--swift and sure justice for the victim and the victim's family. In those old days, incidents of child sex predators were few and far between. Not any more. The liberal faith in rehabilitation and opposition to punishment of criminals coupled with a sex saturated culture has produced an epidemic of sex predators aimed right at our kids.

Protecting children from violent sex predators should be the highest priority for government. Pretending to do so while pandering to liberal constituencies, building huge union dues paying indifferent bureaucracies, and allowing the problem to get so much worse has enraged the public.

In Chelsea King's name, stop the charade. Protect the kids. Let Chelsea be the last victim of a sex predator and the System that released him.