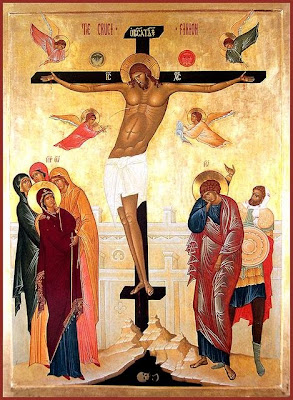 When the stock market is receding to the levels of a decade ago, and no one agrees on what to do, the coming of the season of penitence might seem easy enough to overlook. Or, relevant enough to engage every fiber of mind and body and spirit.

Boy, do we humans blow it at times! Are we moronic (or worse)! Such are Lent's logical lessons: hard to grasp when the hedge funds are soaring, and borrowing to buy a house is easy as driving up to one and walking in.

The Christian church prescribes the 40 days before Easter as the occasion for soul-searching and accountability seeking. Here is the Book of Common Prayer on the subject: " … Create and make us new and contrite hearts, that we, worthily lamenting our sins and acknowledging our wretchedness … "

Jeepers. Sins! Wretchedness! Us, you mean? Little ol' us, who never pass a dog whose ears we don't scratch or a panhandler with whom we don't consider sharing a few cents? We're … we're … "nice," is the word. The odds are Bernie Madoff considers himself nice. So, too, Al Sharpton, ex-Sen. Ted Stevens, Vladimir Putin, Hugo Chavez and other such worthies, whose recent functioning haven't impressed many. Republicans would include Democratic tax-dodgers in the list; Democrats would list Republican so-called "regulators."

We're all "nice" in our way. We're also not nice a lot of the time: stupid, greedy, conniving, self-centered, materialistic, callous, abandoned, selfish … you get the idea.

The Christian churches, I say, designate Lent as the annual opportunity for reflecting on our not-niceness: acknowledging it, then doing something about it through the instrumentality of considered repentance, capped by divine forgiveness.

You know how those people go around on Ash Wednesday with the black smudges on their foreheads? That's the preliminary confession -- of messes made, due essentially to the good old human preference for putting Self first. You can squeeze in the necessary repentance for such delusions during Lent, but you're encouraged not to waste time.

A lot of modern people (including some who took too many science courses) resist the snake-and-fruit part, but that resistance comes in the face of powerful evidence that something is out of kilter, human-wise. Was it just lack of government oversight that brought down the banks and the market, or was it something more basic, something deadlier by far?

The Lenten account of the human plight -- Lent being a Christian season, with all that emphasis on repentance and divine forgiveness -- can give offense to the religious skeptic. But the sneaking feeling that there might be something to the account gets stronger in seasons like this, as opposed to seasons when, every time we roll the dice, they come up seven. Christian proclaimers, it strikes me, rarely make as much as they could of the human-insufficiency point, viewed against the backdrop of History and Events. If, broadly speaking, we're fine, how to explain (just for instance) World War I, World War II, Hitler, Stalin, Mao, racial animosity, outrages, panics, crime, oppression, wrong deeds and advice of every kind?

There's nothing wrong? Tell us another one. Tell us how -- among other things -- we blew a 14,000-plus stock market average. How we lost consciousness of human life, at whatever stage, as a precious gift. Why Darfur? Why the Taliban? Tell us.

One could go on. It might be taken for preaching. Wouldn't want that, would we? It might block views of the "truth" that in a democratic society human values are equal, that no idea (with political exceptions) deserves preference over another idea.

Lent comes just in time, one might be forgiven for supposing politely.
Posted by jtf at 9:05 AM