Music Review: No Line on the Horizon by U2 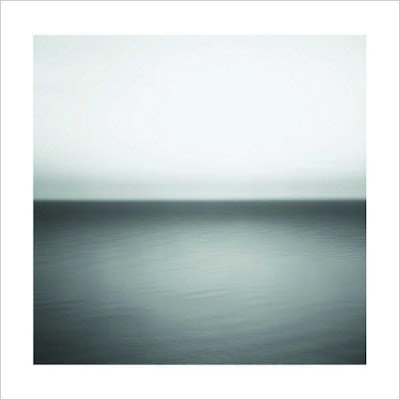 "I was born to sing for you/I didn't have a choice but to lift you up," Bono declares early on this album, in a song called "Magnificent." He does it in an oddly low register, a heated hush just above the shimmer of the Edge's guitar and the iron-horse roll of bassist Adam Clayton and drummer Larry Mullen Jr. Bono is soon up in thin air with those familiar rodeo yells, on his way to the chorus, which ends with him just singing the word "magnificent," repeating it with relish, stretching the syllables.

But he does it not in self-congratulation, more like wonder and respect, as if in middle age, on his band's 11th studio album, he still can't believe his gift — and luck. Bono knows he was born with a good weapon for making the right kind of trouble: the clean gleam and rocket's arc of that voice. "It was one dull morning/I woke the world with bawling," he boasted in "Out of Control," written by Bono on his 18th birthday and issued on U2's Irish debut EP.

He is still singing about singing, all over No Line on the Horizon, U2's first album in nearly five years and their best, in its textural exploration and tenacious melodic grip, since 1991's Achtung Baby. "Shout for joy if you get the chance," Bono commands, in a text-message cadence and drill sergeant's bark, in "Unknown Caller." He leads by example in the ham-with-wry pop of "I'll Go Crazy If I Don't Go Crazy Tonight" — "Listen for me/I'll be shouting/Shouting to the darkness" — then demands his piece of the din in the glam-fuzz shindig "Get on Your Boots": "Let me in the sound!...Meet me in the sound!" God, guilt, love, sin, terrorism and transcendence — Bono juggles them all here, with the usual cracks at his own hubris. ("Stand up to rock stars," he warns in "Stand Up Comedy." "Be careful of small men with big ideas.")

Bono also keeps coming back to the sheer power and pleasure of a long high note and the salvation you can feel in being heard. "I'm running down the road like loose electricity," he jabbers, with some of that nasal acid of the '66 Bob Dylan, through the hard-rock clatter of "Breathe," "while the band in my head plays a striptease."

It is a strange thing to sing on a record that more often reveals itself in tempered gestures, at a measured pace. (The main exception, the outright frivolity of "Get on Your Boots," comes right in the middle, as if the band thought it needed some kind of zany halftime.) Most of the great — and biggest-selling — U2 albums have been confrontational successes: the dramatic entrance on 1980's Boy; the spiritual-pilgrim reach of 1987's The Joshua Tree; the electro-Weimar whirl of Achtung Baby; the return to basics on 2004's How to Dismantle an Atomic Bomb. Produced by the now-standard trio of Brian Eno, Daniel Lanois and Steve Lillywhite, No Line on the Horizon is closer to the transitional risks — the Irish-gothic spell of 1984's The Unforgettable Fire, the techno-rock jet lag of 1993's Zooropa — but with a consistent persuasion in the guitar hooks, rhythms and vocal lines. 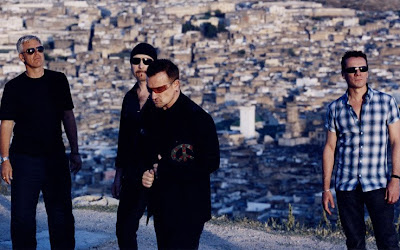 In "No Line on the Horizon," it is the combination of garage-organ drone, fat guitar distortion and Mullen's parade-ground drumming, the last so sharp and hard all the way through that it's difficult to tell how much is him and how much is looping (that is a compliment). The Edge takes one of his few extended guitar solos at the end of "Unknown Caller," a straightforward, elegiac break with a worn, notched edge to his treble tone. "White as Snow" is mostly alpine quiet — guitar, keyboard, Bono and harmonies, like the Doors' "The Crystal Ship" crossed with an Appalachian ballad. "Cedars of Lebanon" ends the album much as "The Wanderer" did on Zooropa, a triumph of bare minimums (this time it's Bono going in circles, through wreckage, instead of Johnny Cash, who sang "The Wanderer") with limpid guitar and electronics suggesting a Jimi Hendrix love song, had he lived into the digital age.

"Fez — Being Born" is the least linear song on this album (no small achievement), a highway ride in flashback images dotted with Bono's wordless yelps and the descending ring of the Edge's guitar. The last lines actually tell you plenty about U2's songwriting priorities: "Head first, then foot/Then heart sets sail." The big irony: Their singer is one of the most insecure frontmen in the business. Bono knows exactly what a lot of you think of his social activism and flamboyant freelance diplomacy. But the flip side of that bravado, in "I'll Go Crazy..." — "The right to appear ridiculous is something I hold dear" — is a running doubt in Bono's lyrics, that he always goes too far ("Stand Up Comedy") and will never be as good as his ideals. The rising-falling effect of the harmony voices around Bono in the long space-walk "Moment of Surrender" is a perfect picture of where he really wants to be, when he gets to the line about "vision over visibility."

And he's sure he'll never get there on his own. "We are people borne of sound/The songs are in our eyes/Gonna wear them like a crown," Bono crows, next to the Edge's fevered-staccato guitar, near the end of "Breathe" — a grateful description of what it's like to be in a great rock & roll band, specifically this one. Bono knows he was born with a voice. He also knows that without Mullen, Clayton and the Edge, he'd be just another big mouth.
Posted by jtf at 8:51 AM