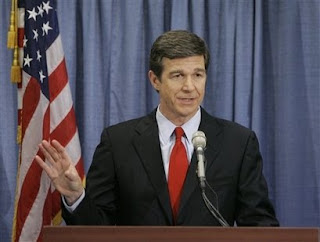 Just before the Attorney General of North Carolina appeared on television to announce his decision on the Duke University "rape" case, one of the many expert TV legal commentators said that Attorney General Roy Cooper would probably use the words "insufficient evidence" but not the word "innocent" in dismissing the case.

As it turned out, the Attorney General did use the word "innocent," saying that he and his staff considered the accused students innocent. It was the only decent thing to do.

Anything less would have let the ugly accusation follow them for life and, years from now, when all the details of this sordid story have long since been forgotten, hang over their heads with a suspicion that they got off on some legal technicality.

What a difference a year makes. A year ago, there was a lynch mob atmosphere against the accused students -- from the Duke University campus to the national media, and including the local NAACP and the ever-present Jesse Jackson.

These were affluent white male students and a poor black woman accusing them of rape. For those steeped in the new sacred trinity of "race, class, and gender," what more did you need to know, in order to know which side to come out on?

Duke University suspended the students when charges were filed, cancelled the entire remaining schedule of the lacrosse team for which they played, and got rid of the coach. Former Princeton University president William Bowen -- a critic of college athletics -- and the head of the local NAACP were called in to issue a report, which complained that Duke had not acted fast enough.

Meanwhile, 88 members of the Duke faculty took out an ad in the campus newspaper denouncing racism. Among other things, the ad said, "what is apparent everyday now is the anger and fear of many students who know themselves to be objects of racism and sexism."

As for the demonstrations and threats loudly voiced by some local blacks, in the wake of the accusations against the Duke lacrosse students, the ad said:

"We're turning up the volume in a moment when the most vulnerable among us are being asked to quiet down while we wait. To the students speaking individually and to the protesters making collective noise, thank you for not waiting and for making yourself heard."

This year, after all the charges have collapsed like a house of cards, the campus lynch mob -- including Duke University president Richard H. Brodhead -- are backpedalling swiftly and washing their hands like Pontius Pilate. 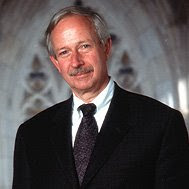 They deny ever saying that the students were guilty. Of course not. They merely acted as if that was a foregone conclusion, while leaving themselves an escape hatch.

What is even more important than clearing the names of the three young men charged with a heinous crime is making sure that the man responsible for this travesty of justice -- District Attorney Michael Nifong -- pays the fullest price for what he did.

The state bar association investigating Nifong needs to understand that this case is much bigger than Nifong.

If prosecutors can drag people through the mud and keep felony charges hanging over their heads, long after all the evidence says the opposite of what they were charged with, then any of us, anywhere, can be put through a living hell whenever it suits the whim or the political agenda of a district attorney.

Much was made of the fact that these Duke students came from affluent families. Lucky for them -- and for all of us. Not everyone has an extra million dollars lying around to fight off false accusations. Their fight is our fight.

This case will send a message, one way or another, to prosecutors across the length and breadth of this country. Either you can get away with dragging people through hell without a speck of evidence -- and in defiance of other evidence -- or you can't.

This case has already sent a message about the kinds of gutless lemmings on our academic campuses, including our most prestigious institutions.