Kinky Friedman: Cowards Kick Away Another Piece of America's Soul 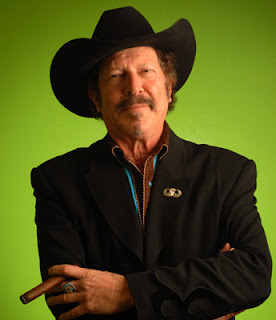 Author, musician and former Texas gubernatorial candidate Kinky Friedman has been friends with Don Imus since 1975, when they met on stage at The Bottom Line.

I met Imus on the gangplank of Noah's Ark. He was then and remains today a truth-seeking missile with the best bull-meter in the business.

Far from being a bully, he was a spiritual chop-buster never afraid to go after the big guys with nothing but the slingshot of ragged integrity. I watched him over the years as he struggled with his demons and conquered them. This was not surprising to me.

Imus came from the Great Southwest, where the men are men and the emus are nervous. And he did it all with something that seems, indeed, to be a rather scarce commodity these days. A sense of humor.

There's no excusing Imus' recent ridiculous remark, but there's something not kosher in America when one guy gets a Grammy and one gets fired for the same line.

Wavy Gravy says he salutes mistakes. They're what makes us human, he claims. And humanity beyond doubt, is what appears to be missing from this equation. If we've lost the ability to laugh at ourselves, to laugh at each other, to laugh together, then the PC world has succeeded in diminishing us all.

Political correctness, a term first used by Joseph Stalin, has trivialized, sanitized and homogenized America, transforming us into a nation of chain establishments and chain people.

Take heart, Imus. You're merely joining a long and legendary laundry list of individuals who were summarily sacrificed in the name of society's sanctimonious soul: Socrates, Jesus, Galileo, Joan of Arc, Mozart and Mark Twain, who was decried as a racist until the day he died for using the N-word rather prolifically in "Huckleberry Finn."

Speaking of which, there will always be plenty of Al Sharptons and Jesse Jacksons around. There will be plenty of cowardly executives, plenty of fair-weather friends, and plenty of Jehovah's Bystanders, people who believe in God but just don't want to get involved. In this crowd, it could be argued that we need a Don Imus just to wake us up once in a while.

There probably isn't a single one of Imus' vocal critics who come anywhere close to matching his record of philanthropy or good acts on this earth.

Judge a man by the size of his enemies, my father used to say. A man who, year after year, has raised countless millions of dollars and has fought hand-to-hand to combat against childhood cancer, autism, and SIDS - well, you've got a rodeo clown who not only rescues the cowboy, but saves the children as well.

I believe New York will miss its crazy cowboy and America will miss the voice of a free-thinking independent-minded, rugged individualist. I believe MSNBC will lose many viewers and CBS radio many listeners.

Too bad for them. That's what happens when you get rid of the only guy you've got who knows how to ride, shoot straight and tell the truth.
Posted by jtf at 6:43 AM

Email ThisBlogThis!Share to TwitterShare to FacebookShare to Pinterest
Labels: Media and Culture, Race