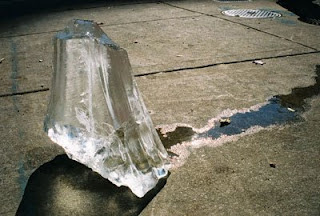 Reports of the apocalypse have been greatly exaggerated.

As Earth Day dawns for the 38th year, climate change tops the agenda of environmental activists, thanks to former Vice President Al Gore’s Oscar-winning documentary and a flurry of scientific studies attempting to make sense of our planet’s dynamic climate.

The Supreme Court has even entered the act, ordering the Environmental Protection Agency (EPA) to regulate the emission of carbon dioxide and other greenhouse gases.
But don’t invest your life’s savings in windmills and solar-powered air conditioners just yet. While the earth does seem to have warmed slightly over the past century, the causes and implications are anything but clear. Moreover, the last ten years have seen a global plateau in temperature change.
Those who claim that we’re racing towards a fiery apocalypse are simply not basing their views on science. In fact, some scientists are now hypothesizing that we’ll see a cooling period in the near future, as we saw from 1940 to 1975.
So what are the facts?
As for hard data, the growth in carbon emissions is far slower than ecodoomsters would have us believe. Since monitoring began in the 1950s, the concentration of carbon dioxide in the atmosphere has grown by 0.41 percent per year, with only a slight uptick in the rate of change after economic development became widespread in the 1980s.
As for the United States, the rate of growth for carbon-dioxide emissions is falling to a level half what it was in the 1990s. And as our economy continues to change, the amount of greenhouse gas America emits per dollar of economic output is also plummeting.
Finally, methane emissions—another greenhouse gas that is 23 times more potent than carbon dioxide—are actually declining in the United States.
Since 1990, the baseline year of the Kyoto Protocol, methane emissions have dropped by 12.8 percent. This reduction of approximately four million metric tons represents an equivalent reduction of about 90 million metric tons of carbon dioxide. Continued reductions in methane may make worries about carbon dioxide moot.
Most climate scientists did not forecast this enormous reduction in methane emissions, largely because it did not fit neatly into the accepted paradigm that climate change was an entirely human-induced phenomenon. This viewpoint took a further hit when the United Nations announced that livestock accounted for the emission of 18 percent of total greenhouse gases last year.
But even if global warming isn’t the nightmare it’s cracked up to be, one question remains: Is the environment getting better or worse? No one can say for sure. But actual environmental data from the past year or two show some promising improvements.
First, reforestation efforts are gaining steam across the world. Consequently, the net loss of forests is declining, according to the U.N.’s 2005 Global Forests Resources Assessment. This is a welcome trend, given that forests are believed to mitigate global warming by breathing in carbon dioxide and exhaling oxygen.
Counterintuitively, much of this forest increase seems to correlate with economic growth. A report from the Proceedings of the National Academy of Sciences found that “no nation where annual per-capita gross domestic product exceeded $4,600 had a negative rate of growing stock [forest] change.”
This is great news for developing countries, as continued global efforts to foster their economic development will also help sustain their forests. China, in particular, gained over four million hectares of forest area per year between 2000 and 2005.
Second, America’s air quality continues to improve.
Since the EPA first started monitoring (and regulating) air pollutants some 30 years ago, concentrations of particulates like carbon monoxide and nitrogen oxides have dropped precipitously. This has contributed to lower levels of ozone, a pollutant that disrupts breathing and traps heat when present in the troposphere, or the part of the atmosphere closest to the ground. In fact, ozone levels last year were the second lowest—after 2004 — since the 1970s.
So let’s celebrate this Earth Day with a sigh of relief. Reports of the apocalypse have been greatly exaggerated.
— Sally C. Pipes is president and CEO of the Pacific Research Institute.
Posted by jtf at 7:25 AM