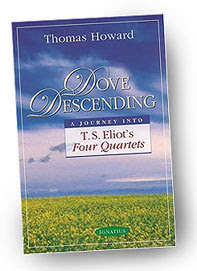 T.S. Eliot is considered by many to be the most important and influential poet of the 20th century and his Four Quartets is perhaps his finest poem and greatest literary achievement. Dove Descending is a journey into the beauties and depths of Eliot's masterpiece written by Dr. Thomas Howard, bestselling author, professor and critic.

In his line-by-line commentary, Howard unravels the complexities of the sublime poem with such adept adroitness that even its most difficult passages spring to life. During his many years as a professor of English and Literature, Howard taught many classes about Four Quartets and developed what he calls "a reading" approach to its concepts that renders the poem’s meaning more lucid for the reader. Dove Descending reunites the brilliant insights of a master teacher whose understanding and love of Eliot’s writings are shared here for the great benefit of the reader.

Dove Descending is the first in-depth exposition of Eliot's masterwork ever published and the fruit of Howard's many years of teaching Eliot and his unique understanding of the complexities of the great poem. It is a must-have book for fans of T. S Eliot, and anyone who wants to understand his greatest work. 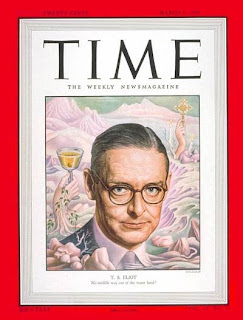 IgnatiusInsight.com: When was your first encounter with the poetry of T.S. Eliot? What was your impression of it? What attracted you to it?

Thomas Howard: I think my first real encounter with Eliot's poetry occurred during my doctoral studies at New York University. I signed up for a course in his work. It was all extraordinarily demanding, but turned out to be glorious. My first impression, like everyone else's, was of almost impenetrable difficulty. But as I read on (very slowly) it was as though an enormous sunrise swam into view.

IgnatiusInsight.com: How did Eliot, via his poetry and critical works, influence other poets and writers? What has been his impact on poetry?

Howard: Eliot had a vast influence for several decades in the English-speaking world, during which he enjoyed an eminence that few writers achieve during their lifetime. But it gradually dawned on the academic world and the world of the arts that Eliot was extolling an unabashedly Christian vision of things, and he was virtually exiled from English departments. He said things that the 20th century did not at all like to hear, most notably that undiluted Christian orthodoxy judges the whole modern enterprise.

IgnatiusInsight.com: Why should Eliot be read today?

Howard: Why read Eliot now? Because he speaks of what he called "the permanent things."

IgnatiusInsight.com: How would you describe the significance and value of Four Quartets? Is this poem a good place to first meet Eliot for those who haven't read his work before?

Howard: In my opinion, Four Quartets should take its place with other monuments that bespeak the Christian vision, e.g., Dante's work, Chartres cathedral, Bach's B-minor Mass, Mozart's Requiem, and van Eyck's painting of The Adoration of the Mystic Lamb. But there is no easy "starting point" for one approaching Eliot's work. It is as difficult as scaling Everest–and at least as rewarding. But a new reader needs some help. 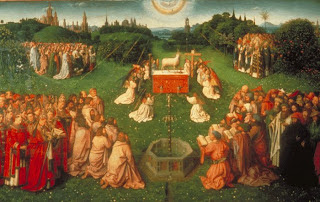 Adoration of the Lamb by van Eyck

IgnatiusInsight.com: Why did you write Dove Descending? What sort of approach do you take to the poem?

Howard: I wrote Dove Descending because I loved Four Quartets, I knew people found it almost impossible to understand, and I wanted to give them some help in entering the almost unimaginably glorious precincts of Eliot's vision.

IgnatiusInsight.com: Could you discuss briefly a specific section or line in Four Quartets that provides a good example of Eliot's style, approach, or use of imagery?

Howard: One suggestive line from Four Quartets might be: ". . . the still point of the turning world." Here Eliot draws us, in his inexorable way, to the center of things, around which whirl all of the distractions which we all pursue in order to avoid coming to terms with sheer, implacable Reality. He speaks also of our being "distracted by distraction from distraction."

IgnatiusInsight.com: There are many commentaries about "The Wasteland," Eliot's first great poem. Why haven't many (or any) been written about Four Quartets? Does this reflect a bias against the Christian Eliot as opposed to the pre-Christian Eliot?

Howard: Eliot's early poem "The Waste Land" made him (everyone felt) the spokesman for our 20th century angst, which was breathlessly fashionable: how beleaguered we modern men all are with the ambiguities of existence, etc, etc, etc. Years later he wrote what is in my opinion his magnum opus, the Four Quartets. But this poem draws us to the center of the Christian mysteries, and most people don't want to trouble themselves with all of that. Hence the (probably) more enduring interest of the earlier poem, although I would not be surprised to learn that even "The Waste Land" is no longer read, since Eliot and all of his works are very un-politically-correct, in the view of contemporary academia and the intelligentsia.

IgnatiusInsight.com: How would you describe Eliot's views of classical poetry and of modern poetry? Is Eliot the modern poet?

Howard: Eliot, of course, had his sensibilities formed by traditional poetry. But he felt that each epoch must speak in the patois, so to speak, of its own time, and hence the poetry of the 20th century could not simply take up l7th or l9th century ways of saying things poetically. I suppose that he liked the conventions of modern poetry, and knew that he had no choice in the matter. He could not copy Tennyson, Wordsworth, or even Dante. He had to do what they did, namely, speak in the language of their own times. In my view Eliot is indeed the Modern Poet. But that would be the view of an almost invisible minority.

IgnatiusInsight.com: After all of your years of studying and reading it, what brings you back to Four Quartets? 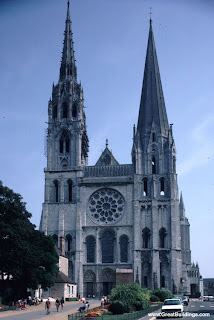 • The Power of Poetry Interview with Joseph Pearce about Flowers of Heaven: One Thousand Years of Christian Verse

• Well-Versed in Faith Selections from Flowers of Heaven: One Thousand Years of Christian Verse, compiled by Joseph Pearce

• The Measure of Literary Giants An Interview with Joseph Pearce

Thomas Howard was raised in a prominent Evangelical home (his sister is well-known author and former missionary Elisabeth Elliot), became Episcopalian in his mid-twenties, then entered the Catholic Church in 1985, at the age of fifty. Howard is a highly acclaimed writer and scholar, noted for his studies of Inklings C.S. Lewis ( Narnia & Beyond: A Guide to the Fiction of C.S. Lewis [2006, 1987]) and Charles Williams (The Novels of Charles Williams [1991]), as well as books including Christ the Tiger (1967), Chance or the Dance? (1969), Hallowed be This House (1976), Evangelical is Not Enough (1984), If Your Mind Wanders at Mass (1995), On Being Catholic (1997), The Secret of New York Revealed, and Lead, Kindly Light: My Journey to Rome, the story of his embrace of Catholicism. His new book is Dove Descending: A Journey Into T.S. Eliot's Four Quartets.

Read more about and by Thomas Howard here.

Visit the Insight Scoop Blog and read the latest posts and comments by IgnatiusInsight.com staff and readers about current events, controversies, and news in the Church!