They Hate Our Guts

And they’re drunk on power.

Perhaps you’re having a tiny last minute qualm about voting Republican. Take heart. And take the House and the Senate. Yes, there are a few flakes of dander in the fair tresses of the GOP’s crowning glory—an isolated isolationist or two, a hint of gold buggery, and Christine O’Donnell announcing that she’s not a witch. (I ask you, has Hillary Clinton ever cleared this up?) Fret not over Republican peccadilloes such as the Tea Party finding the single, solitary person in Nevada who couldn’t poll ten to one against Harry Reid. Better to have a few cockeyed mutts running the dog pound than Michael Vick. 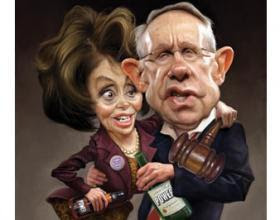 I take it back. Using the metaphor of Michael Vick for the Democratic party leadership implies they are people with a capacity for moral redemption who want to call good plays on the legislative gridiron. They aren’t. They don’t. The reason is simple. They hate our guts.

They don’t just hate our Republican, conservative, libertarian, strict constructionist, family values guts. They hate everybody’s guts. And they hate everybody who has any. Democrats hate men, women, blacks, whites, Hispanics, gays, straights, the rich, the poor, and the middle class.

Democrats hate Democrats most of all. Witness the policies that Democrats have inflicted on their core constituencies, resulting in vile schools, lawless slums, economic stagnation, and social immobility. Democrats will do anything to make sure that Democratic voters stay helpless and hopeless enough to vote for Democrats.

Whence all this hate? Is it the usual story of love gone wrong? Do Democrats have a mad infatuation with the political system, an unhealthy obsession with an idealized body politic? Do they dream of capturing and ravishing representational democracy? Are they crazed stalkers of our constitutional republic?

No. It’s worse than that. Democrats aren’t just dateless dweebs clambering upon the Statue of Liberty carrying a wilted bouquet and trying to cop a feel. Theirs is a different kind of love story. Power, not politics, is what the Democrats love. Politics is merely a way to power’s heart. When politics is the technique of seduction, good looks are unnecessary, good morals are unneeded, and good sense is a positive liability. Thus Democrats are the perfect Lotharios. And politics comes with that reliable boost for pathetic egos, a weapon: legal monopoly on force. If persuasion fails to win the day, coercion is always an option.

Armed with the panoply of lawmaking, these moonstruck fools for power go about in a jealous rage. They fear power’s charms may be lavished elsewhere, even for a moment.

Democrats hate success. Success could supply the funds for a power elopement. Fire up the Learjet. Flight plan: Grand Cayman. Democrats hate failure too. The true American loser laughs at legal monopoly on force. He’s got his own gun.

Democrats hate productivity, lest production be outsourced to someplace their beloved power can’t go. And Democrats also hate us none-too-productive drones in our cubicles or behind the counters of our service economy jobs. Tax us as hard as they will, we modest earners don’t generate enough government revenue to dress and adorn the power that Democrats worship.

Democrats hate stay-at-home spouses, no matter what gender or gender preference. Democratic advocacy for feminism, gay marriage, children’s rights, and “reproductive choice” is simply a way to invade -power’s little realm of domestic private life and bring it under the domination of Democrats.

Democrats hate America being a world power because world power gives power to the nation instead of to Democrats.

And Democrats hate the military, of course. Soldiers set a bad example. Here are men and women who possess what, if they chose, could be complete control over power. Yet they treat power with honor and respect. Members of the armed forces fight not to seize power for themselves but to ensure that power can bestow its favors upon all Americans.

This is not an election on November 2. This is a restraining order. Power has been trapped, abused and exploited by Democrats. Go to the ballot box and put an end to this abusive relationship. And let’s not hear any nonsense about letting the Democrats off if they promise to get counseling.

P. J. O’Rourke, a contributing editor to The Weekly Standard, is the author of a new book, Don’t Vote: It Just Encourages the Bastards (Atlantic Monthly Press).

Photo Credit: Jason Seiler
Posted by jtf at 6:43 AM