Books read by professionals around world 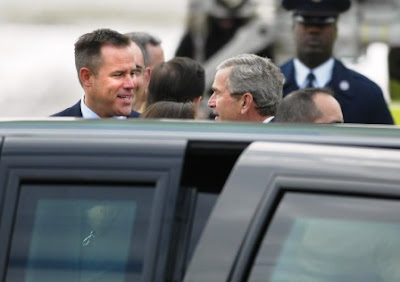 Shortly after 9/11, then-White House Deputy Chief of Staff Joe Hagin reportedly dumped copies of best-selling author Vince Flynn’s novel “Transfer of Power” onto the table in the White House Situation Room in front of his staff.

“‘Everyone needs to read this. We need to come up with a plan,’” said Flynn, recalling the story he was told by Hagin about how his book about terrorists violently raiding the White House and penetrating the West Wing inspired a real-life White House evacuation plan.

Flynn, whose 11th novel, “American Assassin,” was released last week, told an audience Wednesday night in Simi Valley that he likes when his books inspire others to think outside the box, especially when it comes to fighting terrorism.

That’s why, he said, some of the information in his books is not off-limits.

“If (the terrorists are) thinking of it, we need to be thinking about it. What these books have done is that they’ve opened a lot of people’s eyes in Washington,” said Flynn at the Ronald Reagan Presidential Library and Museum.

Melissa Giller, director of communications and programs for the Ronald Reagan Presidential Library Foundation, said the 44-year-old Flynn is the first author the library has hosted who didn’t work for Reagan and who’s not in the political or military arena.

His books are read by most of the presidents, foreign heads and intelligence professionals around the world and are taken very seriously because of their thorough research, she said.

Flynn’s books feature CIA super-agent Mitch Rapp, and they are known to carry prescient warnings about the rise of Islamic radical fundamentalism and terrorism.

“American Assassin” discusses the issue of torture, targeted assassinations and the need for America to take an aggressive stance in fighting its enemies.

Flynn said he grew up as a teenager admiring Reagan, and it was a huge honor to be speaking at the library.

“I have always wanted to be a New York Times best-seller, and I’ve accomplished that and it feels great. But there are a lot of things in my life along that journey that I couldn’t have predicted that are also great. One of them is this evening, right here,” Flynn said.

Flynn talked about how former presidents Bill Clinton and George W. Bush told him they were big fans of his work, and that Bush has jokingly asked him how he really knows so much inside information, which often comes from interviewing CIA and Secret Service agents.

Flynn said he is currently collaborating on a television series about a NYPD counterterrorism detective with Brian Haig, son of Alexander Haig, who served as secretary of state under Reagan.

A casting call is currently being conducted to choose an actor to play Mitch Rapp on the big screen.

“(A movie) is finally going to happen,” Flynn said.