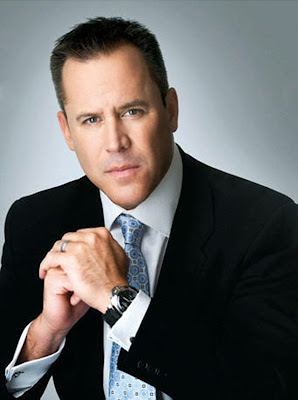 Last week after a packed book signing and lecture at the Ronald Reagan Presidential Library, best-selling political thriller author Vince Flynn (American Assassin, Pursuit of Honor) generously took a few minutes to fill me in on his thoughts about dealing with Hollywood and what looks like his finally soon to go into production first film project.

“Most of Hollywood thinks it has a ‘moral’ mandate to defend the leftist status quo.” Flynn (pictured at left) tells me with conviction. “Their leftist bias won’t allow them to do anything other then make crappy anti-American war movies where America is the bad guy.” Movies nobody goes to see. I get the strong impression that what he’d really like to say is, “When are these snobby elitists going to get their heads out of their asses.”

Flynn published his first book Term Limits fifteen years ago, and it was a runaway hit. So why hasn’t even one of his twelve hugely popular novels made it the screen? He remembers with not a little irony, “After Memorial Day was published (dealing with a possible nuclear attack by terrorists on American soil) Sherry Lansing, the head of Paramount called me and said, ‘I read your book and I hated it. It’s more Bush then Bush.’ My response was ‘Can we at least get on the same page that terrorists blowing up Washington D.C. or New York City would really be a bad thing?’” Lansing meekly agreed.

The first thing that crosses my mind upon meeting the New York Times best-selling writer is that he just might be the real life inspiration for his fictional CIA black ops specialist Mitch Rapp. He’s tall, rugged-looking and likes to shoot – evidently pretty well. If it wasn’t for his friendly and down to earth demeanor you get the idea he could be pretty damn intimidating, too. He would probably make a really great Agency black ops type, except for the fact that such types need to be under the radar and Flynn’s commanding bearing would attract attention in any crowd. Unlike more passive writers Flynn can also raconteur up some really great anecdotes. If Flynn were an actor any studio exec worth his six-figure plus salary would be a fool not to cast him as the provocative and appealing character he has created. 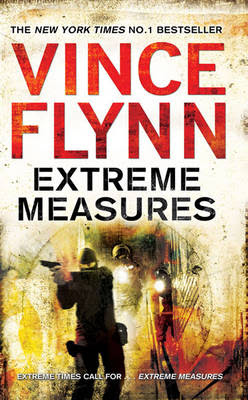 Flynn’s books are so popular they have sold over 12.5 million copies worldwide. “I was one of the writers at a recent gathering of Barnes and Noble’s top ten selling authors. My sales are always up, each book sells better then the last one and except for one new writer I was the only one there who hasn’t had a movie made from one of their books.”

CBS Films and producer Lorenzo DiBonaventura are on the verge of changing that Hollywood slight. Flynn’s Consent to Kill, dealing with a high-end duo of freelance assassins hired by a revenge-seeking Saudi prince, who attempt to eliminate Mitch Rapp has been adapted by screenwriter Jonathan Lemkin and is about to swing into high gear. “Les Moonves at CBS purchased the feature film rights to the Mitch Rapp franchise. It’s taken five years but this is a good group of people, they get it.” Says Flynn with appreciation. Antoine Fuqua of Training Day fame will direct with Gerard Butler and Eric Bana amongst others being considered as Rapp. Though he has no problem with either actor his personal choice would be Bruce Willis, “He’s a little old for the part, but he’s my favorite actor and he could make it work.”

Flynn has had to deal with a lot of foolish film industry types who used to come up with crazy ideas for casting the Mitch Rapp character with some left wing loon like Sean Penn. He shakes his head and gives a sardonic grin, “Like I’m going to let that happen.” Hollywood types should think more then twice before ever trying to cross this writer and his millions of dedicated fans.

From the political backgrounds to CIA field operations, every one of his books is so well researched and excitingly written that his fans include former Presidents George W. Bush and Bill Clinton, as well as a huge number of intelligence, law enforcement and special operations types. His encyclopedic knowledge of the underbelly of international affairs even landed him a gig consulting on a season of conservative producer Joel Surnow’s hit Fox television series “24” several years ago.

When American lives are at stake, Flynn’s Mitch Rapp has no compunction about doing whatever it takes, and I do mean whatever it takes to stop a terrorist or get him to talk. Duplicitous political types, foolish Justice Department investigations and idiotic laws be damned. Yet Flynn’s books are not quickly churned out jingoistic pulp fantasies. Real issues involving everything from interrogation techniques, loyal U.S. Muslims and radical Mosques on American soil, assassination and justified retribution against a fanatical enemy along with their enablers are given complex moral depth and consideration that you don’t find in other War on Terror-themed novels. The deadly solutions Flynn’s characters subscribe to would seem horrifying to naïve, hand-wringing left wingers, but bringing final justice to those who visit terror on innocents and civilians, often Muslim victims in fact, is the author’s brand of common sense national self-preservation. 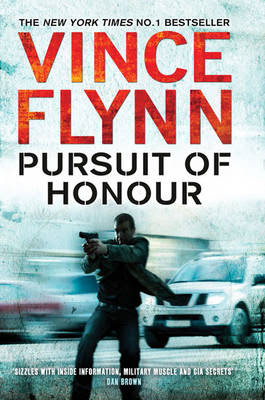 Flynn came to his fictionalizing of the war on terror in such knowledgeable and realistic terms through common sense and passionate curiosity. “Remember back in the eighties when that one guy on the news held up an AK-47 and hollered ‘Death to America!’ I took him at his word, it wasn’t real hard.”

This was in the aftermath of the Marine Corps barracks bombing in Beirut that cost almost 300 American and French lives preceded by the Lockerbie Pan Am attack and others similar deadly terrorist incidents, many of which have worked into the back story of Flynn’s characters. His incredible knowledge of true-to-life espionage and the war on terror has made him a reluctant, but thoughtful prognosticator of terrorist events. His Extreme Measures dealing with Al Qaeda suicide attacks in Washington D.C. was published literally only a month before the similar and deadly Mumbai, India attacks in November of 2008. Transfer of Power published in 1999 dealt with a similar attack on the White House.

His sober prediction for the future, “Unfortunately, I believe we are probably only a year or a year-and-a-half away from a Mumbai-style attack on American soil. Mumbai and other attacks, those were just test runs, things could really get ugly.”
Posted by jtf at 7:37 AM

Email ThisBlogThis!Share to TwitterShare to FacebookShare to Pinterest
Labels: Books and Things, Islam and Terrorism