Michael Jackson, one of the most talented and eccentric performers in pop history, died of apparent cardiac arrest at the UCLA Medical Center in Los Angeles at 2:26 p.m. PT today, June 25th. According to reports, he collapsed in his Los Angeles-area home and paramedics arriving on the scene found the superstar with no pulse; he was immediately rushed to the hospital. Although confusion about his status lingered (a spokesman for Sony Music, Jackson's one-time home, said he was just hearing "rumors" at 3:20 p.m. PT), Jackson was reportedly in a coma, and his death was confirmed just before 3:30 p.m. PT. 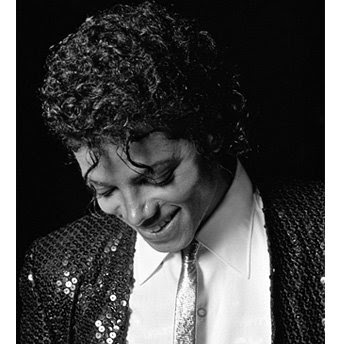 Jackson's health, which has been the source of speculation for nearly two decades, had recently returned to the headlines. Next month, Jackson was set to start a series of 50 sold-out concerts at London's O2 arena, but the singer postponed the first four shows of the "This Is It!" run in May and had reportedly not shown up for some rehearsals.

Over the course of a career that started 40 years ago, with the Jackson 5's first hit, 1969's "I Want You Back," Jackson was a towering and constantly enigmatic presence in pop music — a giant on the level of Presley, Sinatra and Dylan. He set an almost impossibly high standard in pop music on numerous levels: as a record maker (the silky funk and R&B on albums like Thriller and Off the Wall), dancer (his Moonwalk remains one of the most imitated steps), fashion icon (sequined gloves), video auteur (lavish clips for "Beat It" and "Thriller") and record seller (1982's Thriller was the Number One selling album of all time until it was recently deposed by the Eagles' Their Greatest Hits 1971-1975). His singing and music took in gospel, hard rock, funk, and middle-of-the-road balladry, and his vision of himself as an all-around entertainer propelled him to heights rarely seen in pop history.

At the same time Jackson's career was riddled with scandal (a 2005 trial on charges of child abuse allegations, during which he was found not guilty), ego (he demanded that MTV refer to him as "King of Pop") and bizarre publicity stunts (buying the remains of the Elephant Man). He reached an out-of-court settlement with at least one other child-abuse case, for $25 million, which contributed to the other dominating news about him over the last decade: his shaky finances. At various times he was on the verge of losing his Neverland Ranch. He retained an aura both of childlike wonder and canny business instincts (buying the Beatles' song catalog in the '80s).

Born August 29th, 1958, in Gary, Indiana, Jackson first blasted onto the pop scene with his brothers Tito, Jermaine, Jackie and Marlon in the Jackson 5. The quintet, overseen by their domineering father Joseph, was signed to Motown Records by Berry Gordy in 1969 and scored three immediate Number One hits with "I Want You Back," "ABC" and "The Love You Save."

"I'll never forget when Berry called me up and said we just signed this new act, the Jackson 5, five brothers," recalls their former manager, Shelley Berger. "He said, 'I want you to manage them, so come down to the studio and meet them.' It was 10 or 11 o'clock at night. I went to Cherokee recording studio, on Fairfax Avenue in Los Angeles, and I was introduced to these five young men. It was the first time I saw Michael Jackson and I thought, 'Oh my lord.' My favorite entertainer at the time was Sammy Davis Jr., and I thought, 'This is the new Sammy Davis.' "

Starting with 1991's Dangerous, Jackson's record sales began to fall off, and his mix of pop and R&B was supplanted by hip-hop, a genre Jackson never appeared to be comfortable with. By the time of his last studio album, 2001's relative flop Invincible, Jackson's music had taken a back seat to the nonstop oddities in his private life. He was briefly married Lisa Marie Presley in 1993 and then to Debbie Rowe, with whom he had two children; a third, Prince Michael, was born via artificial insemination from an unidentified woman. His London concerts were intended to be the start of his latest attempt at a comeback, and he was reportedly in the midst of recording a new album.

Although his life and music (and even facial appearance) appeared to be a mess over the last decade, Jackson's contributions to pop were undeniable. At a time when black and white audiences were increasingly separated on the radio and charts, albums like Off the Wall and especially Thriller proved that a rainbow coalition of fans was still possible, as it had been in the pre-disco era. With Jackson, musical togetherness was never as off the wall as many thought.