When a Book Reviewer Is In Over His Head 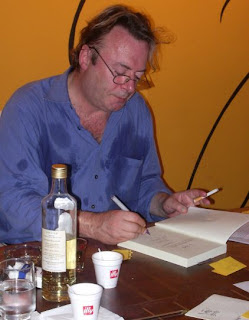 When a Book Reviewer Is In Over His Head
By Robert T. Miller

Here’s the latest example of a fascinating, though depressing, cultural phenomenon. A fellow who clearly knows nothing about a deep and difficult intellectual problem produces a manuscript purporting to resolve the problem definitively. Such a fellow is a crank, you might think, and will quite properly be ignored. But, no, he actually finds a publisher for his book, and a respected one at that. Even more surprisingly, the New York Times commissions a review of the book from a famous columnist, and, instead of exposing the book for the ignorant twaddle that it is, the columnist writes a glowing review. How does this happen?

Generally speaking, of course, it doesn’t. We have social institutions like the New York Times Book Review precisely in order to make sure that it can’t. Given the amount of material published nowadays, it’s essential to be able to sort the good from the bad, and we rely on prestigious publications like the Times Book Review to do part of the work for us. Book reviewers for this paper are expected to know something about the topics of the books they review, and they are expected to exercise informed judgment, separating the serious books from the intellectual junk in a basically fair sort of way. If a book like the one I describe makes it all the way to a positive review in the Times, there has been a serious failure of the epistemic institutions of our society.

And such there has been, and such there commonly are, when the subject is the philosophical treatment of religion. In case you haven’t guessed yet, the book to which I refer above is Christopher Hitchens’ God is Not Great: How Religion Poisons Everything, just out from Twelve/Warner books, and the review (which can be found here) is that of Michael Kinsley, who writes for Time and the Washington Post.

Hitchens has solved, he thinks, some of the deepest problems in metaphysics and the philosophy of religion—or, at least, he would say he had if he realized that there were deep problems at stake here. But, unfortunately, he doesn’t even know what the real problems are, for, to Hitchens, Kinsley writes, “It’s blindingly obvious: the great religions all began at a time when we knew a tiny fraction of what we know today about the origins of Earth and human life. It’s understandable that early humans would develop stories about gods or God to salve their ignorance. But people today have no such excuse. If they continue to believe in the unbelievable, or say they do, they are morons or lunatics or liars.”

As to the arguments Mr. Hitchens adduces, I think it best to let Mr. Kinsley explain in his own words: “The book is full of logical flourishes and conundrums, many of them entertaining to the nonbeliever. How could Christ have died for our sins, when supposedly he also did not die at all? Did the Jews not know that murder and adultery were wrong before they received the Ten Commandments, and if they did know, why was this such a wonderful gift? On a more somber note, how can the ‘argument from design’ (that only some kind of ‘intelligence’ could have designed anything as perfect as a human being) be reconciled with the religious practice of female genital mutilation, which posits that women, at least, as nature creates them, are not so perfect after all?” I would sort out these mistakes if I thought most readers of First Things, or even most people with a passing familiarity with western civilization, needed my help. As it is, I merely note that these are the arguments Kinsley selected from the book as being—in his view—especially clever.

I can understand, just barely, how an intelligent man like Hitchens might make a very bad mistake and write a whole book on a topic without realizing that there is relevant scholarly literature that he ought to have mastered before offering his own views on a subject. I know that I have written some things that I now see to be uninformed, and so I have some sympathy for Hitchens. As to Kinsley, however, in agreeing to review a book, he assumed a responsibility to provide the reading public with an informed and honest judgment, and so in agreeing to review a book that he is obviously incompetent to evaluate he committed more of a breach of trust. I blame him more harshly than I do Hitchens, but let it pass, for perhaps he too somehow never discovered that there is such a thing as the philosophy of religion.

The malfeasance of the editors of the New York Times Book Review, however, is unforgivable. I mean that, if not literally, then at least not merely hyperbolically. For it’s part of an editor’s job, in commissioning a book review, to figure out who’s a competent judge of the book in question. The review of God Is Not Great, along with similar reviews of similar books, shows that the editors at the Times Book Review are not doing their job in a minimally competent way. That means that all their reviews are suspect. The clock at the Times has struck thirteen.

Arnold, as usual, was chiding the Nonconformists for their lack of cultural understanding. That is a fault that can be remedied with sweetness and light. But what to do when the Saturday Review becomes the British Banner and most of a society’s cultural elite can’t tell the difference?

Robert T. Miller is an assistant professor at the Villanova University School of Law.