Mark Steyn: So much news, so little sense 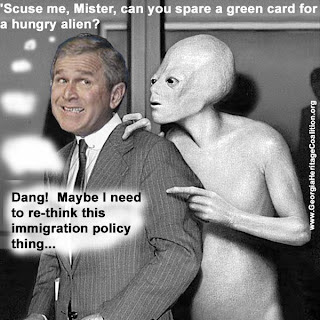 News, news everywhere -- so much one can hardly take it all in:

Item One: In Gaza, Islamic Jihad is planning to send waves of female suicide bombers into action against the Zionist Entity. Asked by an Israeli reporter whether self-detonating ladies enjoy the same 72-virgin deal as the lads, an Arab scholar said no, but that the gals will be served in Paradise by "dwarfs." Snow White got seven dwarfs, but it's unclear whether Blow White will get the full 72: Sleepy, Grumpy, Bashful, etc., all the way down to Incendiary, Non-Alcoholic and Anti-Zionist.

Item Two: From Sikeston, Mo., comes the touching story of a 3-year-old girl and Raymon and Richard Miller, two brothers who happen to be the father and uncle thereof. Unfortunately, they don't know which is which. Four years ago, Holly Marie Adams, who was in town for the rodeo, "slept with" both men on the same day. And in the fullness of time, upon discovering the fullness of her belly, she decided Raymon was the dad and demanded child support.

Raymon decided he saw himself as more of the uncle type, and so dragged his brother into court. What did the DNA results show? Well, they're identical twins, so there's a 99.5 percent probability Raymon's the father and there's a 99.5 percent probability Richard's the father. And, as they're both crying uncle, that suits neither of them. Naturally, Raymon wants the state of Missouri to pick up the child support. Technically, the state of Missouri didn't "sleep with" Holly Marie Adams, though, if it too had been in town for the rodeo that day, its chances would have been better than even.

Given that neither man wants to be the father in any meaningful sense, the famous split decision of the wisdom of Solomon might be in both their interests, if not the little girl's. What passes for heartwarming family sentiment in this case comes from the brothers' mother, who said, "I felt like I had gained a granddaughter but lost my sons."

Item Three: America's bipartisan "comprehensive immigration reform" bill. Just because this story comes above the fold on Page One doesn't mean it's not just as nutty as the foot of page 27 news-in-brief stuff up above. Peggy Noonan's take at the Wall Street Journal bore the sub-headline: "Open Borders? Mass Deportations? How About Some Common Sense Instead?"

Indeed. Everyone wants to sound reasonable and be the chap who charts the middle course between the Scylla of open borders and the Charybdis of mass deportation. But these are not equivalent dangers. The Charybdis of mass deportation is a mythical monster: It does not exist. It will never exist. No politician is arguing for it, and no U.S. agency is capable of accomplishing it. Indeed, even non-mass deportation does not exist. Go on, try it. Go to your local immigration office and say: Hello, boys. Here I am. I'm an illegal immigrant, got no right to be here, been breaking the law for 20 years, but I've seen the light and I want you to deport me back to Mexico, Yemen, you name it. The immigration guys will say: Leave your name and address and we'll get back to you in a decade or three.

But the Scylla of open borders does exist. It's the reality of the situation. What else would you call it when a population the size of Belgium's (the lowball estimate) or Australia's (the upper end) moves onto your land? And with the connivance of multiple state agencies, not to mention those municipalities that proudly declare themselves to be "sanctuary cities?"

In life's rich tapestry, there are bound to be questions to which there are no good answers -- that Missouri paternity suit is one of them. That's how advocates of the "bipartisan compromise" prefer to talk about immigration: difficult business, no ideal solution, and only extremists would pursue such theoretical perfection as "mass deportation."

OK. But whatever happened to non-mass deportation? Not long after Sept. 11 I chanced to be heading north on I-87 between Plattsburgh and Montreal. At the border crossing from Champlain, N.Y., to Lacolle, Quebec, I noticed that what appeared to be a mini-refugee camp had sprung up. It's not often that you see teeming hordes lining up to get into Canada, so I asked the immigration officer what was going on. He rolled his eyes and did a bit of boy-those-crazy-Yanks stuff and then explained that most of the guys waiting to get in were from Pakistan. In the wake of 9/11, the authorities had rounded up various persons of interest in the New York City area. Whether or not they were terrorists, they'd certainly violated immigration law, overstaying visas and so forth. And as a result, many other illegal immigrants from Muslim countries had concluded it was time to liquidate their assets and break for the border. In other words, the roundup of a relatively small number of persons sent thousands more fleeing to Canada. As that Missouri grandma would say, don't look on it as losing a Pakistani illegal but as gaining a Canadian neighbor.

So the question is: Why is enforcement of U.S. immigration somewhere between minimal and nonexistent? By some estimates, half of all illegals have arrived on George W. Bush's watch -- i.e., they broke into a nation at war with borders supposedly on permanent "orange" alert.

To return to the 72-virgin jackpot, even the looniest jihad-inciting imam understands that human nature responds to incentive, to the tradeoff between obligation and reward. But the immigration bill is all reward and no obligations. The only clause that matters is the first one: the mandatory open-ended probationary legal status the bill will confer the moment it's passed. All the rest -- the enforcement provisions on border agents and security fences that will supposedly "trigger" Z-visas and then green cards -- is nonsense, most of which will never happen. If you're "undocumented," you don't care about whether your Z-visa leads to citizenship 15 years from now: What counts is crossing the line from illegal to legal, which in this bill happens first, happens instantly and happens (to all intents and purposes) irreversibly. All the rest is Beltway kabuki.

That Missouri case should remind us that in a wealthy society the knottiest problems are usually the consequences of moral choices. To embed lawbreaking at the heart of American immigration and to allow it to metastasize through the wider society was perverse and debilitating. Most Americans see this differently from Washington and Wall Street. They're pro-immigration but they don't regard it as a mere technicality, a piece of government paper: after all, feeling American is central to their own identity. They rightly revile the cheap contempt the rushed Senate bill demonstrates not just for transparent, honest small-r republican government but for the privilege of being American. Happy Memorial Day.