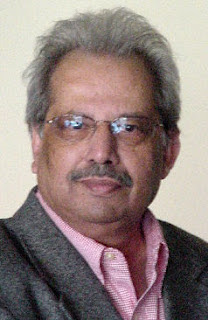 My friend Tashbih Sayyed, a Jihad Watch Board member, died last week. When I got the news, I did not have words, and posted only this. Now, I wanted to try to make up for that.

Tashbih Sayyed was that most rare of human beings: a man absolutely fearless in his commitment to the truth. After 9/11, American Muslim advocacy groups began, with the willing complicity of the mainstream media, to flood the airwaves with a huge mass of disinformation and misinformation about jihad activity in the United States and around the world, and above all about its provenance within Islamic theology and tradition.

Instead of acknowledging that there was a mandate to wage war against unbelievers that was rooted in the Qur'an and Islamic tradition, Islamic spokesmen routinely denied this, and castigated those who contended otherwise as "bigots" and "Islamophobes."

Amid all this Tashbih stood virtually alone as an honest man. He stood out sharply among contemporary Muslim spokesmen and activists by admitting that there was a problem within Islam that needed to be solved. As he once told me: "My whole life is devoted to one end: to make the Muslims understand that their theology needs to be reformed and reinterpreted. Anybody who thinks that there's nothing wrong with their theology is either a blind person or an apologist. There are many things in Muslim Scripture that need to be reshaped and reframed and reinterpreted, so that they cannot be used by terrorists to justify homicide bombings and honor killings."

This stance, of course, earned him ostracism and threats, but Tashbih was undaunted. I will never forget his reaction when I asked him whether he thought I should go ahead and write a sira -- a biography of Muhammad -- as I had been considering doing. He said "Of course you should" so quickly that it took me aback: usually when I broached the idea with people their reaction had been to tell me that if I did write such a book I would be threatened and possibly even killed. But Tashbih never flinched. He went on to explain to me that it needed to be done, that the truth needed to come out about these issues -- and clearly that was all that mattered, as far as he was concerned. He knew that if the world was going to prevail against the global jihadist threat, we would all have to take certain risks. And he himself never hesitated to put his life on the line for the truth.

Would that now we had hundreds, and hundreds of thousands, and millions like him, with his quiet strength, his good humor, and his indomitable and unshakeable love for the truth. If we did, the outcome of this present conflict would not be in the slightest doubt.Tashbih, I am honored that you called me your friend, and I will miss you tremendously. And the forces of civilization have lost a warrior who cannot be replaced.

Robert Spencer is a scholar of Islamic history, theology, and law and the director of Jihad Watch. He is the author of six books, seven monographs, and hundreds of articles about jihad and Islamic terrorism, including Islam Unveiled: Disturbing Questions About the World’s Fastest Growing Faith and the New York Times Bestsellers The Politically Incorrect Guide to Islam (and the Crusades) and The Truth About Muhammad.

Email ThisBlogThis!Share to TwitterShare to FacebookShare to Pinterest
Labels: Islam and The West, Obituaries, Robert Spencer