What Obama Means For Black America 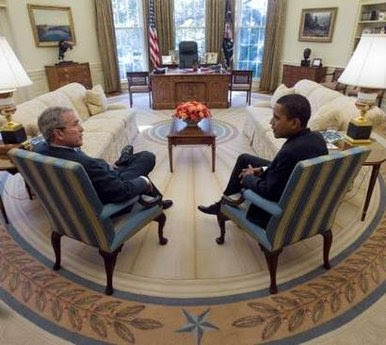 We have heard much about what the election of Barack Obama as president means for America, but less about what it means for black America specifically, beyond surprise and vague notions of hope.

The issue is not only the emergence of the new but the eclipse of the old. Here are some traits of pre-11/4 black America that are now history.

The studious black teen will no longer be tarred as "thinking he's white."

This has been a sad aspect of growing up nerdy for black students since the mid-'60s, when school integration left black students amid wary and often nasty white students. A natural response was a sense of school as the province of the other, i.e. "white."

Since then, black peers have passed this notion down the generations. For decades, there have been innumerable reports of black students faced with a choice between hitting the books and having black friends.

From now on, however, there is a ready riposte to being tarred as "acting white" for liking school: "Is Barack Obama white?"

It's the perfect smackdown--not even the most hardened black teen will disown the heroism of the first black president, in all of his nerdiness.

In the late '60s, black people who had been in middle school a few years before noticed that their siblings were suddenly being called "white" for liking school. Just watch: in 10 years, black people suffering this treatment now will notice that their younger siblings and cousins are not--and Barack Obama will be the reason.

The illusion that Jesse Jackson and Al Sharpton are black America's leaders is now officially dispelled.

Potshots that Jackson's tears during Obama's acceptance speech were over his own eclipse are petty: Jackson was surely as touched as the rest of us. However, the fact remains that his most memorable moments of late have been calling Obama "white" for not protesting in Jena, La., and later suggesting that he be separated from his reproductive organs for warmly advising black men to help raise their kids. In both cases, Jackson looked decidedly un-leaderly, and with Obama having won the day, he now looks antiquarian.

Meanwhile, recall Sharpton during a Democratic debate in 2004, accusing Howard Dean of racism in not having black people in his administration as governor of Vermont. Never mind that only about 3,000 people lived in Vermont, many of them children. Dean had to accept this out of respect to Sharpton as a "leader."

Fast forward: This year, there was no routine with Obama seeking Sharpton's "endorsement." Sharpton's initial harrumphs about Obama's black bona fides, along with warnings that he had yet to "make up his mind," were passing news at best. And who can recall just when Sharpton decided to come around? It didn't matter--Obama is too beyond him. 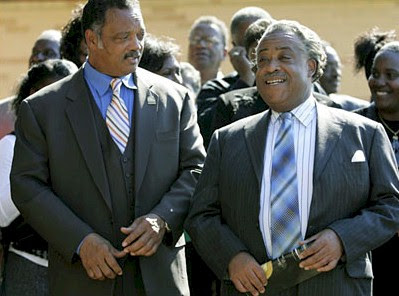 Most black people have always considered Jackson and Sharpton celebrities rather than "leaders." Non-black observers will now have no reason to suppose otherwise--and as such, will give up the talk-radio misimpression that black America lives in thrall to two colorful preachers. Obama's greater gravitas is starkly apparent both in his office and in the substance of his intentions.

While we're at it, black America need no longer worry about the supposed absence of "black leaders"--code for "Where is today's King?" To the extent that we need one, we need only look toward 1600 Pennsylvania Ave., where someone will be ready to lead us into the roiling mainstream of this great nation rather than herding us into self-perpetuating aggrievement.

In that light, the idea that for black people, underdoggism is higher awareness is obsolete.

One of the strangest things about reading black writings of the old days is the ingrained optimism. W.E.B. DuBois in the aughts highlighted blacks making the best of themselves despite obstacles. Zora Neale Hurston bristled at being expected to write of lynchings rather than self-regard and triumph. Many black literati disowned Richard Wright's Native Son as too pessimistic.

But in the late '60s, just as segregation and bigotry began a rapid retreat, it became fashionable to treat black identity as plangent, wary of celebration where whites could hear it, glumly obsessed with tabulating ever-fraying strands of racism. No matter how successful many blacks are, no matter how many interracial couples there are, no matter how few "firsts" are left, we always have much longer to go than we have come. A shoe still hasn't dropped.

Well, it just did.

A black man is president, and black Americans seem to feel like it really means something. As such, we will expect a sea change in the tone of what is considered the authentic black voice. Pollyanna, no. But it will be positive and constructive--as Obama has been on the topic of race--in the way that anyone would assume of a group that truly seeks progress.

- John McWhorter is the author of The Power of Babel: A Natural History of Language, among other books, and has taught linguistics at Cornell and the University of California, Berkeley. He is a senior fellow at the Manhattan Institute.
Posted by jtf at 7:13 AM