Not too long ago Ayaan Hirsi Ali was being interviewed by a Canadian tool (who ultimately went to work for Al-Jazeera), and he kept asking her why she didn't seem to think that American militarism and imperialism and such were just as dangerous as the threat of Islamic jihad and Islamic supremacism. Finally, after several go-rounds about this, she told him that since he had grown up with freedom, he didn't value it, or understand how seriously it was being threatened. 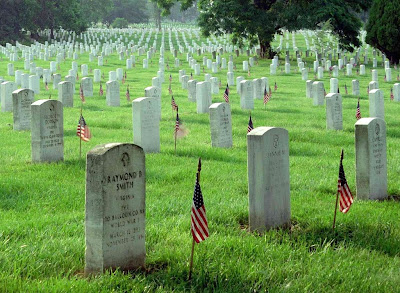 And it was true: for him, and for so many in the U.S. today, Constitutional law, including the non-establishment of religion, is as certain as the air we breathe, and we cannot conceive of the possibility that anything could weaken the principles upon which this nation was founded. The freedom of speech, the freedom of conscience, and the equality of rights of all people before the law -- all these things are unassailable, aren't they?

No, they are being assailed today by increasingly assertive global forces, even as many in the U.S. who once had been aware of the threat turn to other matters. Some have lost interest, others have decided that other issues are more important. Still others have even turned on former allies and comrades-in-arms, opting to pursue imaginary threats rather than actual ones -- or, maybe because they see the way the wind is blowing, they have switched sides. Very few people today are even aware of, much less interested in, the Muslim Brotherhood's "grand jihad" to eliminate and destroy Western civilization "from within, sabotaging its miserable house." And that unawareness and indifference allows this endeavor to proceed apace.

Today, then, we should remember and be grateful to those who gave their lives to secure and protect these freedoms for us -- as if our gratitude could ever be sufficient or adequate. We should ponder the fact that they had to give their lives in order to secure these freedoms. We should remember that if we are not willing to give our own lives, our fortunes, and our sacred honor to protect the unalienable rights enumerated at the founding of this Republic, we will most assuredly lose both them and the Republic itself -- lose them for ourselves and for our children.

- Robert Spencer is a scholar of Islamic history, theology, and law and the director of Jihad Watch. He is the author of seven books, eight monographs, and hundreds of articles about jihad and Islamic terrorism, including the New York Times Bestsellers The Politically Incorrect Guide to Islam (and the Crusades) and The Truth About Muhammad. His latest book, Stealth Jihad: How Radical Islam is Subverting America without Guns or Bombs, from Regnery Publishing came out this month.