Victor Davis Hanson: When Good News is No News 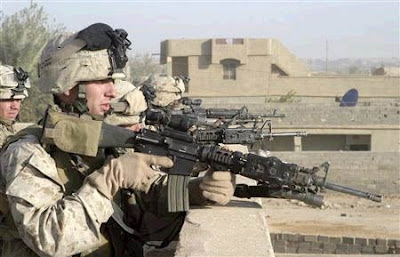 There's an old expression about war: "Victory has many fathers, while defeat is an orphan." But in the case of Iraq, it seems the other way around. We've blamed many for the ordeal of the last four years, but it is the American victory in Anbar province that now seems without parents.

Over the last few months, the U.S. military forced Sunni insurgents in Anbar to quit fighting. This enemy, in the heart of the so-called Sunni Triangle, had been responsible for most American casualties in the war and was the main cause of unrest in Iraq. Even more unexpectedly, some of the defeated tribes then joined in an alliance of convenience with their American victors to chase al-Qaida from Iraq's major cities.

As President Bush recently told U.S. troops about Anbar province: "It was once written off as lost. It is now one of the safest places in Iraq."

But that dramatic turnabout in Iraq is rarely reported on. We know as much about O.J.'s escapades in Vegas as we do about the Anbar awakening or the flight of al-Qaida from Baghdad. When we occasionally do hear about Iraq, it is just as likely through a Hollywood movie - "In the Valley of Elah," "Redacted," "Lions for Lambs" - preaching to us how the U.S. was mostly incompetent or amoral in fighting a hopeless war.

The Abu Ghraib prison scandal of 2004 warranted 32 consecutive days on The New York Times' front page. Congressional appeals for timetables and scheduled withdrawals, amid cries of "fiasco" and "quagmire," were regularly reported this summer. Now, though, there is largely silence in newspaper headlines about the growing peace in Anbar province.

Why this abrupt amnesia about Iraq, given a radical drop in American casualties and entire cities now largely free from serial violence?

Many anti-war critics are so invested in the notion of the Iraq war as the "worst" something or other in U.S. history that they cannot accept the radical turnaround after over four years of war.

Other opponents have simply changed their argument from "Iraq is lost" to "Even if we do win, it will not have been worth the cost." Either way, good news from the front seems to translate into no news.

Even some supporters of the war are leery and hesitant to tout American success. Maybe they remember past optimism over successful elections and the euphoria over the purple fingers - all occurring prior to the Shiite/Sunni sectarian bloodletting of 2006.

New uncertainties elsewhere also overshadow Iraq - the falling dollar, martial law in Pakistan, skyrocketing oil prices, and fear of a soon-to-be nuclear Iran. Amid all that chaos, Iraq may no longer be our chief worry.

The military - unlike the Bush administration - is strangely silent about its recent successes. The caution is not just due to uncertainty over whether the Sunni Triangle will stay won for good.

Instead, the September testimony of Gen. David H. Petraeus, the top U.S. commander in Iraq, and the reaction to it - whether the "General Betray Us" Moveon.org ad or Sen. Hillary Clinton's jab that to believe the general's testimony required a "willing suspension of disbelief" - reminded officers how Iraq will loom large in election-cycle domestic politics. Getting drawn into such politicking is something responsible military leaders try to avoid.

Nevertheless, we may be witnessing one of those radical, unforeseen reversals in America's wars that have often changed our history.

The White House was burned by British forces in late August 1814; a little more than four months later, the British were routed at New Orleans. During the Civil War, the Union army was on the ropes in July 1864 yet outside Atlanta by September. The Germans were driving through France in March 1918, but fleeing toward the Rhine by August. The communists took Seoul in early January 1951, yet were pushed back across the Demilitarized Zone a little more than three months later.

Of course, we don't know the final outcome in Iraq, given the remaining problems of Shiite militias and diehard al-Qaidists - and the question of our own remaining resolve.

The U.S. Army and Marine Corps may well soon stabilize the Iraqi democracy once deemed lost. Or perhaps, in the manner of Vietnam between 1973-5, the public may have become so tired of Iraq - despite the improvement - that it simply wants it out of sight and out of mind.

Either way, history is now being made while we sleep.

Victor Davis Hanson is a classicist and historian at the Hoover Institution, Stanford University, and author, most recently, of "A War Like No Other: How the Athenians and Spartans Fought the Peloponnesian War." You can reach him by e-mailing author@victorhanson.com.
Posted by jtf at 2:01 PM